Now THIS is what we call a GOOD TIME. The official video from this years Money For Trick contest at the Skatepark of Malaga in Spain gives you a look at all the action and good times that went down throughout the day and the madness at the after party! Amazing vibes, excellent riding, dialed film work. You have to give this one a watch! Shout out to Fernando Marmolejo for making this happen!

Also, check out the Money For Trick 2016 Photogallery!

“With 200 registered from all corners of the country and other parts of Europe like UK, grece, Germany or France, “Rubén Alcántara” Skatepark climbed their slat once more… With one of the best bowls of the world, the level in this discipline was unbeatable, people as “Juanillo” from Chile destroyed them minds doing a whip in a 7 mts transfer ,winning 200€ as Best Trick. The “follow me” of Sergio Layos, Kevin Kalkoff and Greg Illingworth left certainly speechless to the public with its incredible airs. After a very cold Monster began the new of this year, the M.O.R.(Money Obstacles race) the truth is that had great acceptance from the riders and that achieved its goal… Disconnecting a little tricks and having fun!! Cristian Toledo made the best time with 11, 37seconds taking 100€!
Then at dirt continued stressing the flow with Miguel Cuesta to the head, as a result took their € 200 for Best Style, some spectacular tricks as 360 Seatgrab Indian’s “juanillo” also did we skip surprised. The Street was savage, many riders wanting to give it all, so we had to make 4 groups to ride well… Courage Adams or Jason Eustathiou certainly is carried several 5€ thanks to its softness and flow. The Canary Javi Castilla won other €200 with the best creativity with a oppo tooth to crank 360… The public was happier than ever with the amount of awards which are pulled from the Truck… over €1000 in stuff like Vans Shoes a United frames/ bars, Oakley Sunglasses or polaroid cameras just by upload a photo on Instagram… And the after party… to say that there are still people’s Party, says it is all!
One more year whith the REAL bmx atmosphere… The event never would have been possible without the unconditional support of Monster Energy and the collaboration of UnitedBMX, Vans, Oakley, BMXUnion and Wallride Mag. 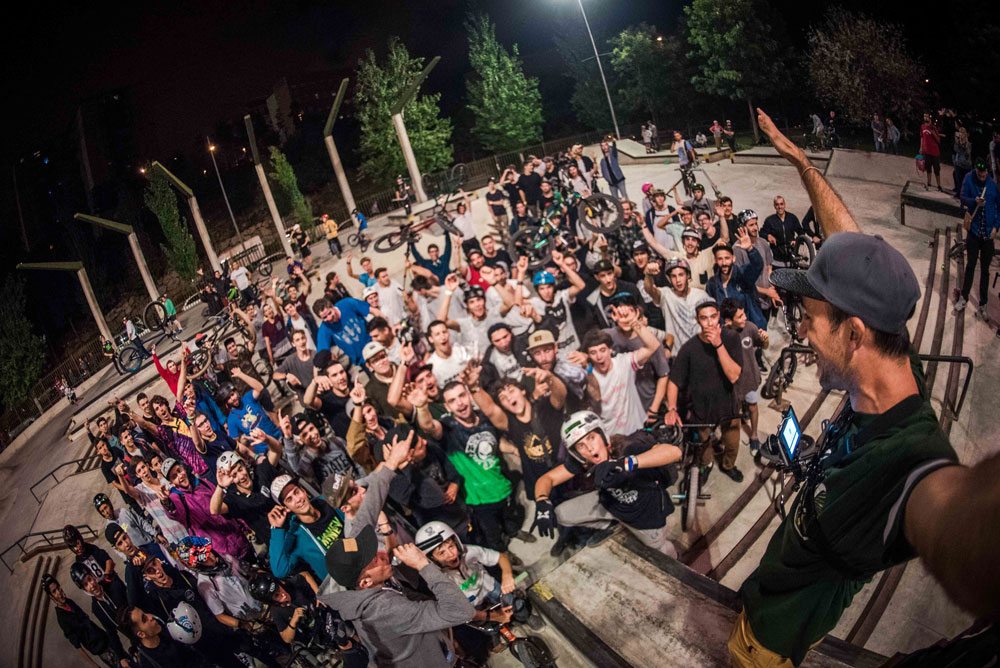 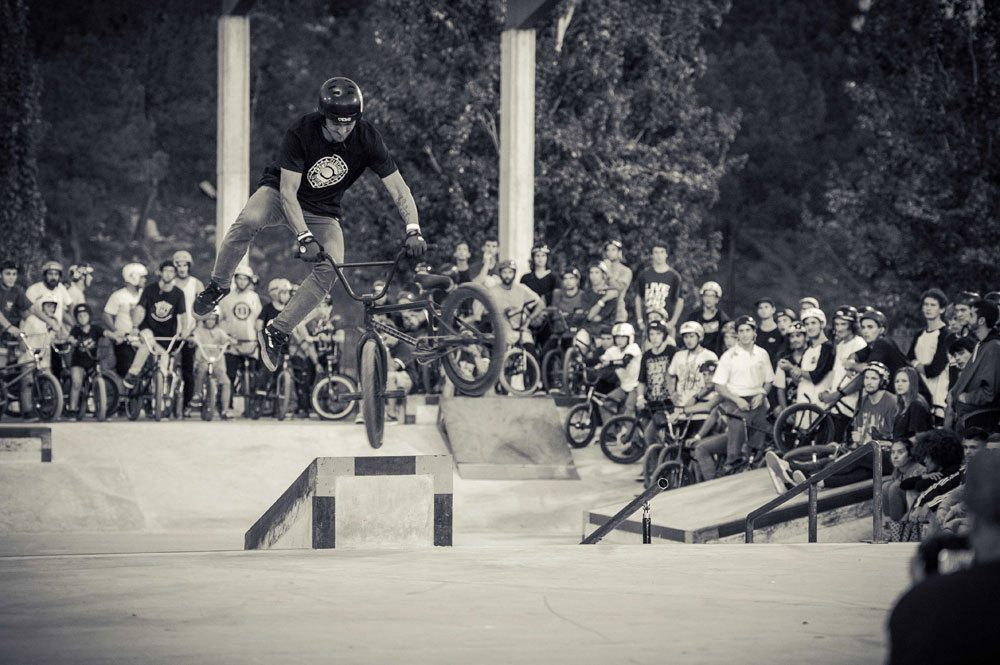 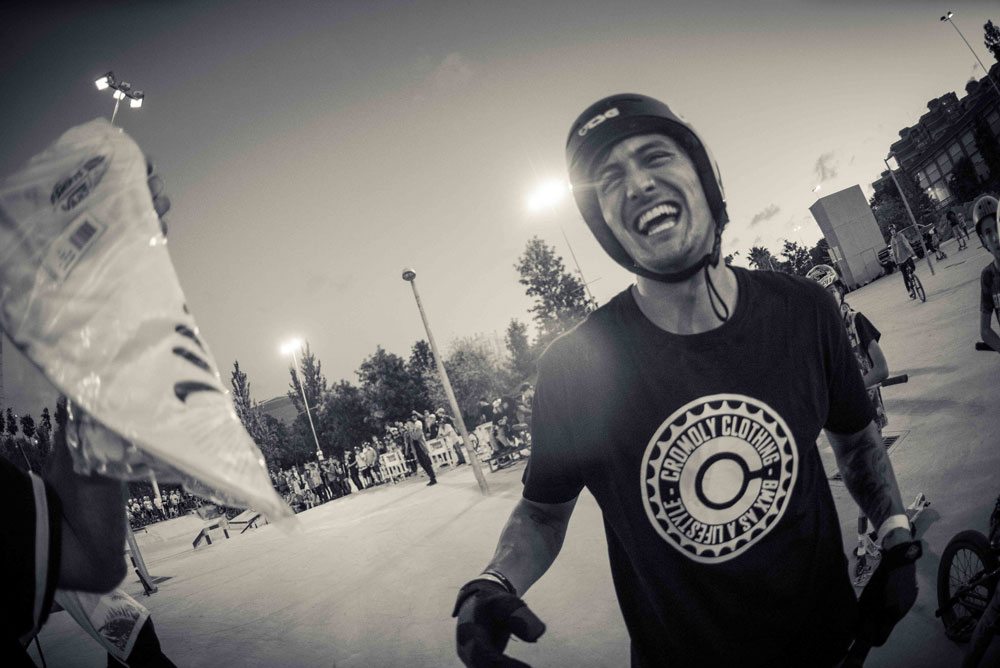 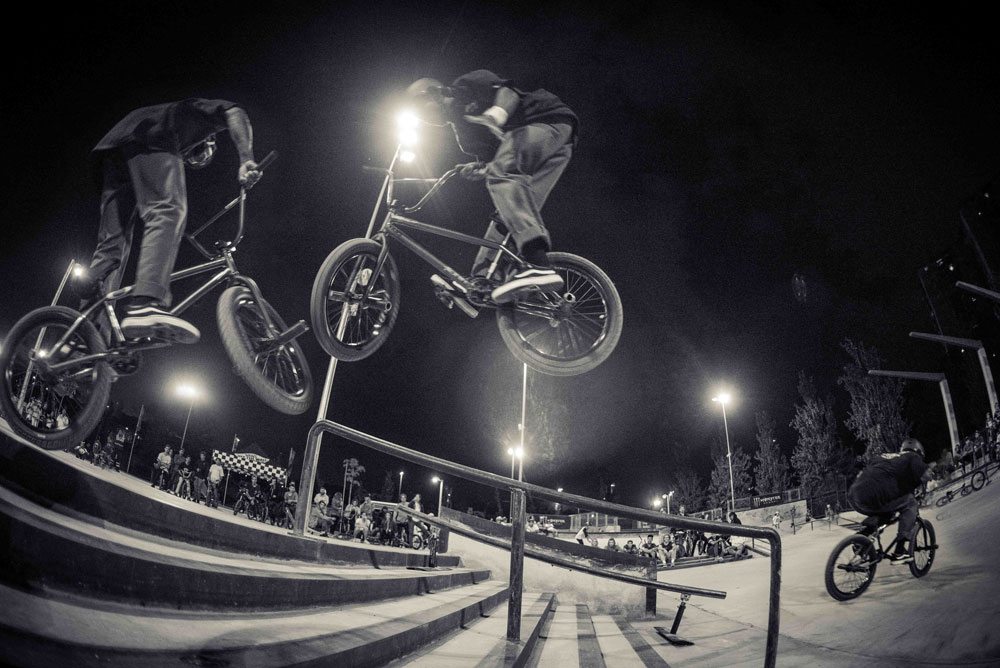 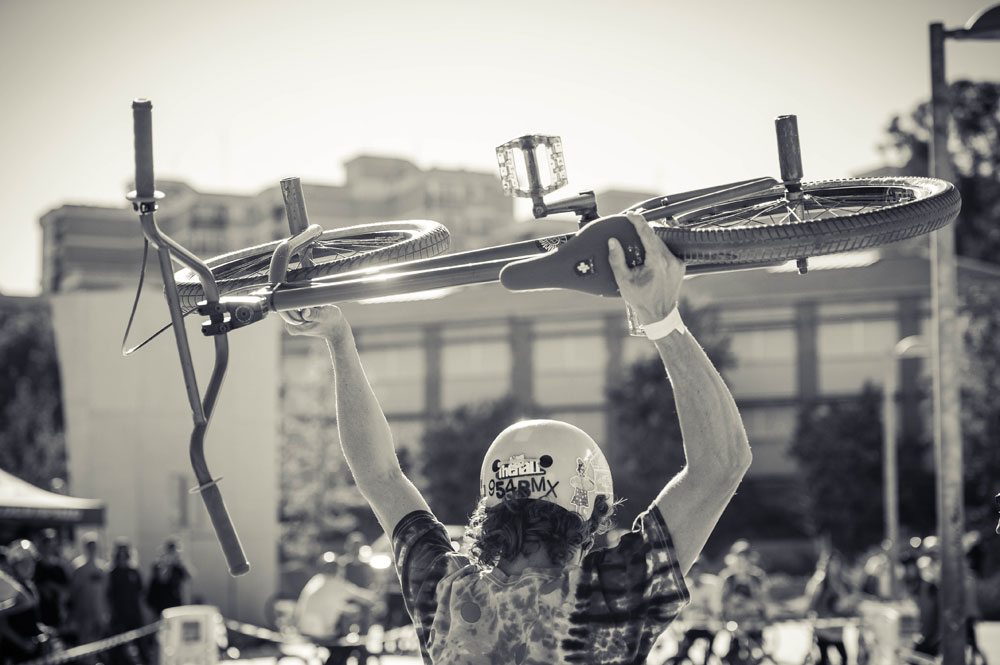 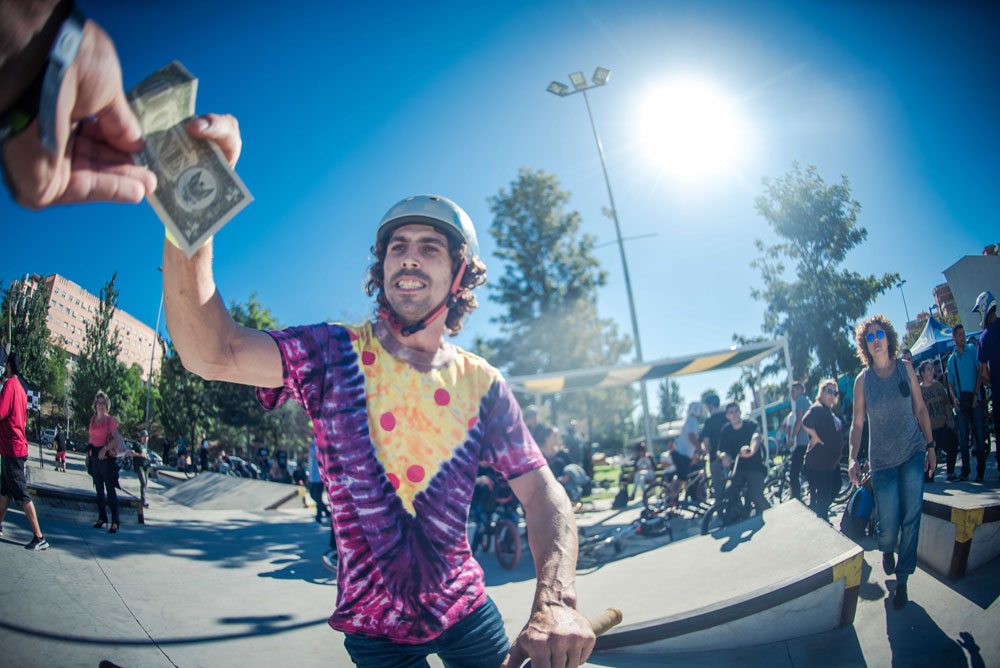 It’s that time of the year again! The Money For Trick contest will be heading back to the Skatepark of Malaga on October 29th with stacks of cash to give out to everyone who shows up and throws down! Check out the teaser above for an idea of what’s to come and more details and photos below! If you can make it to this one, make sure you do it! You won’t be disappointed!

“This year MFT will be in Ruben Skatepark in Málaga, October 29. We will ride in Bowl, street and dirt… but this year we have the M.O.R (Money Obstacles Race) as new. One vs one and the winner in each round wins 5€ hahaha
Riders like Kevin Kalkoff, Greg Illingworth, Jason Eustathiou and Ruben Alcantara will be there to having fun with the guys…” 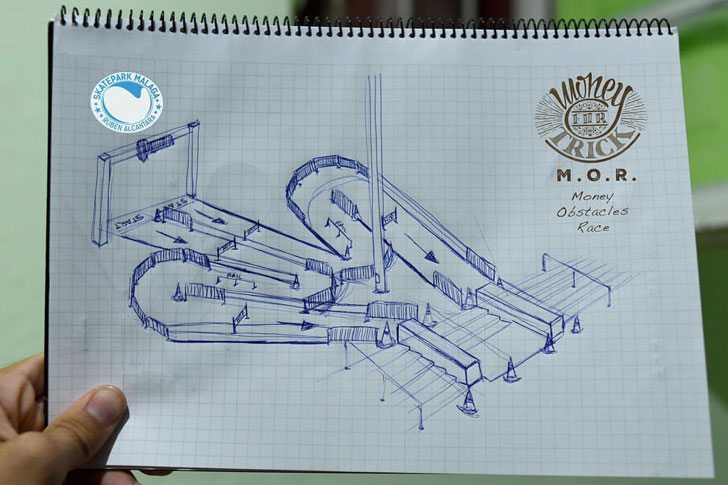 Here’s a drawing of the Obstacle Race that’s bound to lead to plenty of fun! 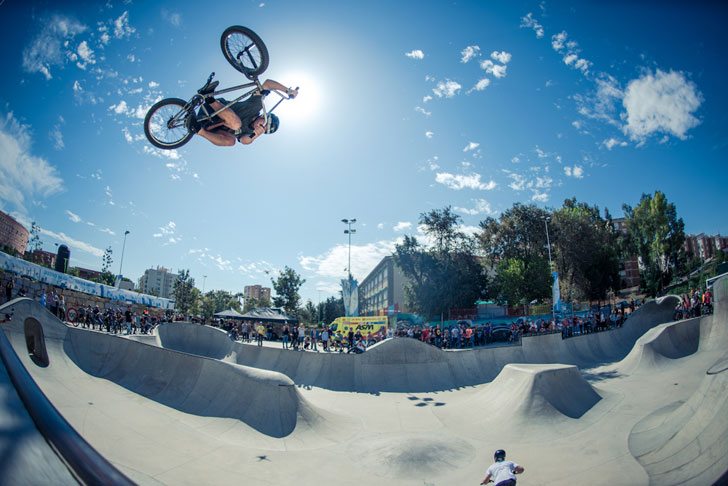 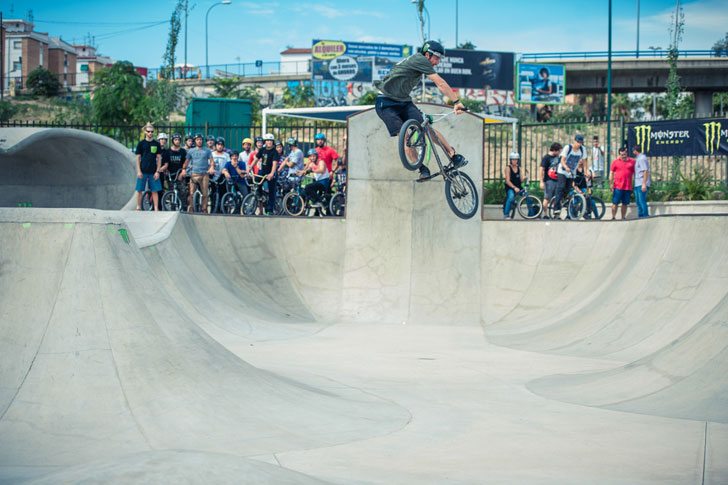 Kevin Kalkoff turndown and Euro during the Money For Trick contest last year. 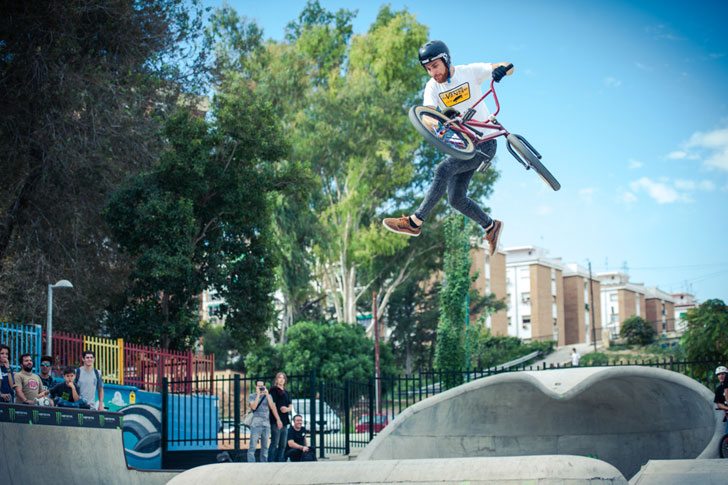 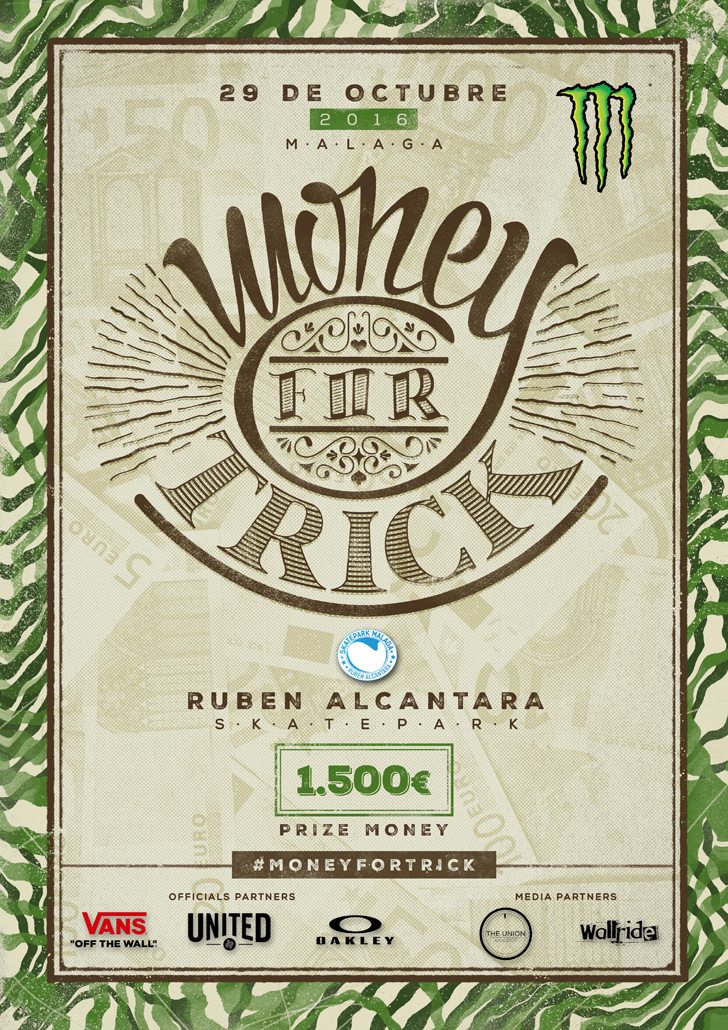 October 29th! Skatepark of Malaga! You won’t want to miss this one. It’s bound to be a damn good time! 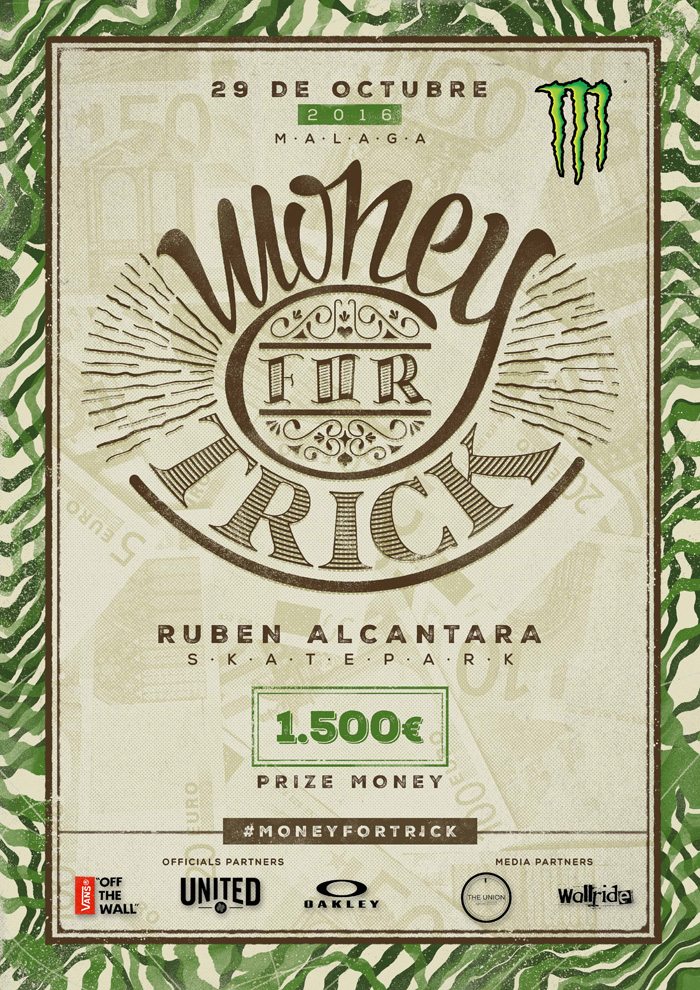 The annual Money For Trick contest is going down once again at the Ruben Alcantara skatepark in Malaga, Spain on October 29th, 2016! The concept of the event is pretty straight forward, you show up and throw down… You win money and prizes from the sponsors. Easy as that! This year they have 1,500 Euros to give away, so if you’re looking for a good time, this is the place to be!

Below you can find a few photos and a video from last years event! Shout out to Fernando Marmolejo for putting this on! 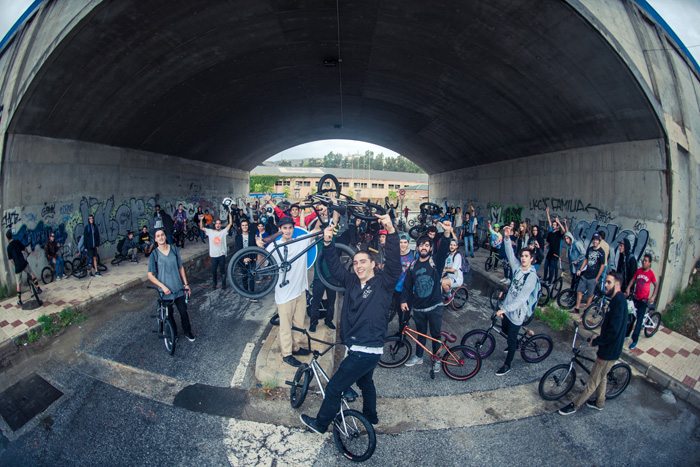 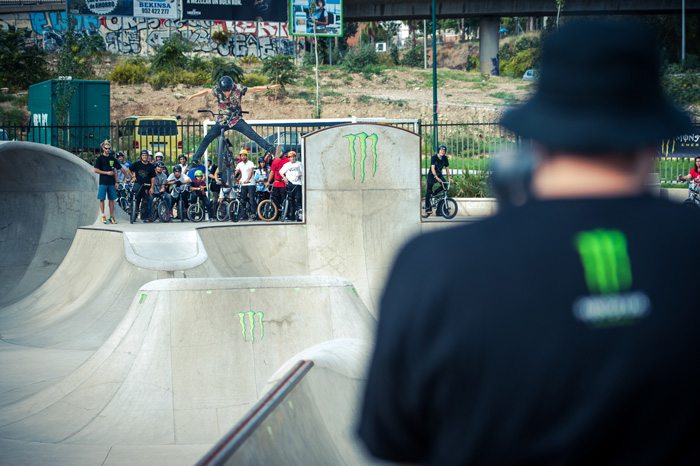 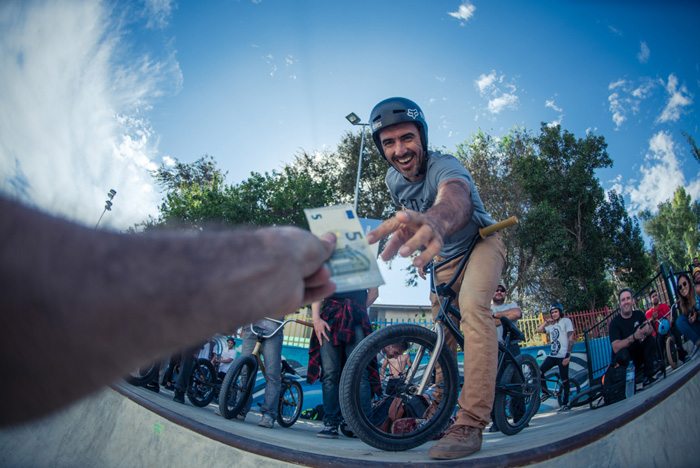 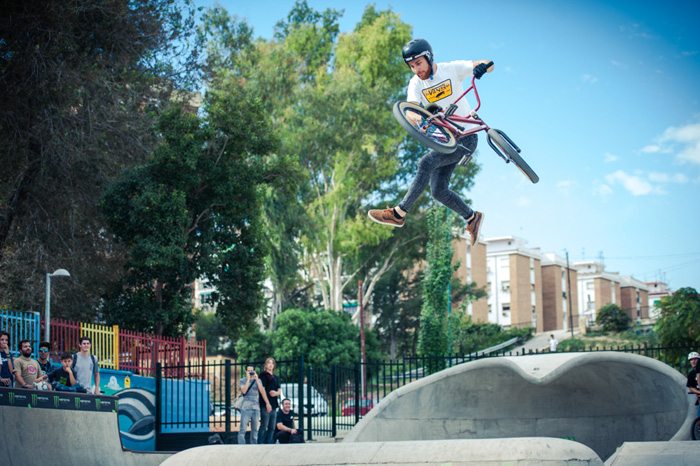 END_OF_DOCUMENT_TOKEN_TO_BE_REPLACED

Last weekend was the Money For Trick contest at Ruben Alcantara’s park in Malaga, Spain. The concept was simple… If you do a cool trick, you get money. They had a BIG turn out and despite a little rain, they were able to have a full day of good times and amazing riding. Check out this highlight video to see just what went down. After you watch that, make sure you check out this PHOTOGALLERY!

END_OF_DOCUMENT_TOKEN_TO_BE_REPLACED 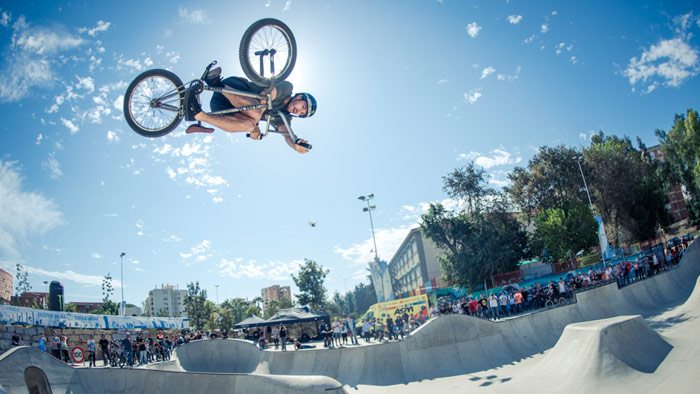 This past weekend in Malaga, Spain, a bunch of BMX riders got together at the Skatepark of Malaga for a full day of riding and good times starting at 10 AM. The Money for Trick contest isn’t quite like other BMX contests because the concept is pretty simple and spelled out in the name. The guys who put the contest on had a bunch of cash from the sponsors to hand out for people doing rad tricks. With guys like Ruben Alcantara, Sergio Layos, Daniel Penafiel, Mike Saavedra, Kevin Kalkoff, Pitu, Yoni Cadenas and many, many more from places like all over Spain, Australia, USA, France, Latvia, Lithuania and England throwing down on the ramps, trails and other setups they cooked up, there was no shortage of amazing riding going down. Mix that in with free food, and an after party from Monster Energy, this was a party from the morning until late into the night. You better start planning on making it out for next year!

Check out the photogallery from the day by Fernando Rodriguez Marmolejo by hitting the link above! 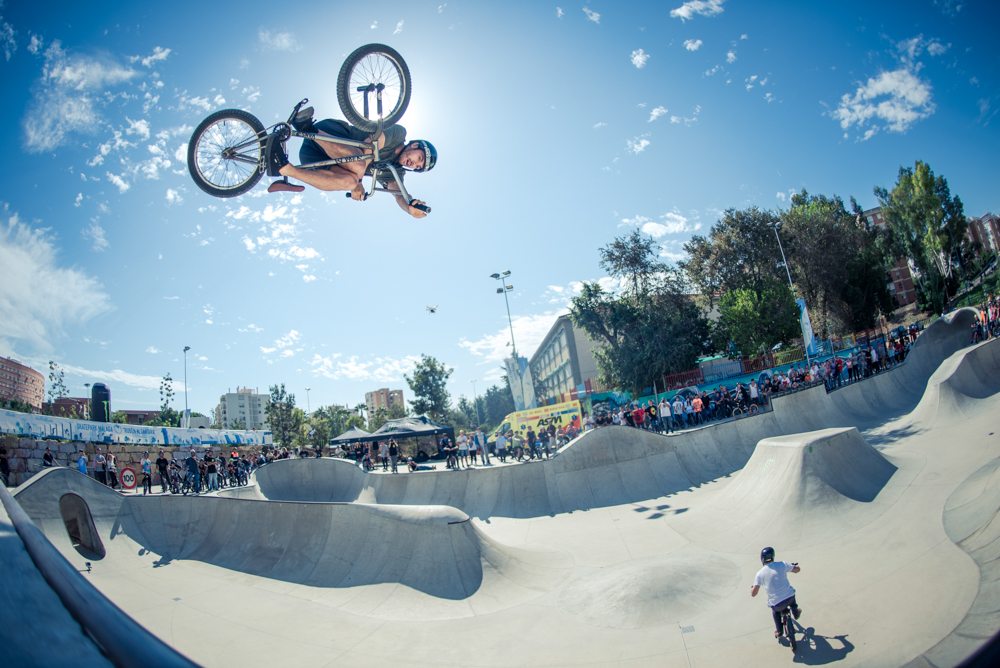 All photos by Fernando Rodriguez Marmolejo