Scotty Cranmer and crew threw a big jam at the Legends League Skatepark down in Texas and teamed up with Brakeless TV to live stream the event. Here’s 58 minutes of footage giving us a look at what went down at the packed park!

Also check out the Morgan Wade VS Cory Berglar – Game of BIKE that went down during this.

“The Legends League Texas Skatepark BMX Jam! We are having an awesome BMX jam at the skatepark and we are giving out money for cool tricks and contest winners! We have $1300 of sponsor money to give away so lets have some fun!” – Scotty Cranmer

Now this is how you do a game of BIKE! Scotty Cranmer live streamed a Game of BIKE between Morgan Wade and Cory Berglar. Every trick needed a tailwhip in it somehow, and they even had Mat Hoffman as the official referee. Here’s a look at what went down and who took the win!

“The biggest game of bike ever between Cory Berglar and Morgan Wade is going down in Texas infant of a big crowd of BMX Fans and live-streaming world wide for everyone to see!
This game of bike can only have tricks using tail whips so expect huge variations of the classic trick! Morgan Wade is a gold medalist BMX legend and Cory Berglar is the underdog that is determined to upset the local hero! THIS IS GOING TO BE INSANE!” – Scotty Cranmer 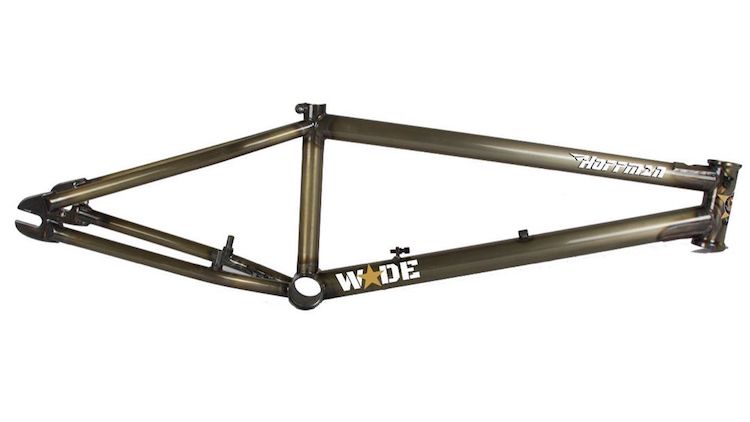 END_OF_DOCUMENT_TOKEN_TO_BE_REPLACED

These Least Favorite / Most Favorite videos are always pretty interesting since you get a lot of insight and stories that you would never really know about. This time around Morgan Wade sits down to talk about his Least Favorite video part and his Most Favorite video part. Both of these videos are awesome, so it’s pretty interesting to get Morgan’s perspective on what he liked and what he didn’t like. What’s really crazy is there is actually another version of his “Drop The Hammer” part that Morgan liked a lot better with a different song. Check this out.

“The basic concept here is that we’re going to sit down riders who have had a plethora of video parts and have them discuss their least favorite (not to be confused with not liking) and most favorite. Jog the ol’ memory box and talk about a different period of their life and what went into making those parts…

I actually filmed this Least/Most with Morgan back in 2019 shortly after we started Our BMX (hence a couple of Ride references), but totally spaced on putting it together. Morgan recently posted his DTH section and it sparked me to get this done. If you’d like to watch the parts he discusses without commentary, click below…

END_OF_DOCUMENT_TOKEN_TO_BE_REPLACED

The 2020 Swampfest is set to go down in a few weeks on April 4th, and things are already starting to shape up. Scotty Cranmer dropped by with Big Boy to get a preview of the dirt jumps and some of the ramps that have been built up so far. Hit play to check out what Trey Jones has been cooking up with his crew.

“Swampfest 2020 is the biggest BMX event of the year and Trey Jones is hard at work building the dirt jumps and ramps that thousands of BMX riders are so excited to ride! We got to get the first look at this year’s set up and Big Boy even got to test out the dirt jumps!” – Scotty Cranmer

Chris Doyle coming through with a fresh Palaver Podcast for your listening pleasure! This time around he caught up with Morgan Wade in Hastings, England during the Battle of Hastings to talk about a ton of this from riding contests to crazy tricks, video parts and much more. Morgan is awesome on and off his bike and the stories and everything he talks about this undoubtedly will just make you like him more! Hit play and enjoy!

“One of the gnarliest men to ever touch a BMX bike, Morgan Wade. Morgan blasted onto the professional BMX scene in the early millennium and has had the throttle pinned ever since! In this interview we discuss more current events in Morgan’s life but we do delve into some old video parts and contests that he’s stood out in. This was a fun interview to do. Enjoy!” – Chris Doyle

Over the weekend Morgan Wade dropped some serious hammers at the Battle of Hastings 2019 Best Trick Contest and ended up taking the win after putting in some heavy work on two very wild transfer lines. This morning we were scrolling through Twitter when we came across a Tweet that let the younger generation know that Morgan has been doing insane things on two wheels for a long time. That tweet included a link to Morgan’s section from the “Drop The Hammer” video that came out back in 2004, 15 years ago already!

We decided it would be a good idea to get Morgan’s “Drop The Hammer” section posted up since it never made an appearance on BMX Union. So, let’s kick the week off with a throwback that’ll undoubtably get you stoked. This part even has a bunch of crazy transfer lines, similar to just how he pulled off the Best Trick win this past weekend.

It’s so awesome seeing Morgan still holding it down, even after all these years. Just in the past few weeks alone he has been pushing some serious limits between the X Games Big Air contest and the Battle of Hastings! Hopefully we keep getting amazing Morgan footage for years to come!