Here’s an interesting video that just dropped on Nigel Sylvester‘s Youtube channel as a promo for G Shock watches. This is a really rad lifestyle video featuring BMX, skateboarding, dirt bikes and more getting down in New York City. This has some damn good film work, so take a look!

“Summer in NYC is unlike anything else in the world.

Nigel Sylvester coming through with a new video for you to check out. This time around him and his crew played around with the 360 playback views giving you a look at everything going on all around. Hit play as they cruise around New York City, hitting up spots and skateparks, get a little basketball in… Then they some how end up in a mini van with a super confused looking lady? Hit play and take it all in… from every angle.

It has been a while since we’ve seen anything from Nigel Sylvester‘s brand, Pyradice, but that changes now. Here’s a fresh mix featuring Demarcus Paul, Joe Niranonta and Anthony Derosa putting a hurting on some spots, along with a look at some of the new hats and shirts. As expected with a line up like this, there’s plenty of damn good riding to take in, so hit play already!

“The Pyradice BMX teams stamps summer 2016 with their first visual release “Talk To Me Nice”. Enjoy.

Hypebeast just released this new one featuring Nigel Sylvester, Pharrell and crew rolling through the streets of New York City for an opening of a new G-Star Raw store. Hit play to take a ride with the crew.

“Master of style, sport and culture Pharrell Williams teamed up with BMX pro Nigel Sylvester and hip-hop extraordinaire Joey Bada$$ as they embarked on an epic bike tour through the streets of New York City on June 1. In commemoration of the G-Star RAW grand opening on Fifth Avenue, the trio and their BMX crew hit up the downtown alleys of SoHo from booming Williamsburg, all the way up to the new spot while troves of fans line up to see the modern-day superheroes. As the night unfurls, the group celebrate the opening with a much needed cocktail hour, to usher in a new era of denim provided by the experts at G-Star RAW.” – Hypebeast

END_OF_DOCUMENT_TOKEN_TO_BE_REPLACED

Here’s a short but sweet one featuring Nigel Sylvester telling a little bit of his story, along with a few clips he was able to film with just a little bit of time with filmer Kevin Spence.

“Had a few minutes with Pro Bmx Biker Nigel Sylvester so we made the best of it! We will definitely link up and work on something bigger and better in the near future!
Shot on:
Sony FS5
Dji Ronin-M
Sony G 18-105” – Kevin Spence

END_OF_DOCUMENT_TOKEN_TO_BE_REPLACED 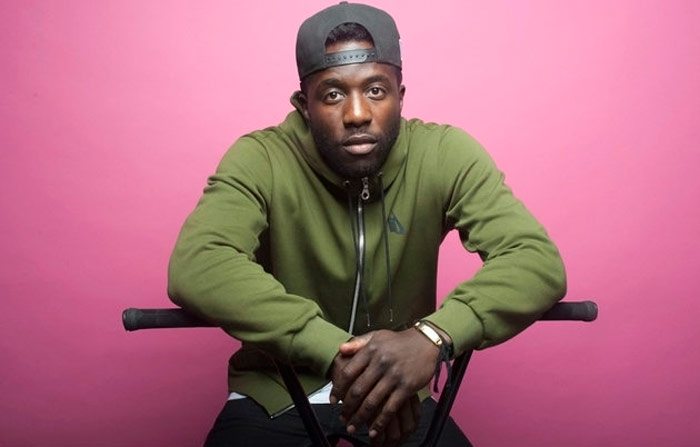 Nigel Sylvester popping up on another major news outlet telling his story and spreading the good word of BMX. There’s a feature up on the Huffington Post where they talk about how Nigel used the internet to turn himself into a business man. It’s an interesting read that you can check out right here!

END_OF_DOCUMENT_TOKEN_TO_BE_REPLACED

We were wondering if we would be seeing another “GO!” video out of Nigel Sylvester any time soon. Here’s his latest that we’re assuming is meant to be a continuance from the “GO!” New York City that finished up on a helicopter. Once again, we get a crazy look into Nigel cruising, this time in Los Angeles, with plenty of cameos and extra details that you just don’t see in other BMX videos. Hit play and go for the ride.

BMX has always been about expressing your point of view. Nigel gives us a true, up close and personal experience of what riding his bike is really like. Last leaving us in New York City, Nigel has finally landed in Los Angeles and fun continues.