GT have uploaded Parker Heath’s section from the “Can You Film This?” video!

GT Bicycles keeping the sections from their “Can You Film This?” video that was released last year. This time around they uploaded Parker Heath“s section that’s packed with wild moves from street spots to ramps. Parker always delivers, so you already know this section is too good to iss.

“Diving down huge rails, blasting transitions, and some never seen before combos… Parker Heath’s section from Can You Film This? ticks all the boxes. After initially premiering CYFT on OurBMX.com, we’re now releasing the individual sections here.

GT coming in hot with a video featuring some of the team going to work on transitions out in Southern California from Dennis Enarson’s backyard ramp to the Claremont Park, Peck Park and Vans Park! This one is loaded with great riding and good vibes, so hit play and enjoy it!

“Spoiled with skateparks… Gustavo Balaloka, Leandro Moreira, and Mason Ritter make like transition tourists, hitting up as many SoCal parks as they can in four days. Dropping into Dennis Enarson’s ramp, The Clairemont skatepark, Vans Of The Wall, and more. With cameos from GT riders Parker Heath, Chelsea Wolfe, Omar Rios, and Brendan Wirkus.” – GT

The Demolition Parts team and some friends got together in Dennis Enarson‘s backyard for a day of riding the ramps and BBQ. Here’s a look at the riding and good times that were had with riding from Dennis, Jason Watts, Kevin Peraza, Parker Heath, Mike “Hucker” Clark, Kris Fox, Matt Cordova and more. This looks like it was a great time, so hit play and take a look!

“The boys got together at Dennis Enarson’s ramps and had an afternoon filled of shredding, eating food, and good times!” – Demolition Parts

Demolition Parts have released a new team mix that honestly reminded us of just how STACKED of a team they have. Hit play for 11 minutes of dialed riding from Dennis Enarson, Kevin Peraza, Mike “Hucker” Clark, Jason Watts, Ryan “Biz” Jordan, Matt Cordova, Kris Fox, Michael Mogollon, Victor Munoz and Parker Heath. Awesome riding and dialed film work. This is too good to pass up!

“Sit down and buckle up for 11 minutes ripping from the crew all around local Southern California skateparks.” – Demolition Parts

GT Bicycles coming through with a fresh video from some time the squad spent cruising around Tallinn, Estonia hitting up street spots and the SPOT park As always, these guys all deliver with a ton of great riding and the spots are so good. Hit play and take it all in!

It’s pretty wild how quick things can go wrong, even with something that seems so common. Parker Heath has been on the injured list for the past 6 months due to a broken foot. This was going to destroy his whole year, but it looks like COVID cancelled all his plans, anyway. Here’s a video where Parker sits down to give you a recap of what he’s been up to from healing up to starting to get back on his bike and more. Hit play and find out what Parker’s been up to, along with a bunch of footage from before the injury for your viewing pleasure.

“Parker Heath broke his foot back in March while riding a massive ledge in Los Angeles. Only a few days later, after getting the upsetting news that he’d have a few months off the bike and miss out on a summer full of travel, contests, and filming, the world went into lockdown from the COVID pandemic. With nothing else much to do, Parker turned his attention towards taking care of himself physically and working on his artistic outlets, which include painting, ceramics, photography, and more…

Want to learn how to do a nothing on a BMX bike? Here’s a video where Parker Heath gives you a bunch of tips an examples on just how to get the trick done from where to start and what you can do with the trick once it has been dialed in. This is one of those tricks that you don’t see nearly enough, so add it to the trick list! Grab your bike and send it.

“When doing nothing really is something… Parker Heath is known for stretching his long limbs into picture perfect nothings and he’s got some tips on how you can do it too.” – Our BMX 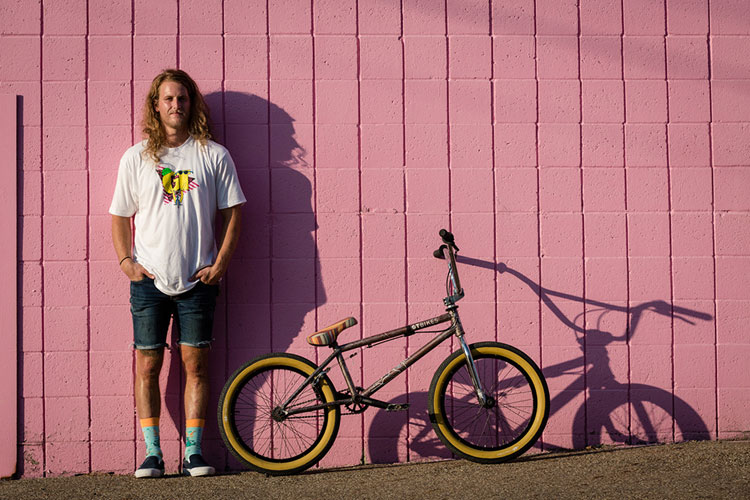 Here’s some awesome news for your to check out! GT Bicycles have added Mason Ritter, Parker Heath and Ratty Matty have been added to the squad! As you likely know by now, all three of these guys have been crushing it for quite some time now and each of them bring their own unique style to the team. Below is the official press release, and we can expect to see plenty more of these guys in the near future. Get stoked! 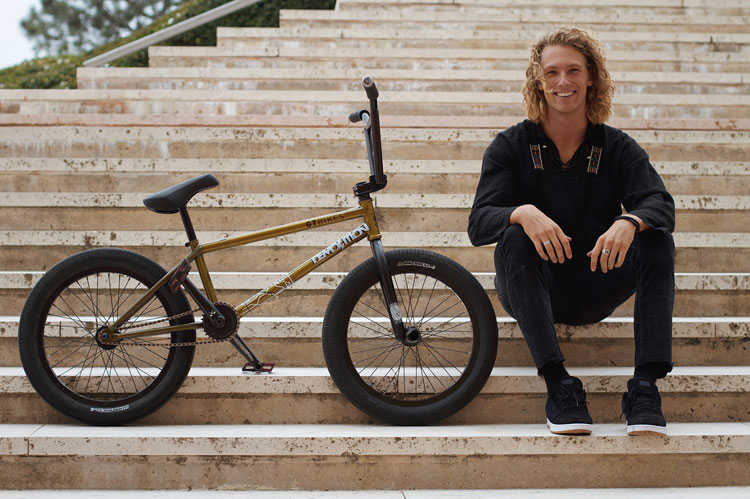 Pulled from a hot-bed of BMX talent in Pittsburg, PA, Mason embodies the best attributes of his hometown scene with a solid background of trail and park riding. Growing up watching the freestyle motocross video Crusty Demons of Dirt helped Mason develop his unique style of jumping tricks including a mix of tailwhips, heel clickers, and limbless variations. Mason continued to progress and refine his skills at the indoor BMX park, The Wheel Mill. After making waves all over the Northeast for the past few years, the industry really took notice of his stand out style and original combos at this year’s Toyota BMX Triple Challenge in Denver.

“My first exposure to Mason was earlier this year at the Toyota BMX Triple Challenge dirt jumping event in Denver, Colorado. The series attracts the best dirt jumpers with the most progressive tricks from around the world, and he immediately stood out from the pack,” said Jeff Zielinski, GT BMX Freestyle Team Manager. 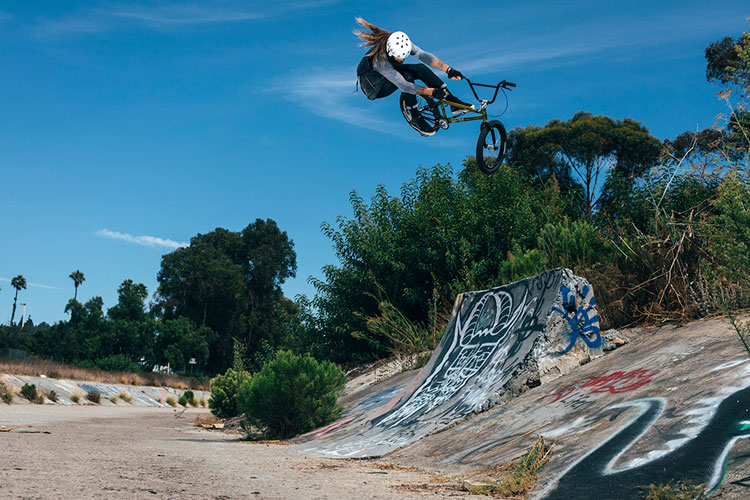 San Diego native Parker Heath can be seen shredding all over and placing well in jams and contests including the Vans BMX Pro Cup series in Santiago, Chile, Mexico City, Mexico, and Huntington Beach, California. Affirmed by Team Manager Jeff Zielinski, “Whether it’s a contest, jam, or whatever, rest assured I’ve seen Parker Heath out there shredding. From the first time I saw Parker ride, I could already tell he had a bright future.” His well-rounded abilities to ride everything are really showcased in his latest Demolition video part. Zielinski added, “Parker has no problem transitioning his bike control and tricks over to the streets, sending tricks down rails and over gaps.”

Ratty Matty, another San Diego local, stands out from the crowd both on and off his bike. According to Team Manager Jeff Zielinski, Maty brings the freestyle to GT BMX. “He radiates positive energy and has an unmistakable look with his long hair, leather vest, and stone plug in his labret,” commented Jeff. “When he’s on the bike you can find him perched high about the park in a wall tap or abubaca. His mix of timeless tricks and technical rear brake skills have always made him a personal favorite to watch.”

All three riders are stoked to join a team of heavy hitters including Brian Kachinsky, Dan Conway, Albert Mercado, Jeff Ludwig, Leandro Moreira, and Rob Wise. They look forward to the future and what the legendary brand has in store.” – GT BMX