If you’re looking for some dialed ramp riding, this new Maxime Orsini video for Radio Bikes is for you. Maxime pus his deep bag of tricks to good use at a handful of parks and a little bit of dirt. If you’re a fan of Bike Flips, you’ll be stoked on this one. Take a look!

“Maxime Orsini lays waste to his local park (check the tattoo), trails, and transitions of all kinds. Plus, bike flips every direction. A good park section is what’s up….we need more of them.

Filmed by Jeremy Gonzales” – Our BMX

It has been a little while since we’ve seen Leon Hoppe throwing down on his bike. It turns out he took some time off, but he’s back on it. Hit play for a fresh batch of clips filmed over the past year or so from street sessions. As always, Leon is a beast and throws down some technical lines filled with grinds, balance and bike control. We imagine we’ll be seeing plenty more from Leon in 2021 now that he’s fired back up.

“Don’t call it a comeback! After disappearing from the German scene for a minute, Radio Bikes rider Leon Hoppe is back with a new video that proves he’s still capable of throwing down hammers. Check it!

Leon Hoppe had become a little quieter in the past two years. It was rumored that the radio bike rider was now more interested in standing in the fan section of his favorite football club than on the bike.

Not least because this is currently not possible for known reasons, Leon has been spotted more and more at 20 inches in recent months. Old love just doesn’t rust. Now there is even a new video from him – and lo and behold: Leon has not forgotten anything. Rather, he throws wild double bars around him as always and the head-over-roll still sits like a one. 47 represent and welcome back, bears! 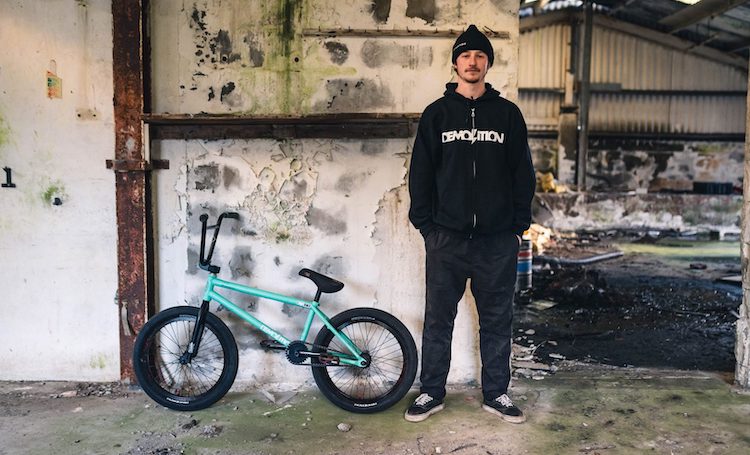 The sponsor news keeps rolling for 2021. Radio Bikes have added Joe Ferguson to their line up over in the U.K! We haven’t seen a ton of footage from Joe over the past few years, but we would imagine this new opportunity will help fix that. You can get a look at his setup, along with a Q&A and more over on the Ride UK Website.

It looks like Radio Bikes have added Chris Smith to their line up over in the U.K through Alan’s BMX. Here’s his welcome video packed with real dialed riding showing you just why the deal happened. Chris puts his pegs to work, sends it on some big gaps and drops, and much more. Hit play and take a peek!

“Manny lad Chris Smith recently got the hookup with Radio Bikes through Alans BMX Shop. Here’s a video to signify that!

It’s always a good day when you get to build up a fresh new setup. Radio Bikes recently sent Kai Schulte a new bike and he went to work building it up and heading out into the streets to properly break it in. Hit play and take it all in!

“Radio Bikes team rider Kai Schulte builds up a fresh set up with all of the new Radio aftermarket goods and then proceeds to put his new rig to work on the streets of Cologne, Germany.” – Radio Bikes

Check out this fresh one featuring Radio Bikes‘ Kai Schulte going to work on the streets. Kai delivers with plenty of heavy clips from grinds to big spins down stairsets and more! Take a look!

“Radio Bikes team rider Kai Schulte has wrists of steel. Enjoy over 5mins of straight bangers from tech goodness to straight up ballsy stair drops. Kai does it all. Originally part of the People’s Store X Freedom BMX Bangers contest.” – Our BMX 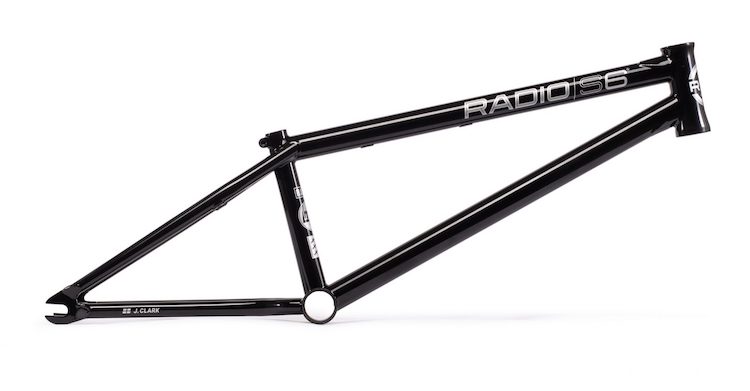 END_OF_DOCUMENT_TOKEN_TO_BE_REPLACED

Radio Bikes coming through with a fresh BMX video featuring Mike Hullock laying down a bunch of dialed moves on different parks over in the U.K! Mike is no stranger to some technical riding, making for a real good watch. Hit play and check out what he cooked up!

“UK technical ramp mastermind Mike Hullock drops an absolute mind-melting barrage of tech skatepark madness. DO NOT SLEEP ON THIS.