Now this is what we’re talking about! SE Bikes released Larry Edgar’s latest BMX video that is filled with a TON of speed and style from some of the trails, street and ramp sessions he has been getting out in California lately. Larry has been on fire for quite a while now and this video is proof of that! Enjoy!

“Larry Edgar has been on a rampage lately! This spring edit of him shredding a ton of sunny Southern California spots is proof of that. Larry’s riding is so dialed that he makes the hardest tricks look effortless. Trails, street, skateparks, you name it, Larry shreds it! Hit play and get ready to see some serious height and huge bag of tricks.
Film/Edit: Matt Cordova
Song: Freedom Hawk – Palomino”

END_OF_DOCUMENT_TOKEN_TO_BE_REPLACED

Woooooo… Kris Fox coming in HOT with a new one for SE Bikes! Check him out COOKING through cement parks, tracks, trails and more in this one!

“From traveling the world, riding at the X-Games, and qualifying to the finals this year’s Vans U.S. Open, Kris Fox has had quite the stellar year. In this new edit, he lays down some serious heat at various skateparks from California to England, as well as hitting it wide open on a crazy unique BMX track in Japan. You’ve never seen speed like this before. Brace yourself for this one!
Film/Edit: Dylan Pfohl
Additional Filming: Mike Mastroni
Song: Metallica – For Whom the Bell Tolls (Instrumental)”

END_OF_DOCUMENT_TOKEN_TO_BE_REPLACED

SE Bikes dropped this new video featuring Kris Fox and Larry Edgar absolutely DESTROYING the bowl at the Van Doren Invitational! They sent filmer, Dylan Pfohl, in to document it all and he came through with this video you won’t want to miss! Check it!

“The Van Doren Invitational bowl contest at the Vans US Open in Huntington Beach, CA was off the hook! SE’s Kris Fox and Larry Edgar absolutely killed it. Neither rider were invited to this contest last year, but this year they let their presence be known! Both riders hyped up the crowd and judges by carving the bowls at scary fast speeds and blasting crazy heights. Forty of the world’s best BMXers competed in this contest. When it came down to the finals, Kris placed 6th and Larry 10th. Check out this rad edit that follows them through practice, to qualifying, and all the way through to the super charged finals. Brace yourself for some wild speed and crazy height!
Film/Edit: Dylan Pfohl
Song: Teenage Disease by Black Rebel Motorcycle Club”

END_OF_DOCUMENT_TOKEN_TO_BE_REPLACED 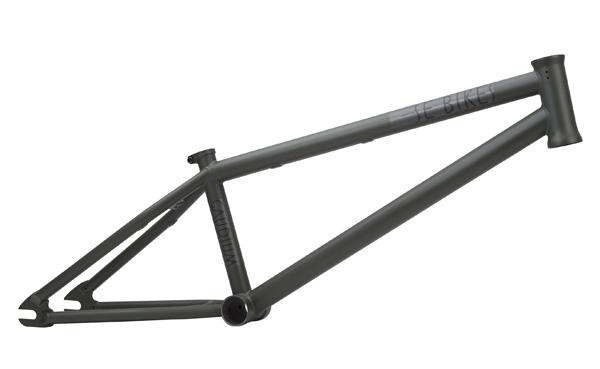 Kris Fox’s signature Gaudium frame from SE Bikes is out now. This frame has a 75-degree head tube angle, 71-degree seat tube angle, 11.5″ bottom bracket height and a 13.7″ chain stay length. The frame has double-butted top and dow tubes, a heat-treated head tube, bottom bracket and dropout, an integrated seat post clamp and removable brake mounts. The Gaudium frame has a 21″ top tube and a weight of 5 lbs. I wonder if Kris’ style is included in this somewhere?

END_OF_DOCUMENT_TOKEN_TO_BE_REPLACED 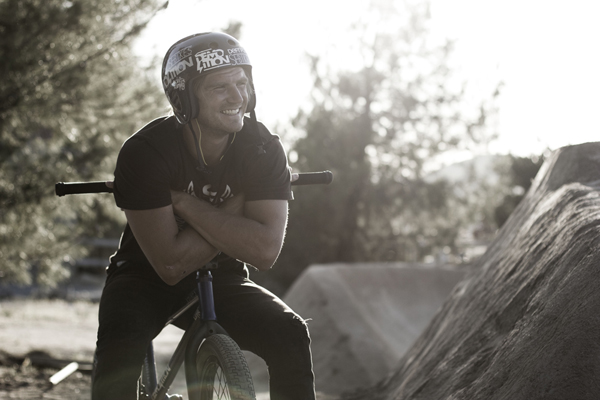 All photos by Nathan Sykes / @nathantsykes

We had the opportunity to do an interview with Kris Fox way back in 2012. Needless to say, his style and amazing personality has taken him a lot of places since we first got the chance to get to know him. Now days, it would be hard for anyone who rides BMX to not recognize his riding from the insane nac-nac’s he does at the trails to the fast, smooth roasting he does on the cement parks out in California.
We bumped into Kris at the X-Games the other weekend and as always it was awesome just to see the guy. It got us thinking that it was more than a perfect time to catch up and find out everything he has going on from traveling to some fresh signature parts and more! Let’s see what he had to say!

Here’s a fresh one from SE Bikes connect up in Canada, Charles Remillard, putting in some work at Le Taz skatepark! Hit that play button to see just what he came up with.

Filmed and edited by Pascal Lafontaine

Ross Lanier coming through with some real dialed riding for his latest SE Bikes edit! Check it out as he throws down on Stephen Murray’s backyard trails and one of his local cement parks. This dude is good!

“Ross Lanier is no stranger to big tricks and crazy riding, and this edit does not disappoint in either of those categories. From big flip tricks to tech combo riding, this edit is laced up from head to toe! Check it out here and see what Ross has in store on his local parks in sunny Southern California.
Film/Edit: Dylan Pfohl“