As of today I’m no longer riding for @sebikes. I can’t thank @toddlyons enough for the opportunity to ride for such a legendary brand. On to a new chapter. ?: @seantheexplorer

We’ve seen a few heavy shake ups in the sponsor department like Nathan Williams leaving United, now it looks like Matt Cordova will no longer be riding for SE Bikes. At the moment Matt is currently healing up from a surgery on his foot, but we would imagine he will be back on the bike soon and likely riding or another brand since he’s been crushing it for the past few years now. Based off Matt’s words, it sounds like he already has a plan for his next chapter in his BMX career. We’ll keep you posted when and if we hear who he is going to be representing in the future.

Just when you thought it was crazy Odyssey brought back their Triple Traps, SE is bringing back the Bear Trap pedals! 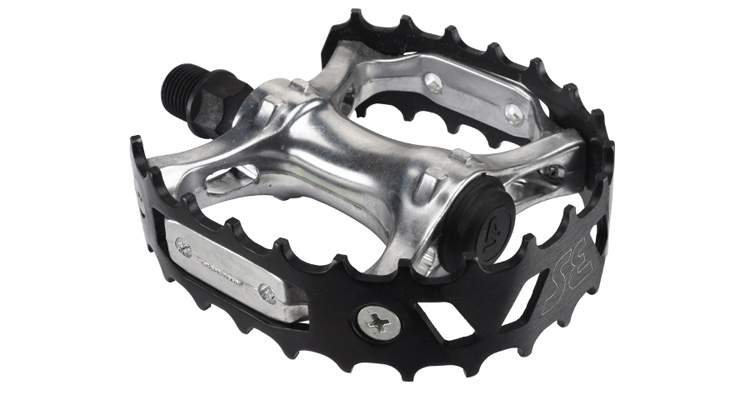 The other day we saw that Odyssey had brought back their old school Triple Trap Pedals and we figured it was a strange time to bring back super gnarly pedals that would give most BMX riders these days nightmares just thinking about them bashing their shins. Well, apparently the old school BMX Pedals are making a comeback because SE Bikes are also bringing back their BEAR TRAP PEDALS to give you some grip and likely leave some scars on your shins. These pedals start out with the anodized aluminum cage with plenty of jagged teeth for grip that connects to a 9/16″ boron steel spindle with loose ball bearings to keep ’em spinning. These also come with reflectors, but we’ll just assume you’ll be ripping those off right away.

The Bear Trap pedals come in anodized black, silver, anodized red, anodized blue and anodized gold with a weight of 14.6 oz. and a price tag of $24.99 for the pair. 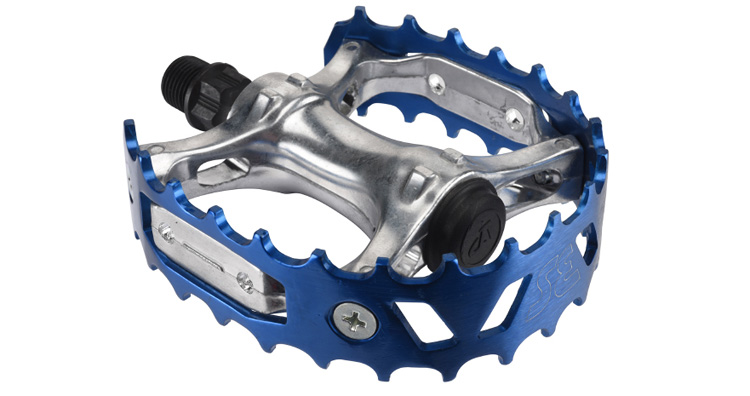 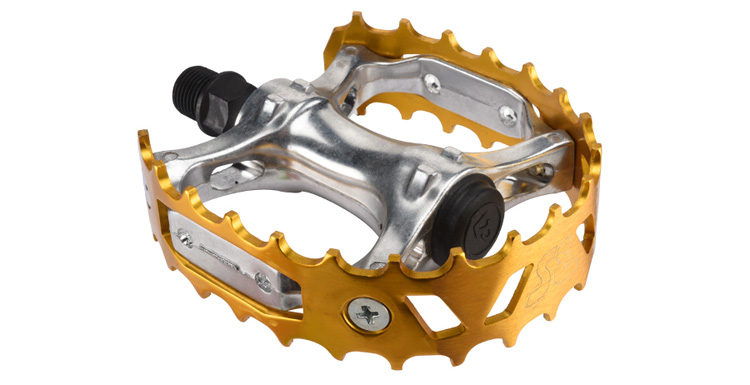 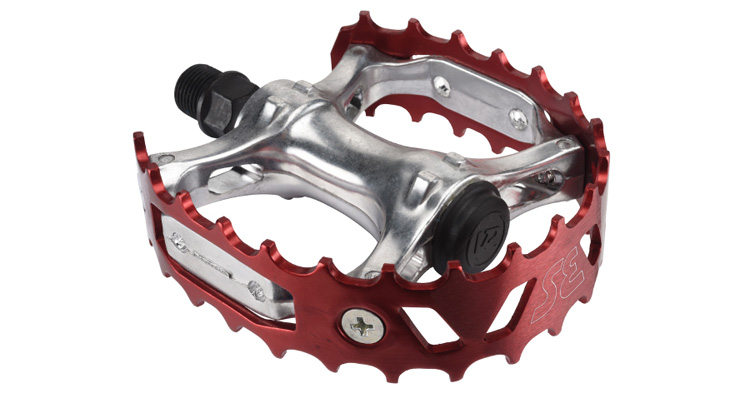 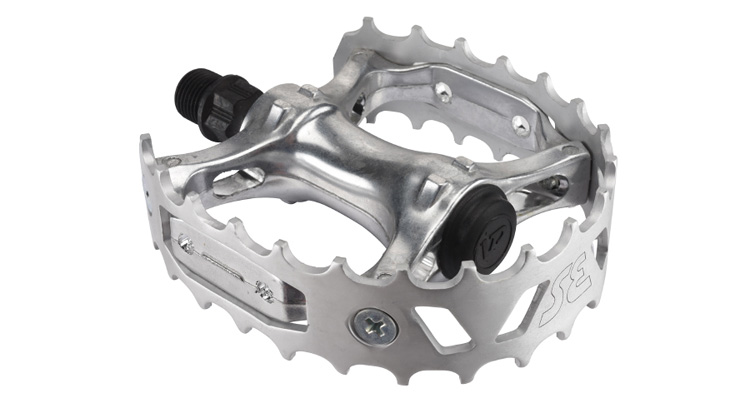 What do you think about the Bear Traps being brought back? Anyone going to pick up a pair? Who has scars from the originals? Let us know in the comments below!

SE Bikes coming through with a fresh BMX video featuring Kris Fox absolutely crushing one of his local skateparks out in California with plenty of speed, style and air! As always, Kris crushes everything he touches and makes everything he does look awesome. Don’t pass this one up!

“Whether he’s traveling for contests, riding for video shoots, or simply riding for pleasure, there’s no denying that Kris Fox is one busy BMXer. But what does a guy like Kris do when he has time off from airplanes and road trips? If you guessed “drink coffee on the Huntington Beach pier and roast the local Orange County bowls at warp speed” you’re correct! Hit play now to watch Kris enjoy his natural environment. Simplicity at its finest.

Now this is what we’re talking about! SE Bikes just dropped this brand new video featuring Matt Cordova going to work on a bunch of bowls in Southern California! As you should know by now, Matt is a style machine that goes fast and big and this video is all those things! You gotta hit play because this is too good to miss!

“ No morsel of transition is safe in this new heater from Matt Cordova! The 2016 Van Doren Invitational winner went on a bowl rampage on his SE Gaudium all over Southern California oozing that typical style that he’s become so known for. Hang on for this one and get your day goin’!

You know it’s going to be a good day when a fresh video featuring Kris Fox and Matt Cordova! SE Bikes dropped this new video from a road trip they took in Matt’s new van he converted along the west coast, hitting up skateparks and spots all along the way. The trip lead to plenty of amazing riding, so get on that play button for a look at how it all went down on and off their bikes!

“With their busy summer schedule behind them, it was time for Kris Fox and Matt Cordova to “slow things down” a bit. They departed from Southern California with plans of living out of Matt’s van, camping, and hitting whatever gems they could find as they traveled north up the coast of California. Follow two of the most stylish riders in today’s world of BMX as they explore the world through their love of riding a bike.

SE Bikes coming through with a fresh video Bike Check where Kris Fox gives you a run through of his signature 2017 Gaudium complete bike! Hit play to watch Kris build the bike up from the box, give you some insight on the bike and where the name Gaudium came from, then get a little riding action from Kris which is always a good thing! More photos of the bike below!

“Kris Fox is no stranger to high speeds and killer style on a bike. So when it came into a bike design, he put his entire bike handling knowledge into one weapon of a bike. From the name, to the parts, to the geometry, to the decals, the breakdown is intricate. There’s no doubt that Kris’ signature Gaudium is the bike for you if you’re longing for some of that amazing Kris Fox style. MSRP $629” 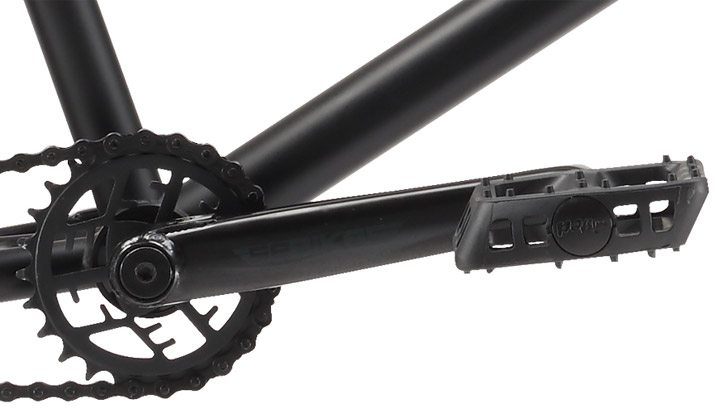 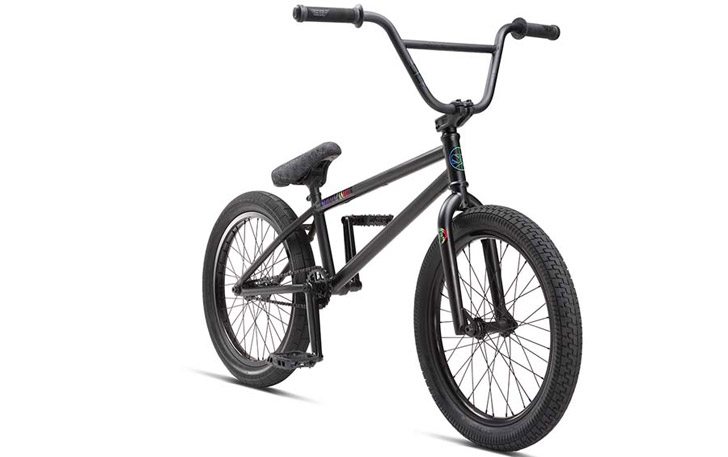 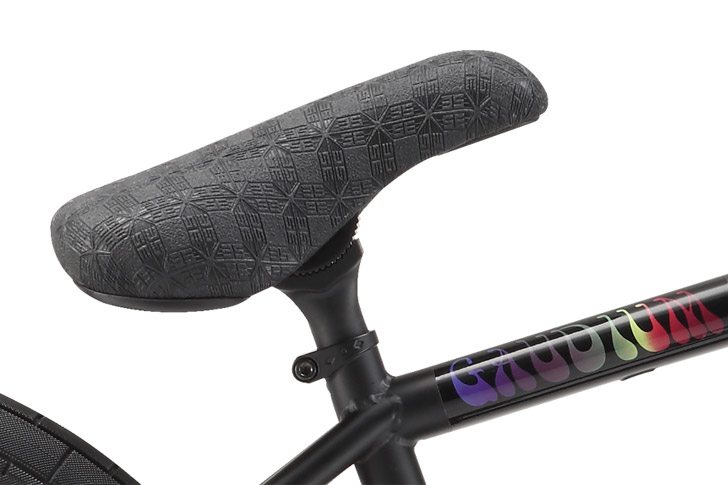 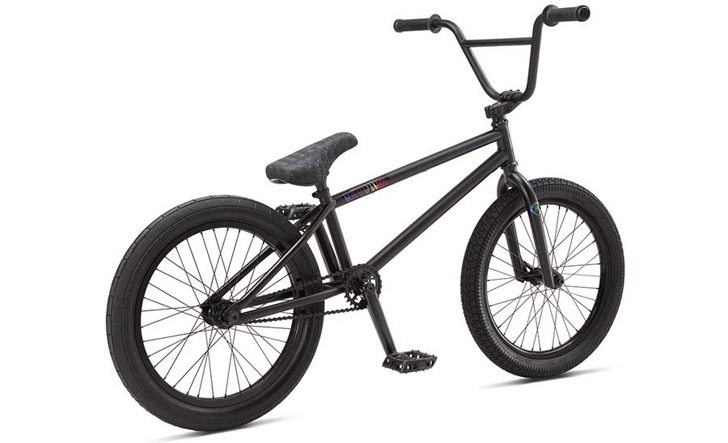 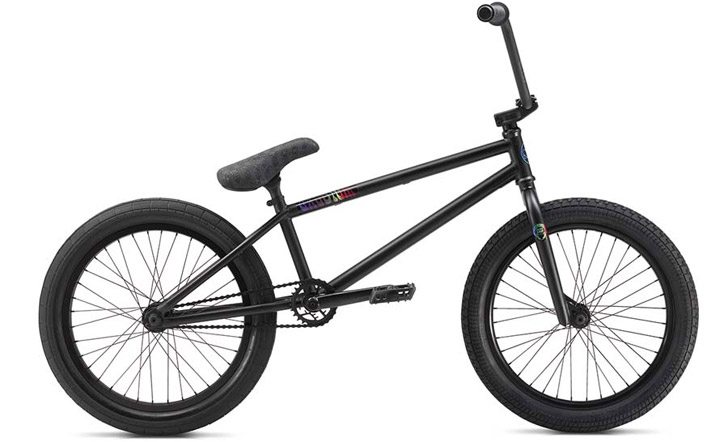 We have seen a lot of collaborations over the years, most recently the Subrosa X Slayer popped up that caught a lot of peoples interest. Today, SE Bikes announced a collaboration Big Ripper 29″ bike with Public Enemy that is pretty wild, too. Below you can find out a little bit about the bike and the video above, and then below that you can check out a few photos of the bike!

“Yo! Bumrush the Show! SE Bikes has teamed up with Public Enemy to bring to you, the Public Enemy Big Ripper. This is a collaboration bike of epic proportions!
The 29” Public Enemy Big Ripper by SE Bikes features Public Enemy logos throughout, an embroidered target logo on the seat, a Public Enemy number plate, a padset featuring the groups’ greatest hits, and a custom Public Enemy x SE Bikes sticker sheet. The bike is built around the Big Ripper frame design which features SE’s legendary floval tubing and looptail rear end. The monster-sized 29” wheels keep the bike rolling ultra-smooth. This bike will turn heads wherever it rolls. There is no doubt that this bike is louder than a bomb!

The Public Enemy Big Ripper will available in July through any SE Bikes dealer.
MSRP: $749 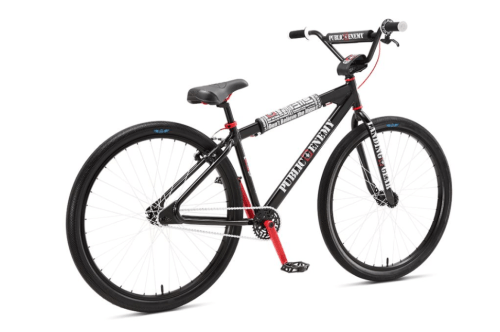 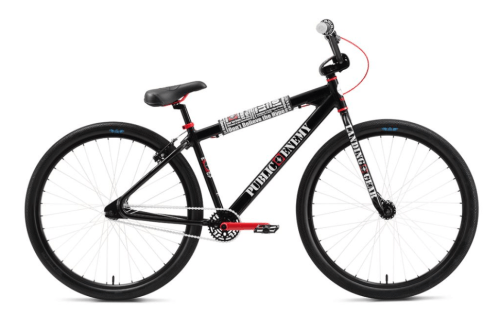