The SIBMX crew over in Germany coming through with a fresh video from some time Fabian Bongers and Angelo Kurtz spent cruising spots around Copenhagen and Berlin! This video has a laid back vibe, but the riding is real solid and the film work is on point! Take a look at what they got into!

“Some place else, just bike somewhere else! That’s exactly what Fabian Bongers and Angelo Kurtz from @SIBMX thought. The plan: a good week in Copenhagen and a week in Berlin on top of that. Such trips are the perfect opportunity to put in extra effort to capture everything and make a nice video out of the footage.

Both Berlin and Copenhagen are culturally and technically the most pleasant metropolises in Europe. You can comfortably get from A to B by bike or by train, the locals hardly kick you, there are always people to drive you and on top of that you are provided with a lot of B-roll material – and whether you step out of your comfort zone or not no, that’s up to you.

You can find out what Fabian and Angelo have decided on in the video above. Yeww!

Here’s a new one Freedom BMX dropped online from a trip the SIBMX team took to France a little while back! Toward the end of the trip, the camera get got jacked, but despite that, they still had a bunch of great footage from phones and a few other cameras. Check out what these guys got into from the street spots, ditches, skateparks and more they rode during the trip. It looks like it was a real good time to us!

“Before the SIBMX team went on a motorhome trip last year, the itinerary was discussed at length. In addition to good weather and many spots, one criterion was the safety of the top-quality Carado vehicles and the equipment in them. In Milan, for example, wakeboarders who were friends had just been robbed and lost the recordings they had collected, and there were also many a horror story about southern France. We wanted to avoid such a scenario at all costs.

The fact that the footage of this trip was ultimately not stolen somewhere abroad a few weeks later, but less than 50 kilometers from the medalist’s front door, is an irony of history or a variety of self-fulfilling prophecies – depending on how you take it.

But fortunately Merlin Czarnulla was also part of the party, who had photographed the best maneuvers, so that at least in this form the rest of humanity could participate in the boys’ escapades. You can see the result in our current Choices issue and in this gallery.

In addition, all fellow travelers were busy filming Insta-Jibs with their cell phones and with Alessandro Izzo, Pierre Hinze and Adrian Warnken, three of them even had real cameras with them to film second angles. We have now edited these recordings into two tracks, which felt like they were running continuously during the trip, in order to heal the mental wounds of the travel group a little. The result can be seen above and in order to process the loss of the footage in the best possible way, we also asked the main actors which clips they were particularly sad about the loss. You can find their answers on our website: https://freedombmx.de/top-stories/sib…

The SIBMX crew over in Germany took their annual team trip. This year they made their way to Athens, Greece to see what the place had to offer for spots. Here’s a video Freedom BMX put together giving us a look at what the squad threw down and some of the fun they had along the way! This is just under 8 minutes of footage that’s well worth a watch!

END_OF_DOCUMENT_TOKEN_TO_BE_REPLACED 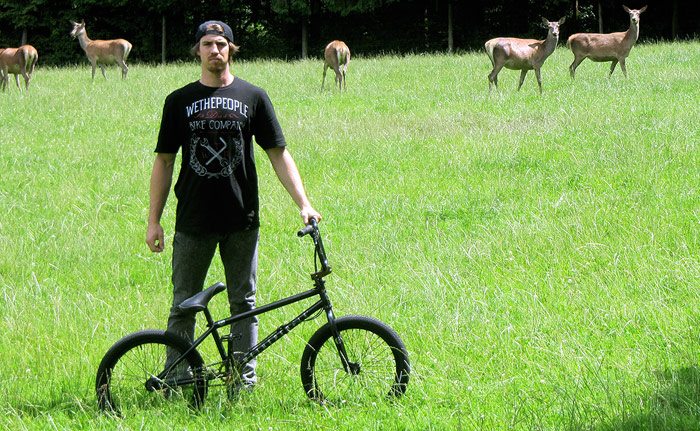 Wethepeople have added Simon Moratz to their line up over in Germany through SIBMX Distribution! Simon is a trails riding machine and it looks like he will be putting their new Patrol line to good use. Wethepeople dropped a new Bike Check to bring the news and to give you a closer look at his bike. If you want to check out the full parts list and a ton of photos, check those out here — Simon Moratz Bike Check

Are those deer in the background? 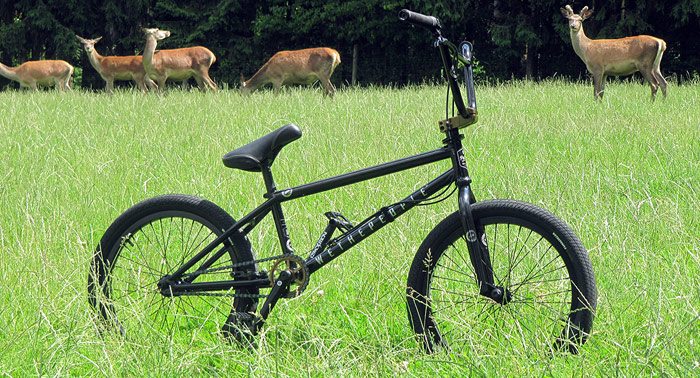 END_OF_DOCUMENT_TOKEN_TO_BE_REPLACED

Here’s a rad one we spotted on Flat Matters featuring Waldemar Fatkin and Camilo Gutierrez producing some flatland gold in Scandinavia. This has footage from spots they went to along with a contest they hit up. There might also be a verrrrry naked man in this, so feel free to skip over that part, haha.

“BMX Flatland Professional Riders Waldemar Fatkin and Camilo Gutierrez have travelled to Denmark and Sweden to perform BMX Flatland and touring these beautiful countries.
A video made by Riders for Riders.
Powered by Sport Import Distribution from Germany.
Video by: © Wildschnitt
Camera:
Pablo Moura Letts
Camilo Gutierrez
Music by:
Dj_Baku”

END_OF_DOCUMENT_TOKEN_TO_BE_REPLACED

SIBMX have added Fabian Haugk to their line up! Check out this BMX video where Fabian puts in some work at his local park to show us just what he has for a bag of tricks!

filmed and edited by Tom Heindl”