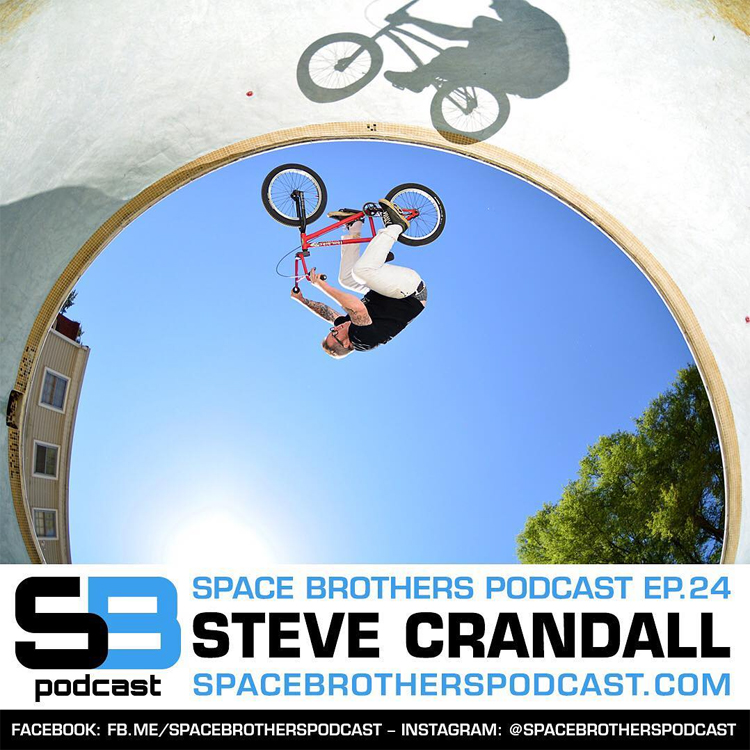 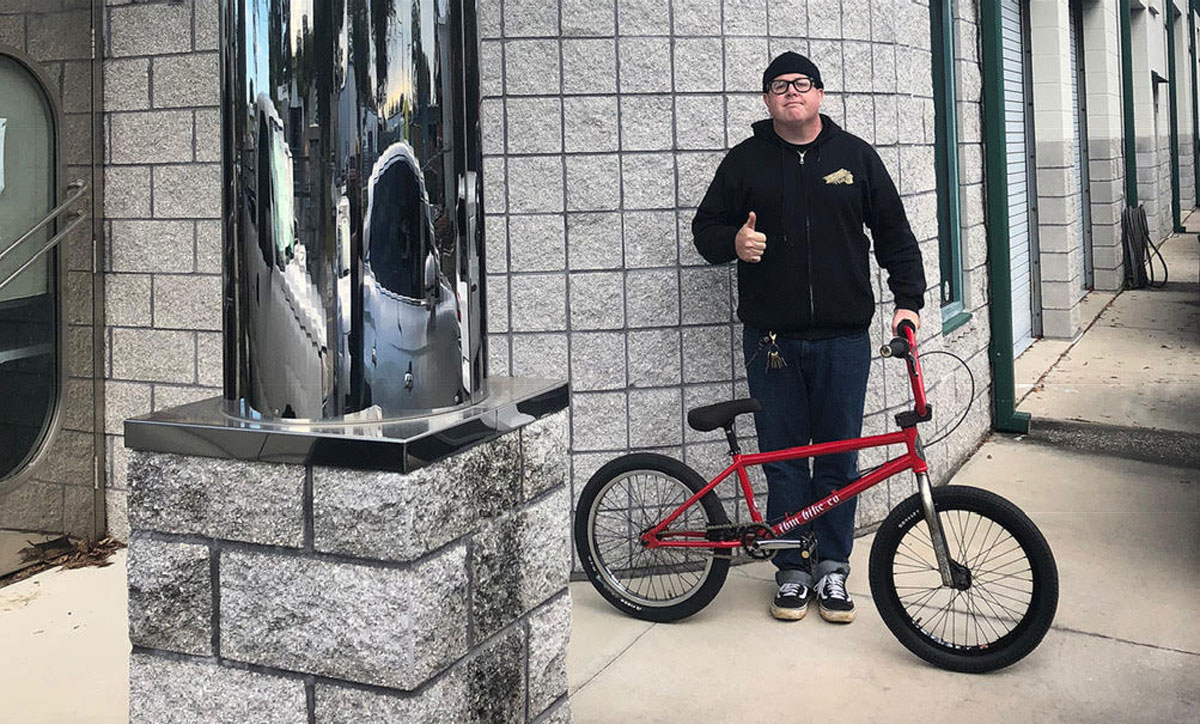 Curious what Steve Crandall has been rolling around on while spreading the good word of FBM? There’s a quick Bike Check with Steve over on the Profile Racing website with a handful of photos giving you a detailed look at his rig during a recent visit to the Profile Racing factory! Looks like a dialed unit to us!

Here’s a rad video that gives us some insight into how Steve Crandall looks at art and how it keeps him motivated in everything he does from building trails, painting, doing projects for FBM and more. Steve has a great perspective on things and it’s a good reminder that you need to do what makes you happy. Take a look!

“A person’s motivation reveals a lot about them. and I wanted to find out more about what motivates the one and only Steve Crandall beyond what we know of him with FBM.

Always creating and enjoying things with the community that he surrounds himself with, Crandall’s intentions through life are pure, and his actions reflect that. He holds BMX values as a foundation and that spreads into every aspect of his life. Whether he’s coasting a big bike down a hill, digging in the dirt, or painting a coffee cup, it all comes from the same place and for the same reasons.

This short film was shot in early April 2018 and documents Crandall in Richmond VA dealing with his first ever solo art show, and his preparation for the show 6 hours north in his hometown of Ithaca NY. – Kenny Horton

Part 2 of the Steve Crandall interview for “The BMX In Our Blood” Podcast now online!

Part 2 of the Steve Crandall interview for The BMX In Our Blood podcast. If you caught Part One the other day, this is a continuance of what Steve and Joe Doherty were talking about with things about FBM and Mike Tag to artwork, doing things the way he does it and, of course, a ton of great stories. Hit play and take it all in!

If you missed part one, listen to that here — Steve Crandall – “The BMX In Our Blood” Podcast – Part One 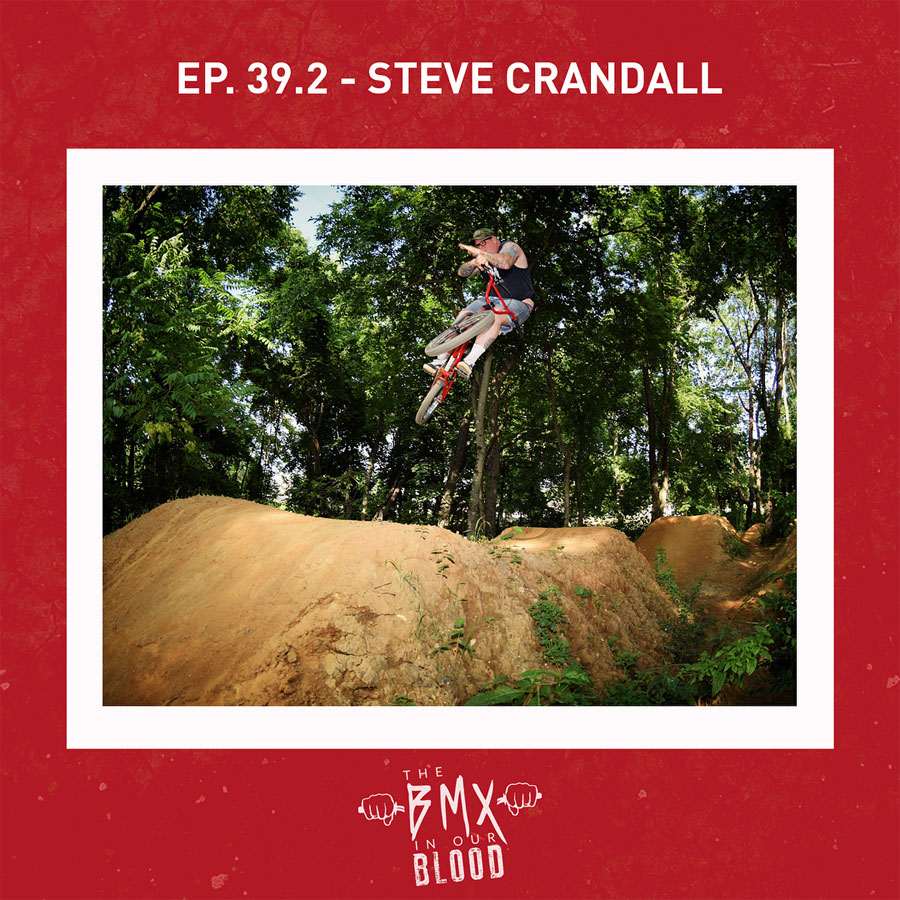 “So happy with the way part 2 turned out. Steve is such a good hearted soul that I respect tremendously. If you haven’t caught Part 1, please do, it’s well worth it and leads right into Part 2. In Part two you will hear everything from sobriety talk, realizing what your identity is, lots of great FBM bus talk along with a great Tag KFC salad bar story. As always, thank you for interacting and making this a community effort with your IG questions. They are always so much fun, as you will hear in this episode. Support those that support the sport and that is most definitely www.fbmbmx.com www.leastmost.com www.lastcalldistro.com” – Joe Doherty

Steve Crandall sat down for an interview for “The BMX In Our Blood” podcast!

Here’s one we had a feeling was coming! Joe Doherty caught up with Steve Crandall for the latest The BMX In Our Blood Podcast! This is a super good interview discussing everything FBM and more! This is an hour and a half of great stories, perspective and more! Get ready for part 2 soon as well! 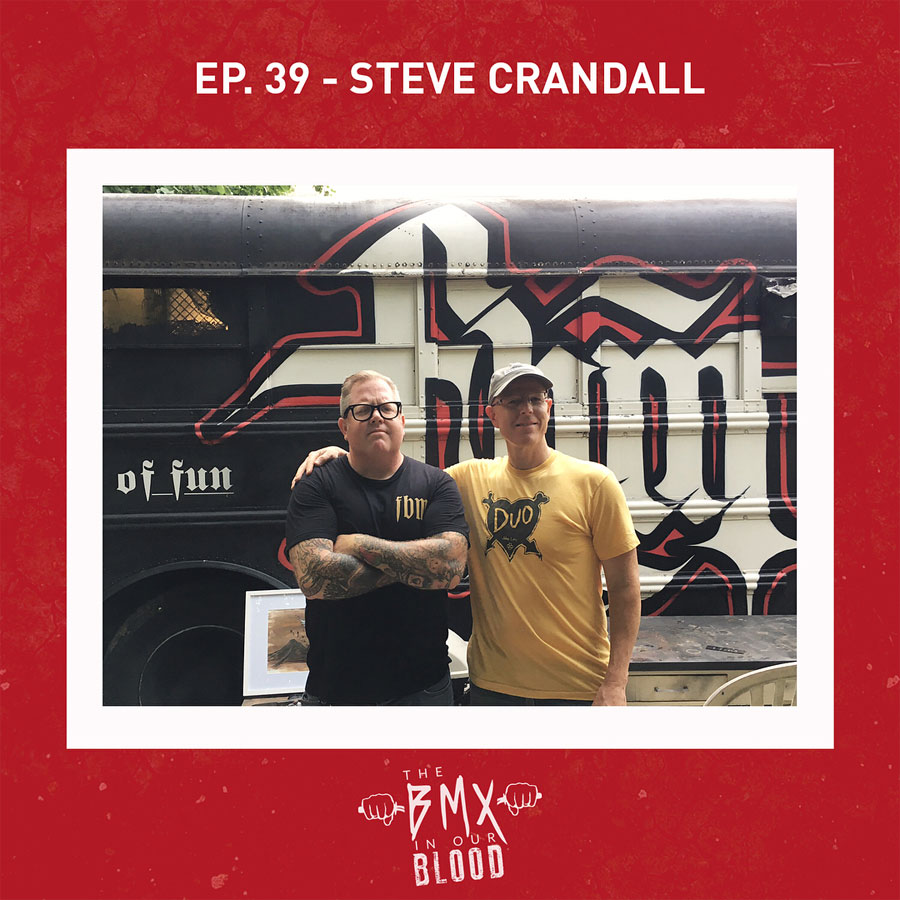 “Steve Crandall, an interview I’ve been looking to do since I started the podcast last October. Drove down to Richmond, VA and was treated to a taste of Steve’s Richmond life. In Part 1 you will hear much about FBM’s history as well as Steve’s history with BMX. Be sure to turn up the volume when walks a bit away from the mic to tend to dinner among other things, those are more moments you will want to hear. FBM is a lifestyle as much as it is a brand. Steve and his FBM crew of riders and employees show that consistently with FBM events and being active with the community. Beyond that Steve talks about his announcing job with Vans and how honored he is to do it. Always bringing the stoke, that is Steve and always will be. you can find Steve at:
@vansbmxprocup events
www.fbmbmx.com
www.leastmost.com
@crandallfbm on IG
And of course at the #findyourfightjam at @powderridgepark on 7/29/18” – Joe Doherty

The DIY BMX Worlds continues its tour. This time the event stopped at The Slab! Here’s what went down!

After two very intense stops, the DIY BMX Worlds invaded The Slab in Maryland for the 3rd round that undoubtably was stacked with a very competitive field of riders. Hit play to check out all the dialed riding and good times that were had on and off the bike! We guarantee most of the tricks in this don’t happen during your regular contest.

““Stop 3 of the DIG x FBM DIY world championships-The Slab in southern Maryland, out in the cut with the Concrete Bombers crew, the usual suspects and some key East Coast Players!” – Steve Crandall

If you caught the first “Under Your Influence” video with , then you know by now that the Halahan Brothers have some very good influences. This second episode, Lukas, Nathan and Shane spend a weekend out cruising with Steve Crandall who is not only their sponsor with FBM, but a close family friend. It’s easy to tell where these guys have got their positive and rad attitudes. Take a look at what they got into!

“The Halahan Bro’s : Under Your Influence

The Halahan Brothers. Lukas (15), Nathan (13), and Shane (8) got every kid’s dream opportunity – to ride with their favorite pros. Only these pros weren’t the ones you’d expect. When asked who they’d be most stoked to ride with, first up came the name Garrett Byrnes, followed closely by this guy, Mr FBM – Steve Crandall; both of whom are older than the age of the three boys combined.

High fives and good times in Richmond, VA. Squeezing as much fun in to twenty-four hours was the mission. Two DIY concrete spots and Steve’s own trail’s made it easy. Spray painting t-shirts, BBQ, and fire at the FBM bus properly brought the day to a close.

The Halahan Bro’s are proudly supported by DIG partners Profile Racing and Vans.

Filmed and edited by Geo Jenkins

Produced in conjunction with our Official DIG partners: Profile Racing