Oh hell yeah! S&M Bikes just released this trailer giving us the first look at their new “Live Free or Die” video featuring the Credence crew! This video will be featuring Clint Reynolds, Matty Aquizap and James Nutter with Stew Johnson behind the film work. If you’re looking for trails gold and some serious bowl roasting… This is the BMX video to get hyped for! Check out the trailer and get more details below!

Here’s your daily dose of Scotty Cranmer for your viewing pleasure. This time around Scotty, Cory Berglar, Vinny Mannino, Big Boy spend a day cruising around with Stew Johnson while they work on a little something for the X Games! Oh, and if you didn’t catch on from the title for this one, Big Boy gets the worst spinal of the year.

“Today’s video we go out to 2 street spots with the crew but we have 2 special guests along with us and the first is Stew Johnson a legendary BMX filmer that is working with X games filming a profile piece on me that will play during summer X games July 13-16. I also finally announce that I will be announcing on live TV during BMX park, street, and dirt! Big Boy had the worst spinal that he has had in a very long time he landed so hard on his back and he could not breathe for the next minute and was making some scary moaning sounds and it was insanely scary! After that we went and we met up with our second special guest my old friend Augie Simoncini! He came from California to come hangout for the day and ride! We had an awesome day and excited for more to come!” – Scotty Cranmer

Here’s one we have been excited to see since Pools Gold Part 1 came out last week! Check out some more action from Van Homan, Jason Enns, Garrett Byrnes, Mike Escamilla and Rob Dolecki as they cruise a few more pools and do a little cleaning on one. Such a good BMX video. Watch this, then make sure you watch Pools Gold Part 1!

Van Homan (FIT/Dans Comp), Jason Enns (Volume/Demolition) and Garrett Byrnes (T1), together on a Southern California adventure consisting of hopping fences and surfing some concrete waves? What is this, 2002?

Nope, this actually happened a few months ago early in 2015, though this was the first time all three have been on a trip together since the Criminal Mischief filming-era over a decade ago. And it was on the opposite end of the spectrum as what would normally be defined as a “filming trip.” It was more so essentially a week-long riding vacation (literally for Garrett), and these legends reminisced about old memories, and made some new memories to last a lifetime. Stew Johnson captured this experience for your viewing pleasure; hope you enjoy. Garrett’s MVP award is on the way… ”

END_OF_DOCUMENT_TOKEN_TO_BE_REPLACED 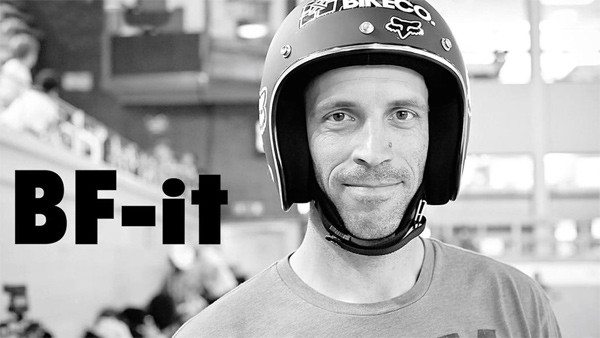 Here’s one that is an absolute MUST SEE. Head on over to the DIG website to check out the full Brian Foster “BF-It” documentary that Stew Johnson produced. This chronical’s the Blue Falcon’s life and his impact on the BMX world. This has amazing riding spanning his entire career along with a lot of perspective from pros, industry guys and Brian himself. This is damn good. Watch the full video RIGHT HERE.

If you haven’t seen the Brian Foster documentary yet… Well, you’re completely blowing it. However, DIG is releasing the whole video online for one week for you to get your shit together. Above is the trailer. Get stoked for Monday, June 29th!

“Stew Johnson took on the task of heading up a documentary on Brian Foster, one of the most respected and all around legends of BMX. That’s not blog intro fluff, BF is a respected BMX legend and awesome individual. The documentary is aptly named, BF-it and were stoked to announce that from Monday 29th June (Brian’s birthday) you’ll be able to watch the full documentary, including all the extras on the DIG site. Go to the website for seven days from Monday for #DIGBFWEEK”

END_OF_DOCUMENT_TOKEN_TO_BE_REPLACED 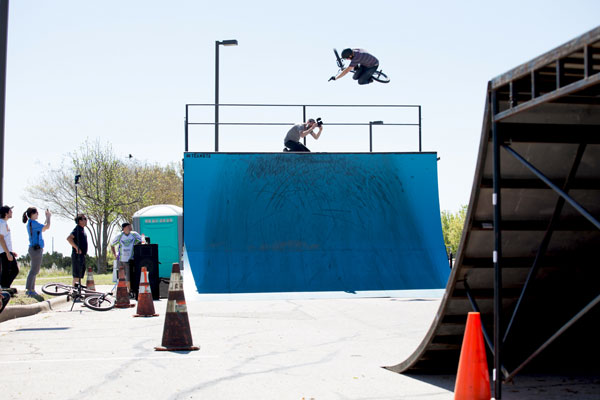 Every year for the past 21 years, the Rosedale Foundation down in Austin, Texas have been working hard to raise money for the Rosedale School to help out children with disabilities! For the first time, BMX got involved to do some demos and shows thanks to Dean Dickinson and a crew he assembled featuring Morgan Wade, Brian Hunt and Ruben Castillo, to help out with the fund raising. Leonid Furmansky was at the event documenting some of the days events and sent through a bunch of solid photos along with some words for you guys to check out from the fundraiser! Based off the photos, it looks like it was a huge success and a good day! Take a look after the jump!
END_OF_DOCUMENT_TOKEN_TO_BE_REPLACED

We’ve seen about every angle from the Texas Toast Jam by now, but it’s still so damn good. ESPN BMX dropped this brand new one featuring 8 minutes of footage by the one and only, Stew Johnson! You already know you’ll get sucked into this and watch the whole thing! After you do that, go check out our PHOTOGALLERY from it!

END_OF_DOCUMENT_TOKEN_TO_BE_REPLACED

ESPN BMX dropped this video from this years Heathens Jam that went down in Pennsylvania! Check out footage of Chris Doyle, Van Homan, Clint Reynolds, Mykel Larrin, Mark Potoczny, Jeremy Ball, Scotty Yoquelet and more getting down at the trails. This looks like it was a damn good time!

“BMX trail riding is alive and well, as evidenced by the 2014 Heathens Jam in Pennsylvania, featuring Chris Doyle, Van Homan and more.”

Filmed and edited by Stew Johnson