Unicorn coming through with a dialed video featuring Nils Cianci, Raphael Chiquet, Mickael Carmona, Thomas Benedetti, Justin Fouque, Alex Bibollet and many, many more from a trip the guys took to the Vans BMX Pro Cup and a bunch of street spots, parks and trails between Stuttgart and Cologne, Germany and back to France. This has a ton of real solid riding and some real clean film work. Hit play and take it all in. This looks like it was a great time to us!

“Back to the Eurotour that brought the UNICORN Team from STUTTGART to COLOGNE via STRASBOURG and LILLE!” – Unicorn

Monster Energy coming through with a BANGER of a video from some time Greg Illingworth, Kevin Kalkoff and Thomas Benedetti spent cruising spots galore down in South Africa! When you get these three guys together, you know you’re going to get plenty of speed and style on everything they come across. Add in some awesome film work from Rich Forne and you know you have a BMX video you cannot pass up! Check it!

“Follow Greg Illingworth, Kevin Kalkoff and Thomas Benedetti as they venture off the beaten path and into the wild of South Africa’s unparalleled beauty, whilst on the hunt for some of the most elusive spots and remote locations the country has to offer. The result is 17 minutes of pure, raw BMX combined with breathtaking visuals captured over 4000km of travel.

Check out what went down during the annual Frenchys Distribution meeting!

Here’s a look at what went down during this years Frenchys Distribution Meeting! This year they gathered some of their team in Barcelona, Spain to spend some time exploring the street spots and stacking clips. Here’s a look at what went down! This is a mix of some familiar faces and a few you might not be all too familiar with. Either way, there’s no shortage of great riding in this BMX video.

“Each year Frenchys Distro get a bunch of the riders who represent their brands together for a meeting of sorts, and it just gets better and better – this time a stacked crew consisting of Dan Kruk, Dillon Lloyd, Jordan Godwin, Thomas Benedetti, Robin Bourhis, Thomas Carrot, Edouard Carrot, Kilian Limousin, Sullyvan Guaincêntre, Ryoma Quenot, Erwan Perelman, Florian Barral and Emeric Michon spent a week in the worldwide mecca of riding/partying that is Barcelona. Don’t miss this one!” – DIG

Wethepeople have added Thomas Benedetti to their line up over in France! 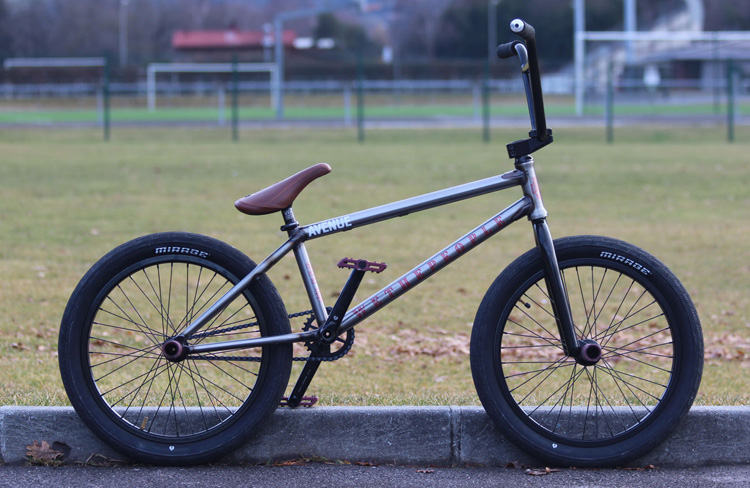 The crew at Wethepeople have added Thomas Benedetti to their line up over in France through Frenchys Distribution! Thomas has been crushing it for years and knows how to make riding a bike look good, so it’s no surprise to see Wethepeople getting him involved with their program. You can take a closer look at his bike to go along with the news in a new Bike Check over on the Wethepeople Website.

This is a pretty cool concept. DIG and Soul teamed up for a unique trip they sent Kevin Kalkoff and Thomas Benedetti on. Neither ride knew where they were going, but found out they were on the way to Croatia once they got to the airport. Here’s a video giving you a look at what both of these guys stacked for clips during their visit! Although they had no time to plan and possibly scope out some spots early, they didn’t appear to have any trouble coming across spots!

“We’re always proud to support likeminded BMX media people out there so we’re more than happy to announce long time Gallic print bothers Soul as our official DIG media partner for France. Check out our first collaborative release with them below and be sure to go and check out their all new online direction at http://soulbmxmag.com

There’ll be lots of DIG X SOUL projects to come but meantime check out what their editor Ben Bello had to say about the first ever Soul Blind Trip in conjunction with Monster Energy.

“It’s one of those idea that makes you smile when you come up with it, but also one of those idea that complicates your life because you will never give up on making it a reality. The idea was simple and challenging: take a rider on a trip to a city never knowingly visited by Pro riders, and announce the destination when we bring the rider to the airport; just for the pleasure of seeing his face when he learns the news. We chose France’s Kevin Kalkoff (Vans) for this first episode, told him he was going on trip, and gave him nothing more than the date. To add some brotherhood we also invited his brother Thomas Benedetti (Haro/eclat)​to surprise him by joining the tour. Both discovered their destination to be SPLIT, in Croatia, a beautiful city on the Adriatic coast with many spots in the surroundings.” – Ben Bello / http://soulbmxmag.com/

Filmed and edited by Antoine Sabourin”

The annual BMX Street Station contest in Lyon, France went down last week and it looks like it was full house as always! Here’s a highlight reel featuring Anthony Perrin, Bruno Hoffmann, Alex Donnachie, Alex Valentino, Thomas Benedetti, Sullyvan Guaincentre, David Gomes, Leo Balay and more all throwing down on the ledges, rails, banks and more that they had setup! Well worth a watch!

Fuse Protection have added Thomas Benedetti to their line up! Above is his welcome video where he goes to work on a ton of street spots and skateparks, putting down some heavy clips. Although he’s only wearing a helmet in a few clips, we have to assume he has Fuse shin or knee pads on or something, right? Either way, it’s a rad BMX video, so take a look and see what Thomas cooked up for his new sponsor!

It’s not every day that we see a BMX video for a burger joint! But that’s exactly what this new video featuring Kevin Kalkoff and Thomas Benedetti is! Hit play to watch both of these guys get some food, then proceed to cruise the streets stacking clips filled with style!