Here’s one we’ve been waiting to see pop up for a little while now. Mutiny Bikes just released their new “Synthesis III” BMX video online for your viewing pleasure featuring their team riders putting in work. This has clips from previous videos that came out throughout the year along with some additional new clips that are banging as well! Hit play and check this out… Definitely a MUST SEE!

You know when there is a new Mutiny Bikes video featuring Matt Roe and Tom “Robbo” Robinson that you’re going to be in for a BMX video packed with pure style! As expected, Lime Street is just that… Pure street and park goodness from Liverpool for you to enjoy. Everything from the riding to the filming and editing makes this a must see video you can’t pass up!

“Liverpool, England has always been a staple for some of the UK’s more interesting spots. Armed with no pegs, one pair of brakes and Ben Lewis’ serving as spot guide, Roey and Robbo tackle the streets of Liverpool with their creative style and flow.
Filmed & Edited by Rich Forne”

END_OF_DOCUMENT_TOKEN_TO_BE_REPLACED

This is great… Take an inside look into what went into creating Tom “Robbo” Robinson’s shop, The Kore Store along with the scene it has created around it. Everything from the film work to the riding and more is great. Definitely worth the watch!

“One of many vids to come this year. Next up will be street with Robbo.If you did not already know Robbo has opened a bmx/skate shop in loughborough, its awesome and hopefully soon in the coming weeks the shop website will be up, which you will be able to buy goods mail order and look at Robbo’s blog he will be updating daily with much radness!
The video:
An unusual vid in that it has both skating and bmx, but it runs like two separate vids in a way. It is a little intro to the sort of vids to come. All vids from here out will be either solo skate or bmx. Filmed in and around the loughborough area.
Filmed and edited by Tom Cambridge.
Additional filmers: Edd Roe, Tom Robinson, Anthony De ville.
Song: Night Beats “The Other Side”” – Tom Camby

Mutiny Bikes have a new video series featuring their team called “Cool Story, Bro”. This gives you some insight into their lives. Based on this first one featuring Tom “Robbo” Robinson that Richard Forne put together, it’s all bound to be amazing. Get a closer look into Tom’s life in the video above, then check out the collaboration t-shirts that are out now as well below!

“We are proud to release the first in our new series of videos called, Cool Story Bro. The idea behind this series is to show you a little insight into the guys on the team, on and off their bikes.
A few months ago, Robbo sent me a link to a few Monster Rally tracks. Just like Robbo, I was immediately a fan. That much so, I reached out to the band to see if they would be interested in working together on some sort of project. They are kindly going to be supplying the tunes for all these videos.
As Robbo introduced us to Monster Rally, it seems fitting that his Cool Story Bro is first.
Music:
MonsterRally.bandcamp.com
“Monster Rally is the brainchild of 23 year old Columbus (Ohio) resident and Cleveland native Ted Feighan. Producing music that is sampled-based tropical pop, Monster Rally began with the goal of assembling a bunch of old records into a completely different beast. Feighan began crafting tracks from his collection of records, combining his interests in Hip-hop, Exotica, Tropicalia, and Soul. Monster Rally creates tracks that manage to maintain a surprisingly organic sound, as if they were recorded by a full band on analog tape. There is something inherently nostalgic about the sound” – Gold Robot Records.”

END_OF_DOCUMENT_TOKEN_TO_BE_REPLACED 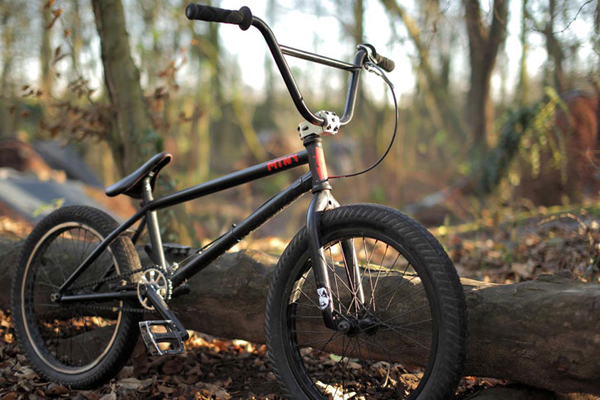 Make your way over to the Mutiny website to check out a few more photos of Tom “Robbo” Robinson’s current setup. That’s a dialed trails machine for sure!