Colony coming through with another batch of raw clips from a trip that some of the team took to Brisbane, Australia to stack clips for a few different video projects. This video is a bunch of clips from different skateparks and spots they rode along the way. Obviously with a crew like this, there’s a ton of dialed riding to take in. We’re especially pumped to see Tom Stretton back on the bike after nearly a year off due to knee surgery. Check it out!

“We spent a week in Brisbane filming with Josh Dove, Chris Courtenay, Jayden Fuller, Tom Stretton, Clint Millar and Alex Hiam. Here is the behind the scenes video from the trip.

We haven’t seen much footage from Tom Stretton since he’s been out with a knee injury, but LUX BMX just dropped this mix of footage that showcases Tom’s incredible nose balance that he possesses. There’s a good chance you have seen this footage in past videos, but there’s also a good chance you might have missed a lot of them as well. Hit play and check it all out!

END_OF_DOCUMENT_TOKEN_TO_BE_REPLACED

Fact: We are HUGE fans of Tom Stretton and Bobbie Altiser. When we had this video from Colony pop up in our inbox, we couldn’t start watching it faster. Watch as both of these guys bring their amazing skills with nose balance to ramps and street spots. The clips with both of them riding together are even crazier. Watch and enjoy!

“The creative minds of both Tom Stretton and Bobbie Altiser are back with another split video. Tom recently broke his leg so we mixed in his most recent footage with some Bobbie Altiser wizard moves from his Australian trip earlier this year and the outcome is something special.

END_OF_DOCUMENT_TOKEN_TO_BE_REPLACED

Zac Miner recently took the space he had available in his backyard to build a little bowl to ride. The space was tight, but it looks like he was still able to make it work. AFRAY put together this video from a session that Zac, Liam Zingbergs, Tom Stretton, Chris O’Donnell and Jack O’Reilly got in on it recently. Definitely a rad BMX video to check out!

Filmed and edited by Troy Charlesworth
Colour and Motion by John Young.

Whenever a new video by Jack Birtles drops you know you are in for a few things… Partying, good times, riding and some more partying! LUX BMX dropped this video from a trip that him and the team took that was all of those things. Highly suggest you watch this if you like super serious videos.

Filmed and edited by Jack Birtles

END_OF_DOCUMENT_TOKEN_TO_BE_REPLACED

We don’t know how the hell Tom Stretton does the things he does… But we love it! Check out this dialed new video Colony just released from some spots he destroyed as of late!

“Tom broke his foot just as we were finishing up filming a few clips for his latest video but fortunately he had stacked plenty of wizard moves to be able to finish it up. Filmed around Australia and the USA.

Filmed and edited by Cooper Brownlee.

END_OF_DOCUMENT_TOKEN_TO_BE_REPLACED 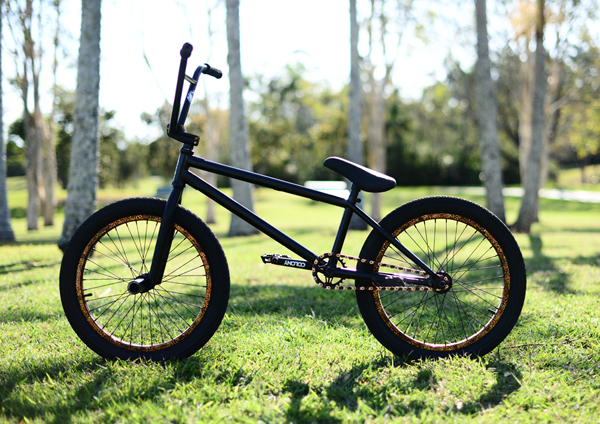 Head over to the Colony website for a quick bike check with Tom Stretton giving you a closer look at what he’s running these days! Those leopard print rims look so wild!

END_OF_DOCUMENT_TOKEN_TO_BE_REPLACED

It’s pretty amazing what a little quick crete and a few pieces of wood can create! Check out some D.I.Y spots all over Melbourne getting put to good use by some of the Colony team!

“We knew of a few drain spots that already existed here in Melbourne so Cooper spent some time fixing up a few along with creating some new spots and then invited some of the guys to come down and ride the spots for 3 days.
We had to do this during the middle of summer so that we didn’t get washed away and to be able to build at the spots. This all worked well besides the temperatures going above 40 every day we were out but all the guys were real good about it and still shredded it. Here is the video (and photos) from the project, hopefully we get to do another one next summer.
Riders: Zac Miner, Tom Stretton, Alex Hiam, Polly, Jack Kelly, Mick Bayzand, Marnold, Clint Millar
See photos from this project here: colonybmx.com.au/news/2014/05/d-i-y-in-melbourne-video/”