We have been cutting back on the vlogs pretty heavy since there are just too many to keep up with these days, but this new one Austin Augie put out caught our attention. This video gives us a look at some time Austin, Tony Malouf and Morgan Long spent exploring an abandoned mall that has been completely gutted. The spot is absolutely crazy and Austin and Morgan both take on some crazy gaps and drops that you gotta check out. This is definitely not your usual BMX video, so make sure you take a look at this one.

Here’s one we’ve been waiting for! Fit Bike Co. kicking your Halloween off with a banger of a video featuring most of their crew absolutely slaying spots. This one also has a bit of a story to it, so make sure you’re watching the full video to get the maximum effect! Awesome riding, great film work, hilarious story. Enjoy!

Here’s one from a trip to Arizona some of the Fit Bike Co. team took to Arizona a little while back! This starts out with a wild ledge ride and doesn’t slow down until the end! Amazing riding and spots in this. Get on it!

“Brandon Begin, Morgan Long, & Austin Aughinbaugh trip over to Arizona and meet up with fellow Fit shredder / Phoenix resident Troy Blair. Such a rad and diverse crew of riders putting their mark on the many amazing spots that AZ has to offer. From technical to unorthodox to pegless and straight up gnarly, these dudes have you covered.

“The trip was outta hand from the beginning with minimal planning and last minute changes. Begin, Austin Aughinbaugh, and myself were the only riders able to make it and Chris Mortenson jumped in last minute to shoot photos. We headed to Vegas and picked up Troy Blair from a realities house on the way. Malouf was the man behind the camera and giving us a place to stay and he made sure that good times were had from Vegas to AZ on and off the bikes. Tony and The gully factory house and affiliate Reed Stark had the Fit crew in the best of vibes and led to never ending jokes. From the partying to the jokes to the riding everything got outta hand and as I write this we are all in a group message trying to plan another trip out to AZ.” – Morgan Long

END_OF_DOCUMENT_TOKEN_TO_BE_REPLACED

The crankflip wizard, Joey Motta recently spent some time cruising street spots and exploring the island of Puerto Rico recently for RaWr Superfoods! Check out this rad BMX video that came from the trip filled with dialed riding, great spots and a look into what he got into off his bike. Looks like it was a damn good time to us!

END_OF_DOCUMENT_TOKEN_TO_BE_REPLACED

Well here’s a bit of interesting news we didn’t see coming. Tony Malouf has announced on Twitter that after seven years on BSD, they have parted ways. No word on if it was mutual or if Tony has another deal lined up or what, but only time will tell.

Not to say we had a feeling something was up, but we did notice at Interbike, BSD didn’t mention much of anything about his signature Beverage frame, when all the other existing frames in the line up were given updates like investment cast dropouts for 2016, which was weird. I guess we know why, huh?

Any guesses where he might go? There’s been a few shake ups with Stranger lately… That’s our guess.

END_OF_DOCUMENT_TOKEN_TO_BE_REPLACED 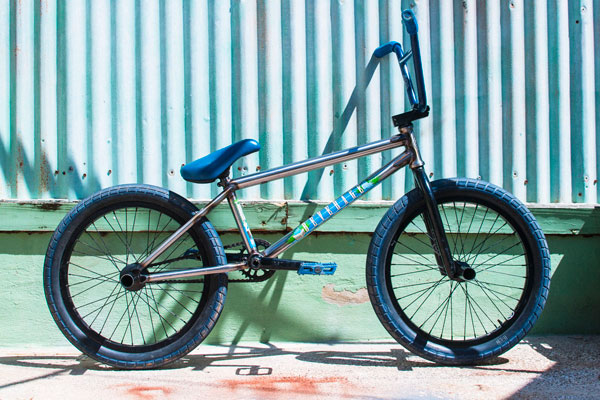 Head over to the DIG website for an interview with Tony Malouf and his signature BSD Beverage frame that was recently released in this clear water colorway. Looks like one hell of a dialed BMX bike to us!