I’ve been waiting for this to drop. The new Vinyl BMX DVD will be dropping March 15 as part of the new issue of Soul along with it being available to buy separately. Check out the trailer that gives you a good idea of the beating these guys took to get the video done, then hit this link to check out the new Hex and Aarows Hoodie Vinyl has available now! 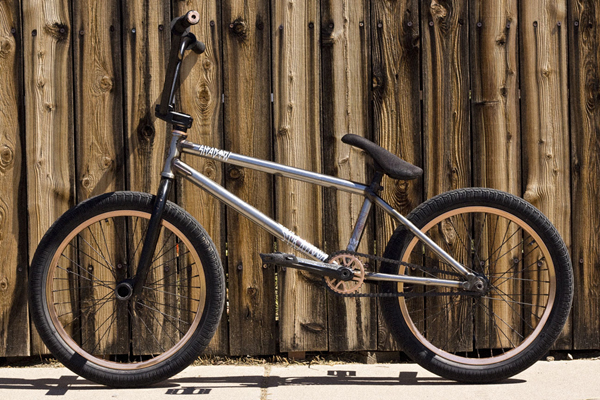 Head over to The Shadow Conspiracy website to get a look at Eric Bahlman’s freecoasting machine decked out with their new copper colorway. That’s a hell of a unit right there.

Vinyl BMX have a DVD in the works that will be out in a few months. Here’s the first teaser to pop up featuring Brian Yeagle. This really gives nothing away, but I can tell you it’ll be filled with some of the finest trails riding and riders on this planet. Expect to see more soon.

Vinyl‘s Tom Arkus recently spent some time over in France cruising the best sets of trails in Paris, Bordeaux, Banos and Montpellier. While he was there, he strapped the GoPro to the helmet and filmed some of the riding he got in while he was there. Enjoy the ride!

Here’s some fresh trails amazingness from Vinyl BMX! You’re going to want to hit play on this right away.

“Vinyl BMX Presents an exclusive film show casing some the best terrain trail riders have to offer in it’s own purist form. The film features riders from the greater Pittsburgh area and a few international Vinyl representatives, all the way from France.

After you check out the edit, hit this LINK to check out Vinyl’s 2012 summer apparel line!

It’s a double whammy Saturday on The Union today. We just so happened to have a bike check with Stolen‘s newest team rider, Chase Zink, ready to drop on the same day as his brand new Vinyl split edit with Tom Arkus. So make sure you check out that video above and then hit that jump and check out what Chase is riding these days along with a few quick Q&A questions to find out what else he has been up to lately like working on Formula 1 race cars…

“Chase Zink and Tom Arkus spent a week in a half in The Tampa Bay Area cruzing around the Ybor City, and Downtown Tampa, with added session at Skatepark Of Tampa, and Desoto.

This video is nothing serious, just regular riding sessions after a work day.

For some reason over the years, Chase Zink has always stood out to me. I recall seeing footage of him in the old Michiana website and always thinking the dude was going to blow up because of how much style and talent he had on a bike. It’s been a little while since I’ve seen anything from him and I decided I’d see if he would be into answering a few questions. Luckily, Chase was into it and I’m psyched about that. Check out what he has to say, a few photos, and then leave him some love in the comments!