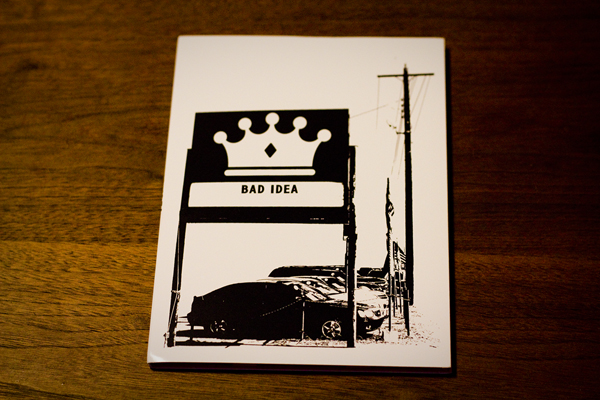 The video started playing on his iPhone and instantly my jaw hit the floor. I couldn’t believe what I was seeing. At this point in time, the whole HD footage thing was still pretty fresh and other than Joe Simon, not too many people were doing much of it. I remember thinking to myself “holy shit… this video is going to be epic!”. What I didn’t know was that, that trailer was just the start of filming for this video.

Over the years since that very night, the video has sprung hundreds of rumors. The video was happening, the video wasn’t happening, Parrick drained all of Empires budget and they are so broke they are going out of business. You name it, there was probably some sort of story that came from it.

After what seemed like delay after delay, release date after release date being pushed back, I started wondering if this video would actually ever happen in my life time. Then a few months back, the light at the end of the tunnel started showing through Tweets and emails from Tom saying that Dave was making “final tweaks to the video” and then the other week it was finally announced that it was done. DONE, DONE.

Finally, the other day I opened the mail box to find an envelope from “The Williams” and all I could say was “Holy shit… It’s here.”.. Seriously, my neighbor heard me and asked if I was okay, haha.

Over the years, there have been a lot of things that have left an impact on BMX; Riders, tricks, products, injuries and plenty of other things. Since I’ve been doing this website there have been a handful of highly anticipated DVD’s that have come and gone. Hell, I still can remember the crazy feeling I got watching Anthem II for the first time. The weird part about this is that in the 5 years of The Union’s existence, the Empire video has pretty much always been on the list of highly anticipated things, so having this video sitting on my desk right now is almost surreal.

Going into the video, I had some real high expectations. I know Dave Parrick has produced some of the best videos in BMX’s history and I know the team is stacked. I also know that if you are going to take this damn long to produce something, it better not be disappointing or there could be some sort of riot or human caused disaster because of it. 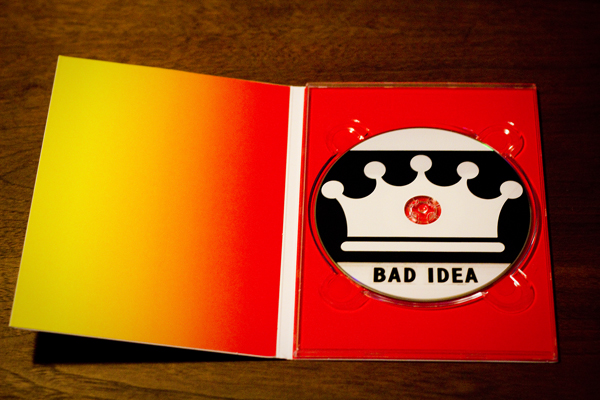 Hitting play for the first time, I instantly knew what was coming. Tom leaked the intro online about two months back for a short amount of time to fuck with people a little bit. It got locked back up shortly after, but if you look at the bottom, the intro appears to be back online…
After that, things got off to a really good start.

The video opens up with Kevin Porter. Anyone who knows Kevin on a pretty personal level knows that the last few years have been filled with ups and downs for him. Getting married, starting a coffee shop, getting a divorce, selling the coffee shop off, traveling place to place with one way tickets only to move on to the next place when he was ready and ultimately moving from Chicago to Long Beach, California. Throughout all of that, Kevin had been filming for this video. You can definitely see how his style has changed up in his section and that’s not a bad thing. It’s all classic Kevin Porter style that is impossible not to love. All I know is that Kevin gave this section his all and it turned out phenomenal. I’ll say this was definitely one of my favorite sections from the video!

Following Kevin’s section is Sean Sexton. There’s no doubt that Sean is definitely one of the best street riders in the world these days. His style and tricks are all on point and this section shows it. The song was a little weird and I kept thinking the part was going to be short and end. I don’t know if that’s just me, but it kept going and so did the bangers. Really happy with how this one turned out.

Up next was a full section from Tom Smith. I was partly surprised he had a full section just because there never seems to be enough footage of him floating around. Anyone that has seen some of the old V-Club videos knows that Tom is highly under rated and I think this section will open a lot of eyes. I really hope we can start seeing more of Tom in the future. He’s got some incredible nose balance.

Two Tom’s don’t make a wrong. Tom Dugan’s section is just what you would imagine. Fast paced BLASTING on everything. I don’t think I could ever get sick of seeing Tom air 69 feet out of a quarter ever. This section is also jam packed with insane gaps and wild setups that left me dropping some holy shits and fucks all over the place. Tom doesn’t need barspins, whips, grinds or any of that stuff to really blow some minds. If you have seen any of his edits that have dropped the last year or two… This section takes a dump on all of those.

Next up is the mix section that features Danny Hickerson, Dylan Smith, Hanson Little, Sergio Layos, Chris Doyle, George Boyd, Tony Cardona and Morgan Wade. I don’t really need to say that all of these guys produced some damn good riding for this two song, 10 minute or so section. I will say it almost left me a little depressed though. I was really looking forward to full sections for Danny Hickerson, Dylan Smith and George Boyd for some reason. I will let Doyle slide since he’s so new to the team and didn’t have much time to film. You can never go wrong with Hickerson footage and Dylan and George definitely have brought plenty of goodness to BMX the past few years. I almost wish Tony’s web video that dropped a few weeks back was his section in this video and not just a bonus as well. There weren’t nearly enough clips of him. There really wasn’t enough of any of these guys!

Following the mix section is Chase Hawk’s section. Chase is to the point where it’s safe to say he’s got a classic style like Doyle, where you could see him do the same tricks and never get sick of it. The clips in this section definitely span a number of years. I almost want to say he’s got a few clips from before Cult started in this. It’s cool to see how he has started mixing the pegs into his riding as well. I was almost surprised the the street and park clips out numbered the trails clips by quite a bit in this one as well. Either way, I was really impressed with this section.

I don’t think you realize how many crashes these guys probably took over the course of filming for this video. Dave was able to put together a pretty solid crash section featuring pretty much all of the guys. It’s pretty clear that Kevin, Chase, Tom Dugan and Aaron Ross all took some of the gnarliest slams filming for this. I don’t even want to know how many crash clips they never even used.

And the ender… The part goes to the very well deserving Aaron Ross. All I could think about is how much crazier Aaron’s riding has become since his first Empire video part. I also couldn’t stop joking in my head about how his bike doesn’t sound like it’s going to explode anymore too. This part was nothing short of awesome and the riding Aaron does is so wild. Some how he makes a lot of the clips look like it’s not that as crazy as it really is, which is pretty cool. This section could be a pretty good timeline of the last few years for him as well. There’s so many different Aaron Ross signature colored bikes and shoes in this… So many colors. You can’t help but love it. You won’t be disappointed. 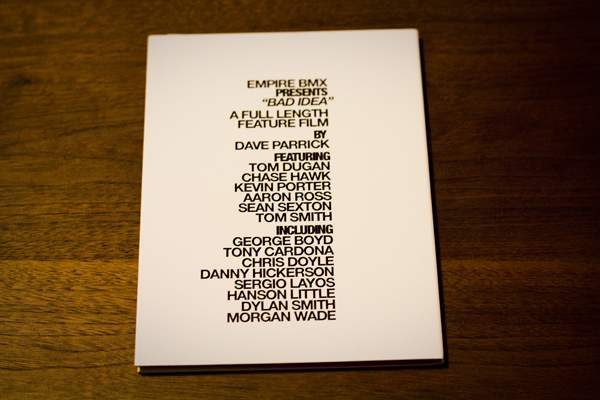 So, that wraps up the video. If you haven’t sensed that I was completely stoked on the video, then I’m not really sure what you are on, but it must be the good stuff. Dave Parrick took a long time to make sure he was properly filming this video and it shows. Not to mention that he had support filming from Walter Pieringer, Joe Simon, Ryan Navazio, Christian Rigal, Joe Rich, Stew Johnson, Levi Brewer, Joe Frans, Devon Hutchins, Cody Nutter, James Stevens, Andrew Brady, Guiri and Andrew Hillside filming some of the clips that are strung throughout the video. It’s clear that Dave had taken a lot of time to plan his shots and make sure everything was as crispy as it could be.

One of the biggest set backs for the release of this video was Dave’s attention to the detail when editing. No, it’s not loaded with crazy graphics or film burns or anything like that. It’s all really clean and smooth, the colors are great and the video runs together real well. Dave, if you are reading this, the wait was worth it.

I’m not going to throw these guys under the bus because there’s at least one song in the video that I really hope they didn’t try and get clearance for because it would probably cost about as much as a house, but you can find music from bands like The Buggles, Boss Hogg Outlaws, Simon & Garfunkle, B52’s, Agent Orange, Pink Floyd, The Smiths, Van Halen and New Order. Either way, the sound track for the video was on point with each rider and I was feeling it.

Overall, I’m going to say this video turned out just as good as the hype promised. Sure, it took forever to complete, but sometimes good things take time… a lot of time. I’m glad Tom and Tina stayed behind the project to see it through even though I’m willing to bet they could have bought a house or three with the money that got dumped into this one. I really couldn’t find anything disappointing about the video other than wanting more from some of the riders in the mix section, but that’s really about it. The video is one you definitely need to see at least once. Do I think it’s worth buying? There’s no doubt in my mind that you will get proper use out of it if you do buy it. It’s already a classic in my eyes, and if I had say, my vote for NORA Cups video of the year would go to this one.

The video is available now for $14.95 through Empire or you can have your local shop here in the U.S hit up Full Factory Distribution to get you a copy ordered up.