Animal Bikes on the streets of Athens, Greece!

Animal Bikes‘ Mark Gralla, Abdul Fofanah and John Manaras recently spent some time cruising the streets of Athens, Greece, stacking clips and taking in everything the city has to offer. The crew ended up having a real productive trip and came back with this dialed new video packed full of clip after clip of pure goodness. Hit play and enjoy!

Animal Bikes have uploaded their “The Animal House” video on to their Vimeo channel for your viewing pleasure. This BMX video is just under 18 minutes of pure goodness from most of their crew as they spent an entire month cruising New York City with filmer Ryan Navazio stacking clips. Needless to say, with a crew like this, plenty of heat went down. This is a MUST SEE for sure.

“Shot primarily in New York City during the month of October, 2015. Featuring full parts from Mark Gralla aka Ratkid, Abdul Fofanah and Colin Varanyak. With appearances from most of our team riders including Tyrone Williams, Garrett Hoogerhyde, Tom White, Matt Miller, Dan Lacey, Brendan Reith and many more.”

END_OF_DOCUMENT_TOKEN_TO_BE_REPLACED

90East dropped this new BMX video featuring Abdul Fofanah putting in work out East. These clips were filmed over the course of the past few months with grind after grind for you to enjoy! It also sounds like the 90East crew are working on a new full-length video, so get stoked for that!

“As Winter on the East Coast begins to set in, we present this collection of footage from Abdul Fofanah. As always Abdul comes through with solid lines and unique style while cruising the streets of the North East. There will be more to come from Abdul and the rest of the crew later this year in our next full length video project. Thanks to everyone for the continued support and enjoy.

END_OF_DOCUMENT_TOKEN_TO_BE_REPLACED

It’s crazy how much footage can just be “missing” on peoples hard drives or locked up on Youtube or Vimeo for one reason or another. We’re not sure why Animal Bikes never ended up using this video, but we’re glad Lino Gonzalez finally released this BMX video online for everyone to enjoy! If you’re looking some street, this is one you gotta check out!

This one surfaced back on Halloween, but for one reason or another Animal took it down until today! So, we have it reposted for you!

Abdul Fofanah has been apart of the Animal Bikes crew for a while now, but it looks like they have made it official and given him the bump up to the team! Hit play to check this short, but sweet welcome edit!

“To become apart of the Animal team is not an opportunity that happens too often. Abdul has been in the mix for a few years now. He’s been on some road trips and delivered some wack ass jokes from time to time, but most importantly he is always down to ride. Fighting hangovers is no easy task, yet he rolls with the punches and puts in work. The work has not gone unnoticed and he has rightfully deserved a spot on the team. Welcome to the team dude.

Also be on the look out for Abdul’s section in the upcoming 90East video. The Boston crew has been working on this vid for quite sometime, so it definitely will not disappoint.”

END_OF_DOCUMENT_TOKEN_TO_BE_REPLACED 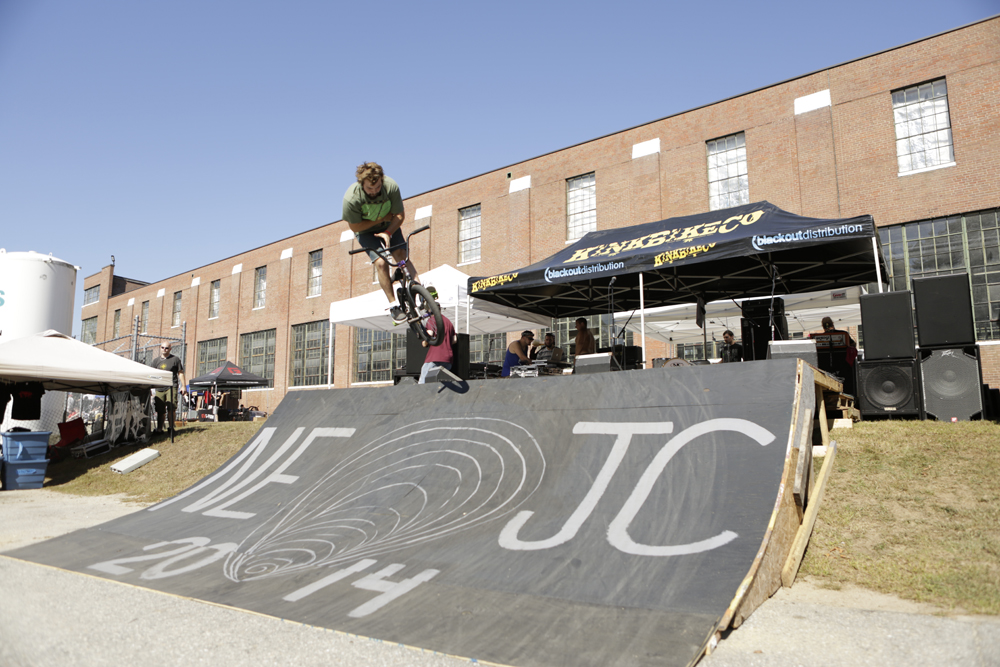 All photos and captions by Nick Nogueira

Shaun Aykroid with a big air out to disaster 180 bar!