BSD coming through with a fresh video featuring Antony Lille ging to work on some of his local spots over in France! This one is a raw cut, giving you all the sounds from the riding to enjoy. This is filled with some unique spots from crazy wallride setups to super slick looking metal slides and more! Antony delivers with this BMX video, so hit play and enjoy!

“The French word Bruit translates as a noise, a sound or a rumour.

Made from lost footage found on a broken computer and some newer stuff too, this video is a rare sighting into the riding of the elusive Antony Lille, a murmur from the streets of Toulouse…

There are only a handful of places on this earth we’re not really sure if we’ve seen much, if any, footage from. Iran is one of those countries and it looks like that all changes now. BSD‘s Luc Legrand, Antony Lille, along wth Clement Baes and filmer Antoine Sabourin recently saw their chance and took it to explore a country that most don’t consider. Based off this BMX video, it’s safe to say this place is one big untapped spot and the people appear to be pretty amazed by what these guys are doing on two wheels. Pretty amazing stuff since Iran always gets painted as a pretty rough place to go.

“The BSD hippies are back and this time they threw out the rule book and took advantage of Iran’s recent increased leniency on their visa applicants. Forget what you think you already know and watch on as Luc Legrand, Antony Lille and guest rider, Clement Baes ride bikes and enjoy a country that most would be scared to even consider visiting, let alone smith grind through. Sit back and enjoy!” – DIG

“In the current world climate and with the help of the propaganda of political pundits, lots of friends don’t understand… why Iran? It’s dangerous… blah blah blah… Whatever, all I can say is that it was one of the best experiences in life for all of us. The Iranian people we met were just so nice, hospitable and curious about the world. We were able to speak about all of the big subjects… religion, politics and war. They know of what the rest of the world thinks of them. They know that it is all geo-politics. They aren’t angry about American people but they are against imperialist politics. They are afraid of undergoing the same fate as all the countries which surround them. Anyway, we met incredible people, discovered the Persian culture, ate good food, saw crazy landscapes and we rode some originals spots for our littles bikes… So, switch off the TV and open your mind. No more wars, love is gonna win!” – Antoine Sabourin

END_OF_DOCUMENT_TOKEN_TO_BE_REPLACED 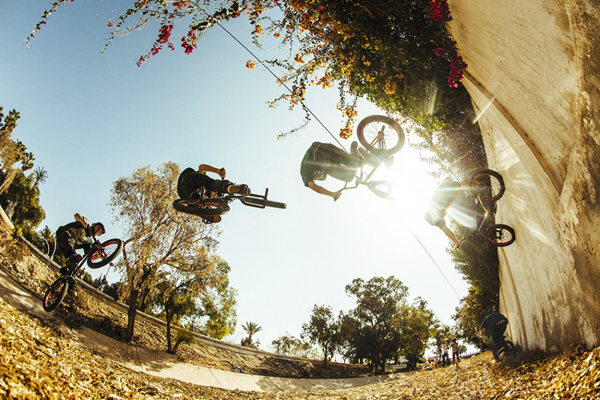 Head over to The Diggest to check out a TON of photos that Vincent Perraud shot while he was out in Morroco with Luc Legrand and Antony Lille filming for their BSD video!

Two of France’s wildest riders, Antony Lille and Luc Legrand, decided it was time to hit some uncharted territory. They made their way to Morocco to see what the place had to offer for spots and culture. They came back with this amazing new video for BSD you do NOT want to miss! The ender is INSANE.

“French hippies Antony Lille and Luc Legrand sailed to North Africa and headed off the beaten track in search of some weird and wonderful spots.
Filmed and edited by Antoine Sabourin.”

When has BSD ever disappointed you with a video? You better believe they aren’t starting that off with their section in the “London Calling” video! Check out all the gold these guys produced.

“BSD were first in the RideUKBMX apartment in London. In the mix was Tony Malouf, Liam Zingbergs, Antony Lille, Dan Paley and Alex Donnachie. The weather was first class in the capital when they were in town, so we knew things would be blowing up right away. Filmed and edited by Dave Sowerby.“ 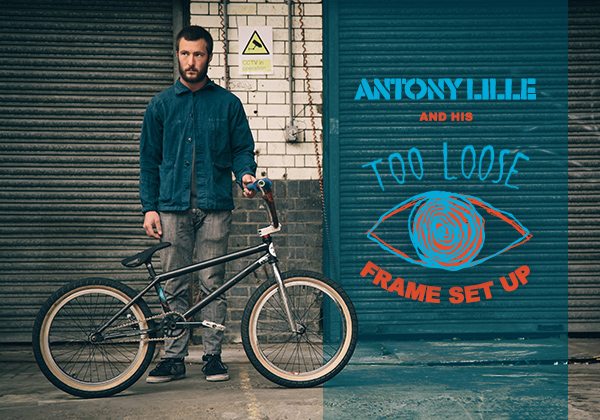 Head on over to the BSD website to check out a fresh bike check with their French connect, Antony Lille , and his dialed Tooloose setup! How good does this unit look!?

Hadrien Picard dropped us a line this morning to let us know that they have begun releasing sections from the Soul BMX Magazine DVD “Douce France” that was originally released back in 2009. To kick things off they have Antony Lille’s section filled with goodness for you to check out!

The Vans France crew loaded up for a trip to find bowls and crazy cement transitions for their recent trip. Damn did they come across some awesome spots to ride! Check out part one of the video giving you a look at a few different parks, backyard ramps and street spots they came across! Can’t wait to see part 2!

“This summer, the Vans French Team went on a trip to the south west of the country to find and ride some concrete waves. Watch Justin Fouque, Antony Lille, Nicolas Badet, Nicolas Cambon and Alex Valentino in this edit.
Read the full article about this trip at thediggest.com/blog/“