The Bancal BMX crew over in France coming through with a new mixtape featuring a few of France’s finest like Luc Legrand, Alaric Streiff and Florent Soulas, along with a bunch of unexpected Van Homan clips. This is a real good watch with great riding, a good mix of spots, solid film work and music. Hit play and take this mixtape all in!

““Little mixtape of friends, with forgotten clips or some more recent to give motivation before training on Wednesday evening! My way of thanking all those who have helped me lately!”
-Antoine Sabourin

There are only a handful of places on this earth we’re not really sure if we’ve seen much, if any, footage from. Iran is one of those countries and it looks like that all changes now. BSD‘s Luc Legrand, Antony Lille, along wth Clement Baes and filmer Antoine Sabourin recently saw their chance and took it to explore a country that most don’t consider. Based off this BMX video, it’s safe to say this place is one big untapped spot and the people appear to be pretty amazed by what these guys are doing on two wheels. Pretty amazing stuff since Iran always gets painted as a pretty rough place to go.

“The BSD hippies are back and this time they threw out the rule book and took advantage of Iran’s recent increased leniency on their visa applicants. Forget what you think you already know and watch on as Luc Legrand, Antony Lille and guest rider, Clement Baes ride bikes and enjoy a country that most would be scared to even consider visiting, let alone smith grind through. Sit back and enjoy!” – DIG

“In the current world climate and with the help of the propaganda of political pundits, lots of friends don’t understand… why Iran? It’s dangerous… blah blah blah… Whatever, all I can say is that it was one of the best experiences in life for all of us. The Iranian people we met were just so nice, hospitable and curious about the world. We were able to speak about all of the big subjects… religion, politics and war. They know of what the rest of the world thinks of them. They know that it is all geo-politics. They aren’t angry about American people but they are against imperialist politics. They are afraid of undergoing the same fate as all the countries which surround them. Anyway, we met incredible people, discovered the Persian culture, ate good food, saw crazy landscapes and we rode some originals spots for our littles bikes… So, switch off the TV and open your mind. No more wars, love is gonna win!” – Antoine Sabourin

END_OF_DOCUMENT_TOKEN_TO_BE_REPLACED

We haven’t seen much from Clement Baes lately since he was healing up from joining the knee club, but today Soul BMX Mag dropped this new BMX video from some of the sessions he has been getting in since healing up! Looks like he’s back and better than ever to us! Check it!

“– By Antoine Sabourin –
The french street tech wizard is back after a knee surgery for a new part without freeco filmed in a few sessions only while shooting for his Soul 86 interview.
thanks to Etnies and Stranger (distributed in france by unleaded) for the support”

END_OF_DOCUMENT_TOKEN_TO_BE_REPLACED

Yorda LHB was sitting on a bunch of footage of Clement Carpentier, Clement Baes, Camille Levasseur and Fabien Dulong from 2014 and decided to put together another round of The Norman Hole for us to all enjoy! This is 11 minutes of real good footage from street, skatepark and trails session the crew got in over the course of the year!

Filmed and edited by Yorda LHB

END_OF_DOCUMENT_TOKEN_TO_BE_REPLACED

Waaaay back in February, we posted up part one of Holy Crisis… Now we have part two featuring Clement Carpentier, Clement Baes, Luc Legrand and Jason Eustathiou putting together some amazing riding out on the streets of Greece! Check it!

Filmed and edited by Antoine Sabourin

END_OF_DOCUMENT_TOKEN_TO_BE_REPLACED

Clement Baes new edit isn’t really a sextape if you really didn’t know… Unless you’re into some sort of weird BMX fetish, then maybe… But either way, Clement is back at it again with some damn good street riding from France for you all to enjoy! Hit that play button because this one is well worth a watch!

“Already my 5th video with my boy Baes! So Stocked on this one!
Clem rides for Animal bikes via Clandé in France.
Http://shop.clandebmx.com
Shout out to DownForLife too!
Song: stop dat – Dizzee Rascal“ 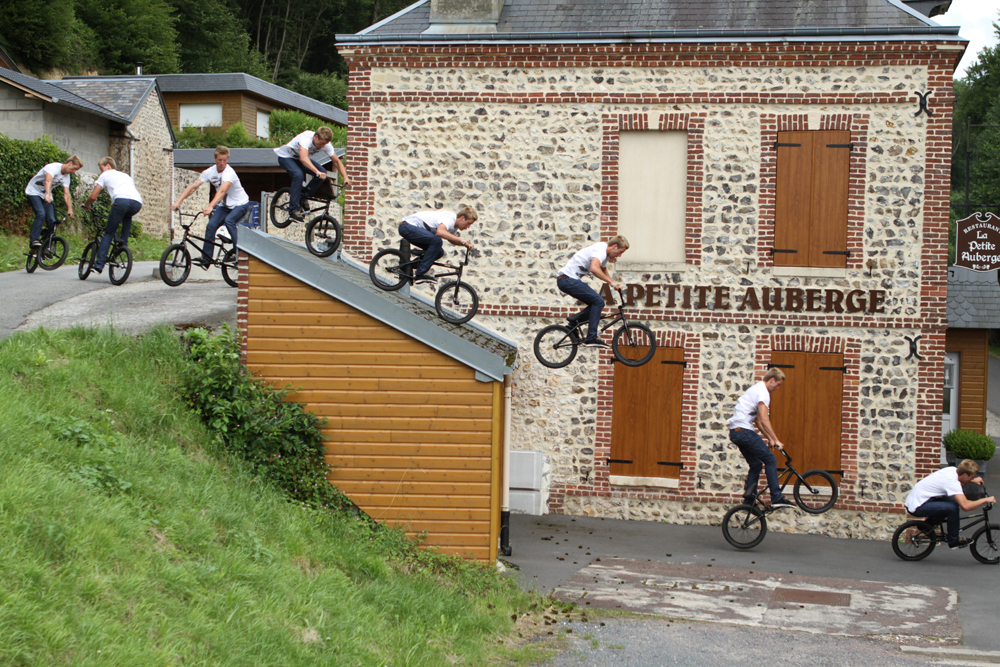 All photos and captions by Fabien Lefevre A.K.A Yorda LHB

“Little” Halfcab from my boy Clem Carpentier during the filming of his big 2012 section.
– Click to see edit