It has been a little while since we’ve talked about the BMX Streets game, but it looks like the game just keeps getting better. If you’re into the PC version of the game, you can now download the Simple Session map that lets you session the exact same course as the contest that went down a few months back in Tallinn, Estonia. The look of the course is spot on, and it looks, based on the video above, that the game keeps things pretty realistic beyond being able to do some pretty crazy transfer lines that look a little unrealistic. Either way, this looks awesome, so hit play and take it all in then download a copy if you’re into it.

BMX Streets MOD map is available to download for PC on MediaFire
The game is available on http://bmxstreets.com

Shout out again for @danstachet for putting the course into the game and for Nathan Wessel for designing the actual course.” 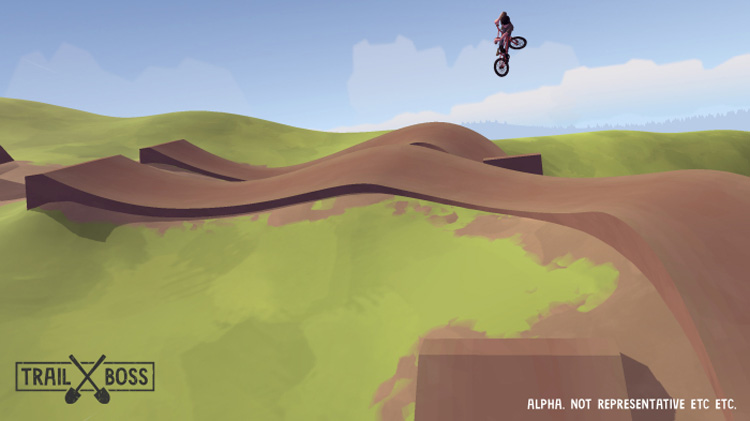 Here is a video we had sent through that really caught our attention. For those of you that have been following a number of the BMX Games that are either available or in development, here’s an interesting bit of news you may not have heard yet. It turns out BMX The Game have been working on a new tool that uses Virtual Reality to build out your own city to ride. If you ever played the Dave Mirra and Mat Hoffman games, Skate, or Tony Hawk games, you were able to build out your own skateparks and spots to ride. Take that but step things up to a 2017 level where you can use a virtual reality headset to create an entire spot. Above is a short video giving you a look at what the BMX The Game crew have been working on. It will be interesting to see what comes from this.

App description:
A virtual reality application which allows the user to build and decorate the city, placing objects and props like cars, street lamps, trees, benches, in a super intuitive way, using it’s hands. It’s a perfect application to build fast while you gets a realistic sense of presence and scale. This app is used daily to enrich the city with content in an easy, intuitive and entertaining way without specific knowledge.

For the players
This app has been designed as an internal city builder tool and also for BMX The Game players who have VR technology. The VR abilities will be also used into game editors such as park editor and terrain editors.
The users will be able to create their own bike parks on a delimited terrain, with a very extensive library of objects, including ramps, boxes, railings and many other objects.

How to use:
The user can go anywhere – using a typical teleporting system – in the city and place the props just pointing with their hands. Once a prop is placed, is possible to handle it. This means moving, rotate or scale it just using the hands, handling it virtually.

The user has a comfortable UI which allows to browse the props library at any time.”

We have been seeing footage from the BMX Streets game pop up for a while now, and it seems like with every round of beta testing gameplay footage, there are some solid improvements from the previous. Ride UK uploaded this video of some of the recent testing footage that seemed to smooth out a few things. It’s still a ways away from perfect, but being that the project isn’t funded with much money and it’s a small development team, they’re on the right track. What do you think?

Want to check out more BMX games? Check out this list of BMX Games to play.

Matt Poteet hit us up with a link to a video he recorded while testing out the BMX Streets game that is in development. This is the sample for the desktop version that is still in development, but you can currently download a mobile version of the BMX game on your phone now!

“This has got to be the most fun I have had playing a BMX game since the Dave Mirra and Mat Hoffman classics. This game is revolutionary in such a way that it brings about similar controls that skate had but in a BMX game. This is something that the BMX community as a whole has wanted for a long time.

This game will be a revolutionary BMX game for the community. Here is some footage a recorded from the past 2 demo releases and is available for download until January 5th of 2017. A release date of the full game is yet to be determined. So download and experience this great game while you can. The best way to support the development of this game is to pick up a copy of the mobile version “BMX Streets Mobile” in the Google Play and Apple App Store.

I look forward to seeing the final product of this game.

We know how much you guys love BMX Games, so here’s a little news for you. The crew over at KING OF DIRT hit us up with news that their mobile game has been given a big update that has better graphics, 10 new levels, new tricks, new UI, secret levels, new custom paint and a new 3rd person view. These updates should make the game even better, and we have a little giveaway that can make it even sweeter….

UPDATE: We have given out all of the promo codes! Snooze you lose!

Don’t have the game yet? You can download it in the Google Play Store or in the iTunes store now. 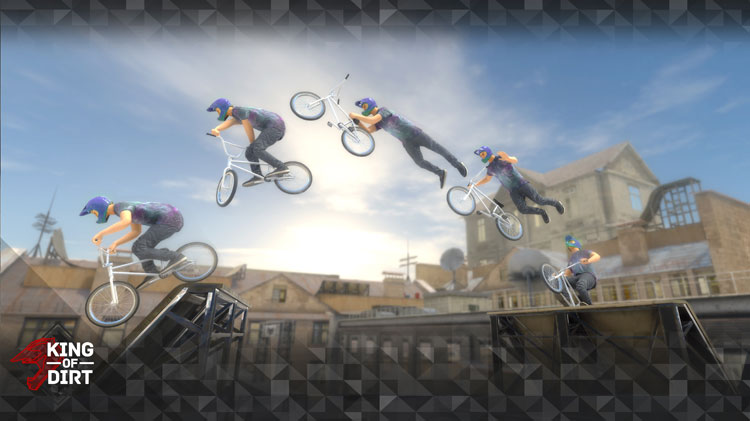 Want the discount code? Better get to commenting before they’re gone.

It has been a good week for those of you looking for BMX Games to play! Earlier this week we got a look at a new preview of BMX Streets (Game Test Footage) and now we get another preview of BMX The Game. This time around it looks like their is a level based around the old Tunnel that used to be a skatepark over in the U.K (We don’t think that is still around… Is it?). Either way, it sounds like the game is still moving along.

“A gameplay video from the Barspin Studios BMX THE GAME pc sneak peek pre-alpha 0.184, looking for what is already possible. (Exclusive Bikepark Footage)