Snakebite coming through with another classic for you to start your weekend off right! Here’s the full Fox Racing “Expendable 3” video that has an absolutely legendary lineup of riders! The video was released back in 2002 and features riding from Ruben Alcantara, Fuzzy Hall, The Shadow, Dave Mirra, TJ Lavin, Colin Winkelmann, Alan Cooke, Chris Doyle, Taj Mihelich, Brian Foster, Bruce Crisman, Luc-E, Mike Laird, Josh Harrington, Chad Kagy, Colin Mackay, Nate Wessel, Ronny Chalk, Punjab and more! This ha a little bit of everything from street to park, trails and flatland. Needless to say it’s a damn good watch, and I personally can’t even count the number of times I watched this one when it came out 19 years ago.

After a long and successful career as a BMX pro, Chad Kagy talks about injuries that forced him into retiring as a pro BMX rider…

Here’s an interesting video that meshes together two people who have been forced to change up their whole lives, but have something similar in common. One focuses on Chad Kagy who has retired as a BMX pro after injuries that have kept him from being able to ride like he used to, and the other looks at a war photographer and reporter, Steve Hebert, that had to step away from the risky world he knows after things took a turn for the worst. In the video, Chad discusses the crash that took him out, along with countless other injuries and surgeries that he had over the years that wore him down to the point that he had to take a step back. Both guys had different backgrounds and lives, but riding bikes is what they have in common. It’s an interesting video that looks at the unknowns that can happen when you take on a risky career that can have some serious highs and lows.

This video doesn’t exactly cover what comes next for both guys career wise, but it’s an interesting perspective. We had the chance to catch up with Chad last summer during the X Games and talked about what it was like not being able to compete in the X Games for the first time in nearly 20 years, and how it’s definitely different, but it has allowed him to spend more time with his family and that’s always a good thing. Chad might not be competing anymore, but it’s safe to say he won’t be done with BMX any time soon.. Take a peek!

“What happens when you can no longer be who you’ve been? Flatland profiles two Kansas Citians – an X-Games champion (Chad Kagy) and a war photographer (Steve Hebert)– who, at a young age, must decide what comes next for their lives.

We’re FlatlandKC.org, KCPT’s digital magazine, a destination for local and regional storytelling in and around Kansas City.“

Deft caught up with Chad Kagy out at Woodward East to spend some time riding and getting his perspective on things! You already know this has some dialed riding in it!

“We spend some time in Pennsylvania with Chad Kagy.
Kagy talks about what still drives him to keep riding BMX while showing us the hot lines around the historical Woodward Camp, Pa.
#DeftFam

END_OF_DOCUMENT_TOKEN_TO_BE_REPLACED

Things at Travis Pastrana’s house have been known to be pretty wild… The Nitro Circus crew recently had Nate Wessel and his crew build a 20 foot tall kicker for James Foster, Steve McCann, Chad Kagy and a few others to launch themselves off of. Check out highlights from that along with another ramp setup that Travis does a front flip on his motorcycle with…. Wow.

“Trav gets his friends (and a sheriff with a radar gun) out to test the biggest ramps ever conceived and constructed at Pastranaland. Featuring Tyler Roberts, James Foster, Steve Mccann and Jolene Van Vugt.

Check out more of our exclusive series leading up to the release of Travis Pastrana’s new film Action Figures!

END_OF_DOCUMENT_TOKEN_TO_BE_REPLACED 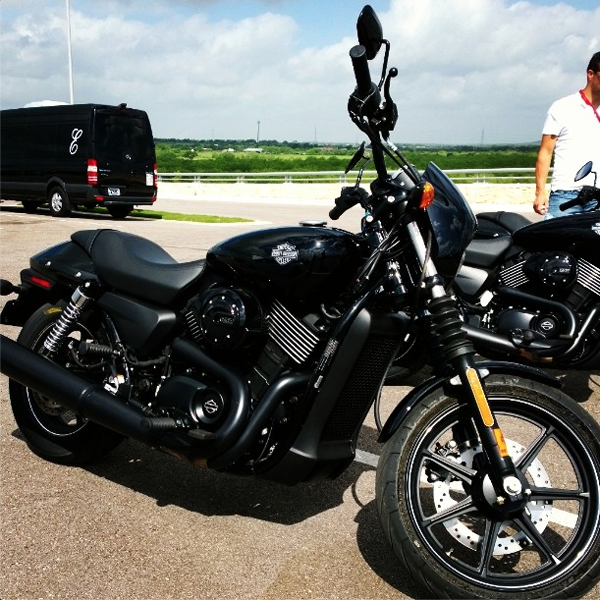 I know, this is a BMX website… But the number of guys who ride BMX and motorcycles has always been a pretty high number, especially in the past year or two with a lot of pro’s picking up motorcycles for themselves as well. Last week during the X-Games, I was asked if I would be interested in going for a ride with Chad Kagy, Greg Lutzka, Jossi Wells and a few others on a new bike that Harley Davidson would be releasing in a few weeks… I’d have to be nuts not to take up the opportunity because I’m a big fan of motorcycles, especially Harley’s. So we rolled up on their new Street 750’s…

END_OF_DOCUMENT_TOKEN_TO_BE_REPLACED

Take a little ride with Chad Kagy and his GoPro to see what his winning run at the X-Games in Munich was like from his perspective. Backflip cliffhanger and a flairwhip? So wild.

“Chad Kagy goes up against Kevin Robinson in an all out battle of BMX knowledge. Both Kagy and Robinson know their BMX history and both are up to date with what is currently going down. Listen in as Chad Kagy and Kevin Robinson go at it trivia style in this HEAD2HEAD.” – Alli Sports

There’s no denying that Mega Ramp is gnarly… Here’s a little video featuring some of the best guys on the ramp talking about what it’s like to ride the ramp and how it has changed BMX.

“Kevin Robinson has been a pioneer when it comes to taking BMX higher than ever before – second to Mat Hoffman of course, the original pioneer – and in this episode Robinson along with others break down how MegaRamp has affected BMX. Hear from Zack Warden, Andy Buckworth, Simon Tabron, Steve McCann, Chad Kagy and Anthony Napolitan what it’s like to ride BMX MegaRamp as they all take you Inside BMX.” – Alli Sports