Snakebite uploading another gem from the Hoffman Bikes video from 2004. This time around we get a look at Kevin Robinson‘s section that is loaded with park and vert goodness. Hit play and enjoy this one!

This past weekend we found out that BMX had lost Kevin Robinson to a stroke. Since then, there’s been a massive amount of riders, friends, family and fans letting people know the impact that Kevin had on their lives whether they knew him personally or was inspired by his riding. The crew at the X Games have had a close relationship with Kevin for many years from his time as a professional athlete to his time as a commentator and analyst. The put together this great tribute video, as well as uploaded a number of other videos from Kevin for you to check out and remember the legend he was. Rest in Peace, Kevin. You won’t be forgotten.

“Following the death of X Games gold medalist Kevin Robinson, the “World of X Games” reflects on the life and influence of a true BMX legend.” – X Games

“Journey through the life and career of Kevin Robinson — the ultimate family man.” 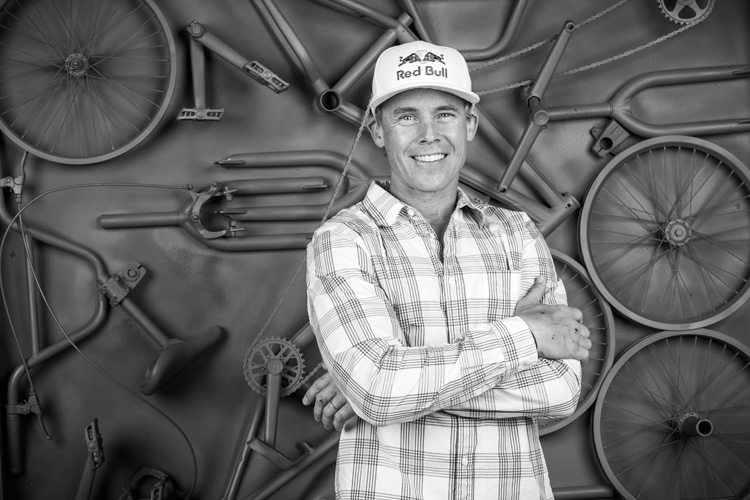 On Saturday we caught word that Kevin Robinson had tragically died at the age of 45 from a stroke, leaving his wife and three children. There has been a GoFundMe Page setup to help support Kevin’s family out in this tough time by a family friend, especially with it being the holidays. The goal was to raise $2,500, which has already been met, but anything above and beyond is surely going to go to good use. You can check out the GOFUNDME Page to donate. Anything, even if it’s just a couple dollars, helps. If you aren’t able to donate, at least pass along the link to help spread the word! 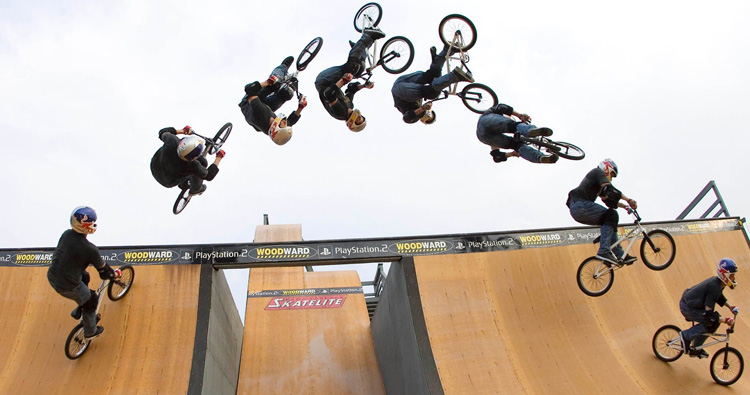 Over the weekend, the BMX world found out that we had lost Kevin Robinson to a stroke. Since then pro riders, friends, family and fans from around the world have been reminding all of us how much influence and impact Kevin had and the amount of good he did for so many people on and off his bike. There’s a feature over on the X Games website that Brian Tunney put together about Kevin and the things he did from their time meeting in the 90’s on through now that had such an impact on a lot of people. It’s a great read, so we highly suggest you check it out. Rest In Peace, Kevin! The BMX world will never forget you.

BMX has lost another legend… Rest In Peace, Kevin Robinson! 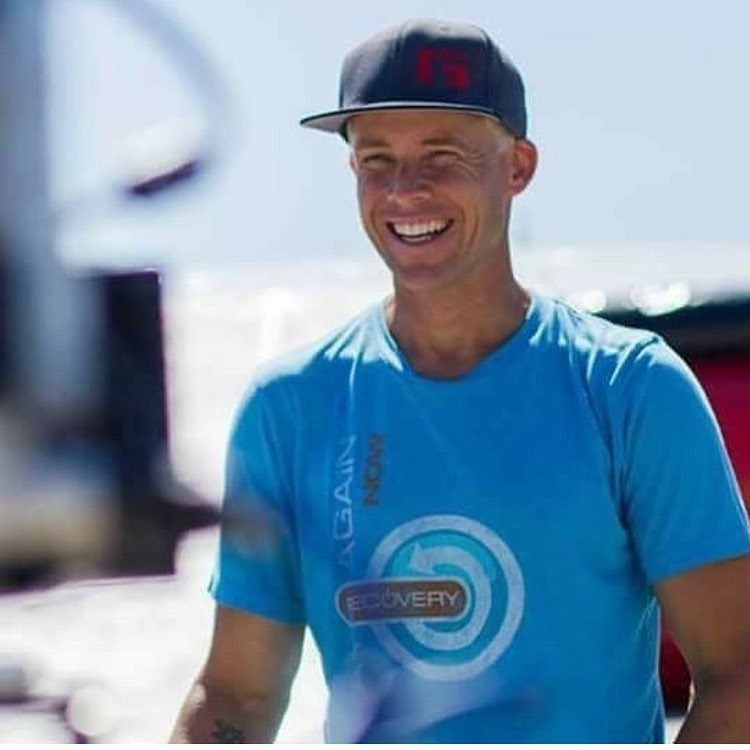 It’s never easy getting news that somebody has passed away. Today we have found out that BMX has lost Kevin Robinson to a stroke according to a Rhode Island news station. Kevin is one of those riders that was a legend on and off the bike from his years of being a pro rider, setting world records and crushing it on the vert ramp in the X Games to the work he has been doing with the K-Rob Foundation helping underprivileged children get involved with sports. Kevin had retired a few years ago, but has been very much active in BMX from doing shows to being a commentator and analyst for ESPN and the X Games. Kevin was 45 at the time of his passing and leaves behind his wife and 3 children. Rest In Peace, Kevin… You left your mark on the BMX history pages and will never be forgotten. Below you can find a few words from Mat Hoffman who has been a lifetime friend and sponsor of Kevin’s. You can also find some words from Brian Tunney over on the X Games website as well.

“We are completely shocked, like the rest of our world is. Kevin had the biggest heart. He is eager for every day. Like he was a little kid going to a carnival. He is enthusiastic for every step he took. He is the proudest parent, loyal, loving, caring and tough as hell. He is one of a kind. He could have the softest heart, but may kick your ass, but only because he loved you. There is no one as tough and sweet as KRob. We will forever miss you. My heart is broken. I give every bit of love I have to Robin, Shaye, Kevin and Riley. I’m so sorry. I’m crushed. I Love You.” – Mat Hoffman

This one really hits home for me. @krobbmx was like a father to me. When I was a kid riding my local park Kevin showed up one day. He told me that I was killing it and then he gave me his number and told me to call him anytime I wanted. Years later he had me as his guest at Woodward camp. Kevin also played a huge role in getting me on @hoffmanbikes. When I was living on my own in PA he always made sure I was okay. He would call me to his house and pay me way too much money to do simple things around his house just so I could keep my head above water and to keep my dreams rolling. Whenever he was expecting a new child I would be there to build all the furniture for the nursery. We stood on top of megaramp podiums and traveled the world together. He was the most positive person I ever knew and he didn’t deserve to be taken away so soon. My heart goes out to Kevin’s massive family, Robin and his beautiful children. Rest easy, Krob. #rideinpeace #RIPkrob

Rest In peace Kevin. Your infectious smile, determination, courage and compassion will be missed by us all. Your family was everything to you and you to them. You impacted so many lives with your love for life and what is possible with the power of faith. Bmx and myself will miss you. Thanks for being you K-Rob ?? Our thoughts and prayers to the family.

Hadn't been on my phone all day today because I was out in the sticks shooting with some good buddies… When I was headed home and finally got cell signal back I had a heartbreaking text from Natalie… It was always an honor to ride the big ramp with @krobbmx, he was always in dad mode looking out for everyone around him and treated everyone like family. Today BMX truly did lose a family member, and I'm gonna miss the genuine heart to heart talks we always used to have when we would see each other around the world on or off the roll in. You had nothing to prove then, and there's nothing to prove now! You were an amazing rider, dad, and friend. Goodbye old buddy. ?

I think I first met Kevin Robinson with the South Shore Posse at a jam in Natick Mass. in the early 90’s, where we later ended up checking out Plymouth Rock, behaving like hooligans, and getting in a fight at a Dunkin Donuts. It Wasn’t so much a fight, as it was a hood puling a knife on us, Kevin high kicking him in the face, and the cops showing up immediately. A true ape. I remained friends with ‘K-Rob’ over the years, seeing him most recently at Dave Mirra’s service, and a benefit for Scotty Cranmer, he was always on call to support our community, and often lent a voice to many who couldn’t find the words in difficult times. I shot these photos in Oklahoma City in 06 under the Vert Ramp at a Hoffman comp, once again we had a laugh and went our own ways. It saddens to me to hear of his passing, and my warmest thoughts go out to his loved ones. Ride on Bud… #ripkevinrobinson

It’s really hard to even accept this is real. This is a photo Kev took earlier this year at the X-Games. I’ve know Kevin since the early 90’s. We competed in some small NBL freestyle events, went on to ride Pro Vert together and do a lot of demos over the years. Eventually Kev started going much, much higher on vert and I started taking to the streets. Even though our styles of riding were drifting further apart our friendship never did. Whenever we would see each other he always had the biggest smile on his face and gave me hugs that almost knocked the wind out of me. I can stil hear him saying, “Hey Buddeeeeee!” KRob is all heart and dedication. A true inspiration of following your heart and working your ass off to make your dreams come true. Kevin you will continue to inspire me daily! Miss you buddeeee! My heart and thoughts going out to Robin and his family.

Today we lost a legend, 10-time X Games medalist and BMX pioneer, Kevin Robinson. Kevin was an instrumental part of the X Games family. Our thoughts go out to his family and the BMX community. He was 45 years old.

If you didn’t hear by now, Kevin Robinson decided it was time to go for another world record. This time instead of going high, he decided to go long… Upside down! Hit play to watch Kevin pull a backflip over an 84 foot gap thanks to the help of a motorcycle. Below you can find a video that also shows a crash Kevin took that was super gnarly, but he got up and did it again! Check it out!

Hoffman Bikes is one of BMX’s long standing brands that, with Mat Hoffman at the helm, has stood the test of time as its nearing the brands 25 year anniversary and has always proven to be a brand that sticks to its goal of producing quality products and keeping BMX growing around the world.

Today, we’re beyond stoked to premiere their latest BMX video featuring the teams legends like Mat Hoffman and Kevin Robinson all the way down to their up and coming guys like Mason Ritter and Del Shepherd getting down on street spots, skateparks, vert ramps, trails and flatland. The team is diverse and this video is nothing short of that. 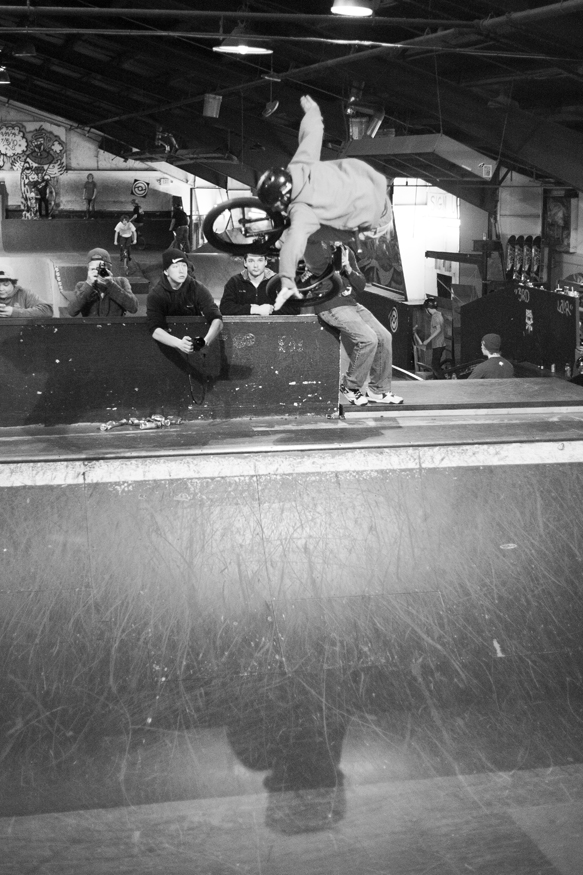 ALL PHOTOS AND CAPTIONS BY BEN AUSTIN

Keelyn Jones with a no hander in the bowl jam. Keelyn had a ton of solid moves locked in.