“Merry Christmas and happy holidays from all of Santa’s little helpers at Empire BMX. thanks for another great year!”

Filmed and edited by Jeremie Infelise

It looks like Mutiny Bikes have a new addition to their line up down in Austin, Texas! Empire BMX dropped this new video giving you a look at the new Mutiny Comb setup that Devin Fredlund is now running, because he’s been added to the team! Get a few words from Mutiny Bikes owner, Gaz Sanders, on just why they picked him up and a few words from Devin. There’s also a couple riding clips mixed throughout as well. Expect to see more of this guy in the near future!

END_OF_DOCUMENT_TOKEN_TO_BE_REPLACED

This is awesome. I don’t think a lot of people really know what goes into running a BMX company and how simple, but complex, that it can be. ESPN BMX dropped this sweet video that features Mutiny Bikes owner, Gaz Sanders, in their office and a quick look at their warehouse inside Empire. I bet you didn’t expect it to be so simple of a setup, huh?

“In 2005, Gaz Sanders and Joe Simon purchased Mutiny Bikes from founding owner Steev Inge and moved the brand to Austin, Texas. As the new owners took over the brand, Mutiny took on a new life as a bike company, and almost everything about the company changed. In the following years, Mutiny released several now iconic videos and revamped everything from frames to team riders to graphics (which, by my own admittance, are some of the best in BMX).

Now seven years later, Mutiny continues to produce some of the best BMX hard goods and videos in all of BMX. Recently, Mutiny team rider George Boyd decided to take a look inside the workings of Mutiny, and the above video is the result. I know everyone might be industry’d out after this week’s Interbike coverage, but this is a small taste of what it’s like in a home grown, rider-owned BMX company.” – ESPN BMX 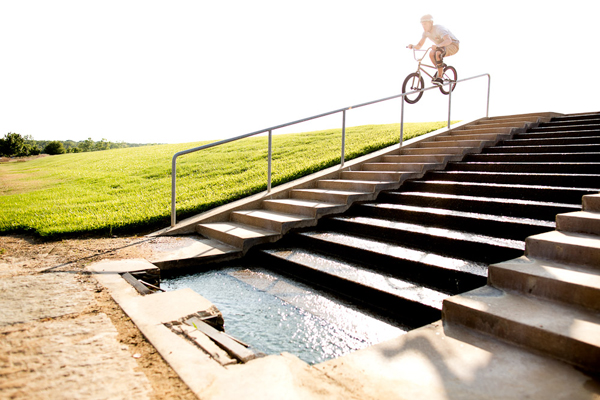 Head over to Defgrip to check out an interview with Gaz about the upcoming release of Mutiny‘s Come Together video they are dropping online. There’s also an additional photogallery from Walter Pieringer that’s worth a look too. Really looking forward to this video to drop! 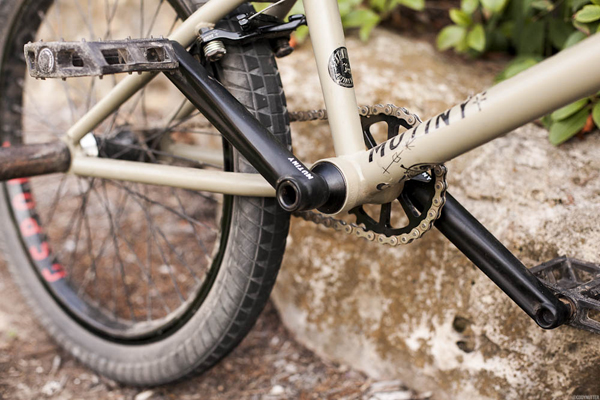 All photos: Cody Nutter
Note: Cranks in photos are RHD, but Gaz is running them LHD. That’s why it looks backwards.

The past few weeks, Mutiny have been dropping some sneak peeks of their new products that will be dropping in a few months. I’ve been keeping a close eye on what they have cooking and the other week I got a glimpse of something that really caught my attention; their new cranks. I got ahold of the man in charge over at Mutiny, Gaz Sanders, to talk about these new two-piece cranks that they will be releasing soon. The Cinch cranks really have a unique shape and overall design to them, so I’m excited to give you guys a closer look at ’em. Check out this interview with Gaz about the whole process of creating the cranks from start to finish along with some shots of the final production samples…
END_OF_DOCUMENT_TOKEN_TO_BE_REPLACED