You know when you see Total BMX and Irek Rizaev‘s name in the title, you’re about to see some serious madness. Total BMX just released this new video of Irek absolutely DESTROYING every ramp he came across with crazy tailwhip combos, stretched supermans and no handers, bike flips, bakcflips, front flips and more. This is an absolute MUST SEE. Amazing riding and great film work… You can’t go wrong with this one!
END_OF_DOCUMENT_TOKEN_TO_BE_REPLACED

If there’s a contest with some crazy ramps to ride, you can always count on the Total BMX team to show up and drop some hammers. Total BMX just released this highlight reel featuring their team riders throwing down at FISE the other weekend in Montpellier. Hit play to watch Irek Rizaev, Alex Coleborn, Andreev Kostya, Mark Webb, Daniel Sandoval, Nick Bruce, Colton Walker, Brock Horneman and James Jones get loose!

“The Total BMX Team made their annual trip to FISE Montpellier and it was amazing like always, Mark Webb killed the Miniramp and Alex Coleborn got 1st place on the Park course. The rest of the Team were on top form to.

Total BMX is one of the best BMX teams in the world and here is the place to keep up with the latest riding edits, bike checks and how to’s from riders such as Mark Webb, Kyle Baldock, Alex Coleborn, Daniel Sandoval amongst our other heavy hitters.”
END_OF_DOCUMENT_TOKEN_TO_BE_REPLACED

Here’s a little bit of a webisode with Irek Rizaev for you to check out. I say it’s a little bit of a webisode because it has a lot more editing involved that your typical webisode. However, this does follow Irek through a full day of riding, with a bunch of extra footage where we have no idea they’re saying… Either way, if you’re just here for the riding, you won’t be disappointed. Take a peek.

END_OF_DOCUMENT_TOKEN_TO_BE_REPLACED

You always can expect to see something rad when Irek Rizaev has some fresh footage surfacing online! Here’s a short but sweet BMX video featuring Irek getting down at the Kontinent skatepark that, despite a little bit of cold weather and snow, didn’t keep the tricks from flowing. How Irek makes triple tailwhips look so easy is completely beyond us. Hit play and take a look!
END_OF_DOCUMENT_TOKEN_TO_BE_REPLACED 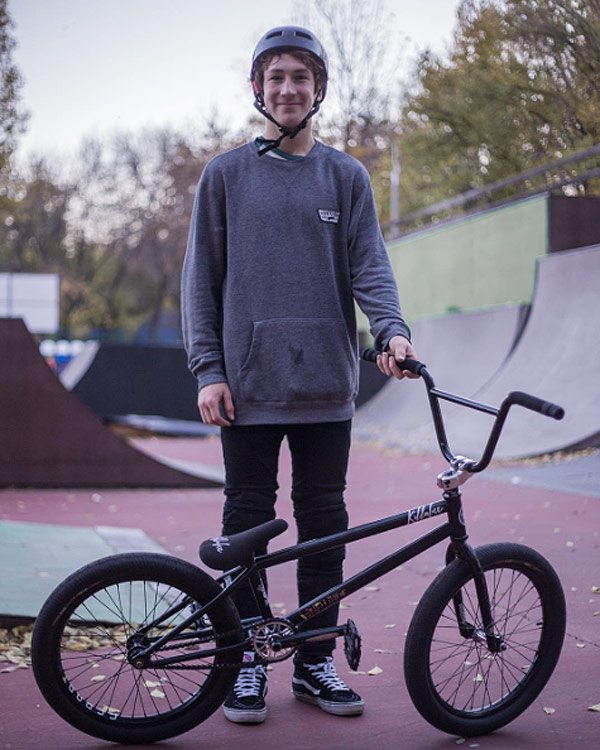 It looks like one of our favorite Russian riders, Irek Rizaev has found himself a new sponsor! Russian based Brotherhood BMX (BRZRHD) just swooped up the super technical ramp rider, so expect Irek to be rocking their stem and sprocket on his Total BMX setup!

END_OF_DOCUMENT_TOKEN_TO_BE_REPLACED

The XSA Invitational is going down in Sochi, Russia this weekend and it looks like they have a super dialed course designed for the street and park guys to throw down on. Today was the first day of practice and it looks like plenty of Russia’s finest were on the course to figure out warm up. Check out a bunch of highlights in this BMX video! Trek Rizaev is CRUSHING that place.

“Kevin Peraza, Pat Casey, Larry Edgar, Catfish, and myself are on top of a mountain in Sochi, Russia, overlooking the city at a hotel made for the 2014 Olympics. To say it’s a bit different than normal would be a massive understatement.

We’re here to be a part of the XSA Invitational, a now yearly event based around the F1 racing event here in Sochi. Set in the middle of the mayhem, the scene at the event is a clash between BMX and some sort of futuristic eutopia produced by Russia for the Olympics. The sunset when I showed up didn’t hurt either…

Shout out to Valentine Shmayunov to filming most of the day and hooking up the footage…we showed up way too late to make a proper video on our own. Thanks dude!

You know when Total BMX‘s Kostya Andreev and Irek Rizaev drop in, you’re going to see some wild BMX riding. Here’s a BMX video from a full day of riding at the park in Kstovo where both guys put their technical ramp riding skills to good use!

Filmed and edited by Dmitry Nikotin