Lux BMX keeping the mix sections from the “Thats Whats Up” video flowing. Here’s the 4th one featuring Luke Parker, Zac Miner, JP Chavez, Callan Stibbards, Kym Grosser, Jack Kelly, Samson Ross, Tom Stretton, and Ammon Chesworth all throwing down on spots galore! This is loaded with great riding, so get on that play button. It’s crazy to think this video came out back in 2013.

Colony hit us with a link to a fresh Instagram compilation featuring Jack Kelly slaying spots galore during his latest trip to California. As always, Jack slayed every rail in sight and put his pegs to heavy use. Check out what he stacked for clips!

“Jack Kelly spent a couple weeks in California and stacked some serious clips all for the gram!

Colony uploaded a bunch of raw footage that was filmed while working on Jack Kelly’s latest video!

The other week we got a look at Jack Kelly‘s latest BMX video for Colony from his time slaying spots in California. Today, we get just about 10 minutes of raw clips giving you a look at b-roll, second angles, crashes and some of the clips from the actual video. It’s safe to say Jack put in the work for this one!

“Watch what Jack Kelly went through filming for his latest Californian trip video.

Colony BMX coming through with a banger of a BMX video from Jack Kelly!

The crew over at Colony just sent through this fresh footage featuring Jack Kelly slaying spots while he was out in California this past summer. When you see Jack’s name pop up, you should know by now that there’s going to be some seriously rail destruction going on. Hit play to watch Jack put all four pegs, his pedals, cranks and tires to good use on every spot he came across on every spot he rode. This is nothing short of pure fire.

“ Jack Kelly’s banging new video that he filmed in California a few months back before tearing his ACL which has him laid up for a few more months. This entire video was filmed in just 2 weeks before the accident happened.

The other day Focalpoint released Jack Kelley‘s section from the Alive & Well DVD. If you caught the section, you know that it was over 5 minutes of pure heat. Unfortunately not all of those clips came first try or without a little pain. Here’s a look at a bunch of crashes, b-roll and random clips that didn’t make the cut into the video.

Here’s one we’ve been waiting to have pop up online for everyone to see since this DVD dropped. Focalpoint have released Jack Kelly‘s banger of a section from the Alive & Well DVD online for your viewing pleasure. This section is just under 6 minutes of footage of Jack slaying every rail and ledge he came across with grinds. There’s plenty of crazy combos, a good amount of nose balance and plenty of style in this one, too. Highly, highly advise you give this one a watch!

“Jack Kelly landed the final section from the Alive & Well DVD and oh boy you don’t want to miss this! Jack may have done the biggest rail ride down a rail yet?

Let’s talk about the “Alive & Well” DVD from Focalpoint!

If there is one guy who we don’t quite know how he manages to do everything he does, it’s Cooper Brownlee. Between his roles with Colony and Division Brand, he has always managed to put a lot of time into keeping Focalpoint going strong, keeping the scene down in Australia rolling along.

If you aren’t going through that list and wanting to see this video already, you’re crazy because that’s some of Australia’s finest that all stacked clips for this BMX video.

Going into the video, we had a pretty good idea of what we were getting into. We’ve followed Cooper’s videos enough over the years to know that we’re going to get some really clean film work and pretty straight forward editing without a lot of extra fluff or graphics. We’re big fans of clean and simple, and that’s exactly what we got in this video. The film work had a good mix of long lens and fisheye shots without over doing it with the second angles for clips unless it was necessary. The video has a good balance for the footage and it makes it easy to watch without getting caught up thinking about how they could have done this or that to make it better.

When it came to the music, the “Alive & Well” video focused more on classic and laid back tunes from bands like Blood Ceremony, Sacri Monti, Uriah Heep, Blues Pills, Leon Russell, UFO, Electic Citizen, Omega and Mott The Hoople. We really liked the sound track for this since you can’t go wrong with the classics. If you like rap with your videos, you’re not getting much love in this one.

The “Alive & Well” video is all focused on the streets with a lot of rail and ledge destruction, ditches, banks and wallrides. There might be a skatepark clip or two mixed in there, but this is for the most part just grinds and lines. With a line up like the one this video has, you get a lot of different tricks and a good mix of styles in this, which helps keep things interesting from start to finish!

Overall, the “Alive & Well” video turned out just as dialed as I had expected when I saw the trailer for the first time. We were really stoked on the whole video, but Jack Kelly didn’t disappoint with the ender! The entire video runs a total of 54 minutes including the crash section that is packed with heavy slams and some good laughs, so it’s a decent length! It’s actually a lot of video for the price, since it is currently available for FREE with any order from the Focalpoint Webstore! Talk about a deal.

Check out the trailer below and you can learn more about the video over on the Focalpoint website! 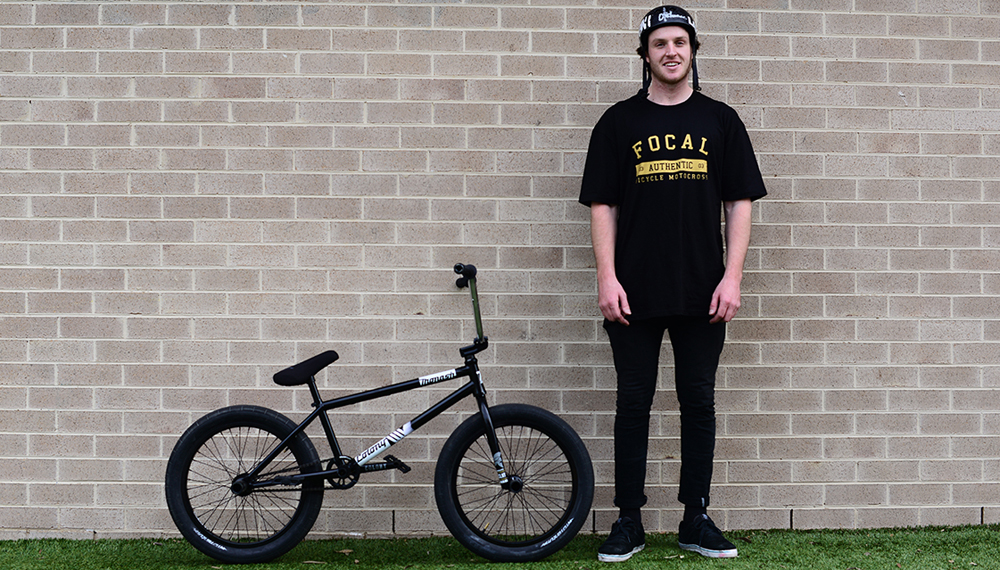 The crew over at Colony BMX dropped a brand new Bike Check with Jack Kelly and his fresh new Monash setup that he’s running. This bike is looking super clean with the all black everything. You can check out a bunch of photos and a full parts list over on the Colony website here — Jack Kelly Bike Check