Subrosa coming through with a fresh video featuring Jiri Blabol absolutely crushing it during some time he spent in Boston cruising the endless spots around the city. Watch as Jiri puts all four pegs to heavy use, along with his deep bag of other tricks, to good use! You won’t want to miss this one, so get on that play button!

“Subrosa pro rider Jiri Blabol spent around a month in Boston to hang out with teammate and friend Matt Ray and to work on some video stuff.

Jiri’s riding is on another level so instead of some video stuff he finished a whole video!

Well done Jiri this is rad!

Here’s a fresh one from Subrosa from a session Matt Ray and Jiri Blabol got in on a Subrosa Street Rail setup. As expected, both of these guys deliver plenty of hammers on the setup! Check out what they got into!

“Subrosa pro rider Matt Ray and Jiri Blabol hook up an Extension Kit to a Subrosa Street Rail and take it to a B-Ball court for a heated afternoon session.

The Subrosa Street Rail can turn anywhere into a spot. Now you can add an extra 4 feet to your existing Street rail to create the perfect 12 foot long flat rail!

Find the Subrosa Street Rail and all the accessories at sparkys brands.com and Subrosa Dealers worldwide.

Last month some of The Shadow Conspiracy and Subrosa team took a trip to Madrid, Spain to cruise the endless spots around the city! Despite the weather not being great and injuries getting the best of them, they managed to stack a bunch of great clips for this video. Check out what went down!

““Let’s go to Spain in April – the weather will be fine!” Unfortunately Spain had other ideas for our DIG X Subrosa X Shadow trip but that didn’t stop the crew from bagging some incredible clips (and not so incredible injuries).

Jiri Blabol, Simone Barraco, Miguel Smajli, Mo Nussbaumer, and TM Ryan Sher were joined by young Spanish talent and recent team addition Saúl Vilar for a week in Madrid. It wasn’t just the bad weather we had to battle either – throughout the week the capital’s spots ate up and spat out Simone, Jiri and Ryan. Shout out to Ryan who ended up breaking his elbow on a wild gap to wallride – hopefully he’ll be back in action soon.

It wasn’t easy, but the crew got there in the end. Sit back and enjoy the fruits of their labour.

Here’s some news we’re pretty sure a lot of you saw coming! The Shadow Conspiracy and Subrosa have both given Jiri Blabol that official bump up to their Pro teams! Jiri’s been crushing it for years now for both brands, so it’s no surprise to see him get the well deserved promotion. Hit play to check out 2 minutes of heat that he stacked to bring the news!

“Today we are happy to announce the promotion of Jiri Blabol from our Am Team to the Pro Team!

Jiri has been Repping the Rose for years now and he’s constantly progressing and pushing his riding further and further. Jiri is always the life of the party and he’s a friend to everyone he meets!

2021 made travel for this video difficult, and after a few attempts, Jiri got this video finished on a single trip to Spain!

Simple Session is going off over in Tallinn, Estonia this weekend! Although it’s not going to be as big as the past events due to COVID, they brought in a bunch of heavy hitters for the contest! The practice sessions have started going down, and things are heating up fast! Check out two videos giving you a look at all the highlights from the first practice thanks to Freedom BMX and DIG!

END_OF_DOCUMENT_TOKEN_TO_BE_REPLACED

The crew over at Subrosa unleashing some fresh heat for your viewing pleasure! Hit play to watch Jiri Blabol put his new signature MR1 Frame Colorway to work out in the streets. As always, Jiri throws down a ton of heavy grind combos, huge tailwhips and more. This one is too good to miss, so hit play on it!

“Check out the latest video from Subrosa rider Jiri Blabol to promote his new signature MR1 guest colorway which is available worldwide now!

Jiri has been killing it since he was added to the team way back in 2015, and has repped Subrosa hard since day one, so we wanted him to have a signature colorway of a Subrosa Frame.

Jiri Blabol loves a lot of things like girls, ice cream, his dogs, candy, and tattoos, but there are 2 things he couldn’t survive without and they are his car and his bike. You’ve probably seen his beloved BMW E92 on his Instagram, and we did too. As soon as he got it wrapped we got to work mocking matching artwork onto the MR1 since that is what Jiri chooses to ride.

We grabbed a ton of photos, and Jason got to work recreating all the details of the Red to Black transition down the ? Jiri rocks on his fender.

The Jiri Fade MR1 is available at Subrosa Dealers and https://sparkysbrands.com 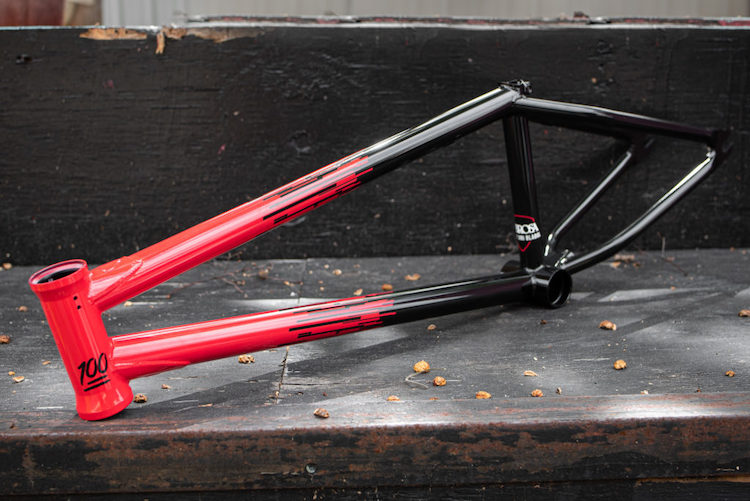 Thinking about picking up a new BMX frame, but you aren’t quite sure what to get? Subrosa have released their new Jiri Blabol colorway on the Matt Ray signature MR1 frame for you to get your hands on. The color is based off Jiri’s personal car, with a red fade to black with the matching 100 sticker. You can check out more photos, along with full specs and details over on the Subrosa website now!

END_OF_DOCUMENT_TOKEN_TO_BE_REPLACED

The Shadow Conspiracy and Subrosa coming through with a new mix of footage featuring some of the squad out cruising spots from before things got weird and shut down. This one is loaded with a bunch of real solid riding and a beat that’ll make you want to move a bit watching it. This is a real good watch, so hit play and enjoy!

“A couple random trips and a bunch of footage that needed to see the light of day. IDK features riding from Subrosa & Shadow Conspiracy riders Bjarki Hardarson, Jabe Jones, Jiri Blabol, Miguel Smajli, and Lewis Colascione. Like us all, Bjarki had some free time recently so he put it all together. Watch the crew throw down in “IDK.”