Monster Energy uploaded this new one featuring Jose Torres where he talks about getting into riding, then going all the way to the podium at the X Games. This is a rad story and there’s plenty of dialed riding mixed in with this, along with some footage showing how he keeps himself in shape for riding!

“José Torres A.K.A.”Maligno” has been collecting principal hardware in the BMX scene since picking up a bike at the age of 14. Becoming eligible for his first X Games, José took a serious fall at the ‘Road to X Games’ qualifiers leaving him with taxing injuries to his arm. After strenuous rehab and a mental rehaul, he got back on the bike and went on to win his first X Games medal at Minneapolis 2019. José Torres is the ‘Rising Monster’.” – Monster Energy

Check out all the madness that went down during Simple Session 2018 BMX finals!

Earlier today, the top 12 riders to qualify for each the finals in BMX Park and BMX street for Simple Session 2018 made their way out to the course to throw down to see who could take the top spot. At the end, Garrett Reynolds took first in BMX street and Jose Torres took first in BMX park! Check out a bunch of highlight videos below to see all the action! If you want to see the results, check out the Simple Session 2018 Results here!

“12 bosses, three runs, two count towards an overall score. Here’s a breakdown of everything that got stomped during Simple Session 18’s Street Finals. Congrats to Garrett, Bruno, and Broc for taking the 123. ” – Ride BMX

“35 is a bit excessive, but that’s where I landed. If didn’t watch any Simple Session coverage and can’t be bothered to watch the excessive amount of video content floating around, here’s the best of everything that I filmed from practice on the first day to the finals.

I do have one more “mic’d up” style video to post, which I’m hoping to finish tonight…we’ll see. ” – Ride BMX

“Park finals at Simple Session 18 really started firing right away and didn’t let up. All twelve riders really killed it, so I know a lot of people will have different opinions about who shoulda got what in this three run, two runs count towards an overall score format. Here’s a breakdown of everything that got stomped during Simple Session 18’s Park Finals. Congrats to Jose, Irek, and Kenneth for taking the 123. ” – Ride BMX

“All of the madness from street finals at Simple Session 2018 in Tallinn, Estonia packed into one insane video!

“Argentina’s own Jose Torres locked up the top spot at this years Simple Session park event! Not familiar with Jose? Hit play and give his winning runs a watch.” – Ride BMX

“Garrett Reynolds came out on top at this years Simple Session street event. Peeps the runs that earned him gold.” – Ride BMX

“With Simple Session 2018 wrapped up, we bring you our highlights from the street and park finals. Bring on SS19! Watch the full replay here: win.gs/2Er7tVi

The annual Simple Session contest in Tallinn, Estonia has come and gone for another year and plenty of amazing riding went down! Here are the Simple Session 2018 Results… 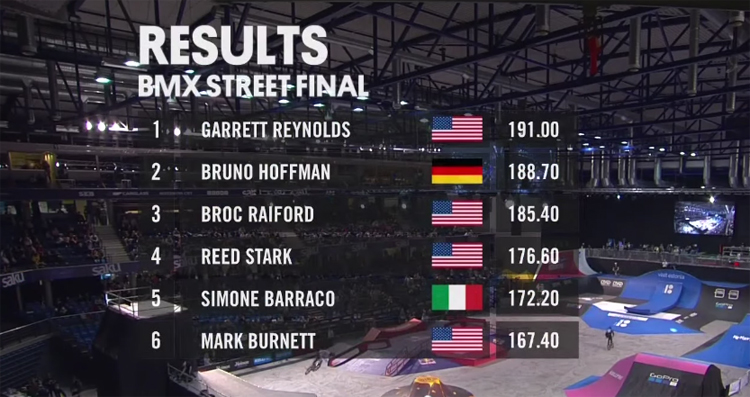 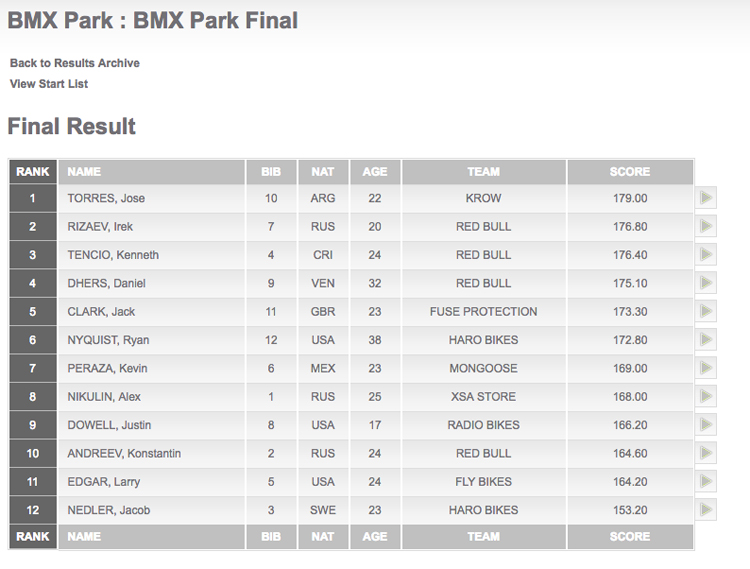 The Park Finals for Simple Session 2018 just wrapped up and Jose Torres took the top spot after battling it out with a bunch of heavy hitters like Ryan Nyquist, Kenneth Tencio, Jack Clark, Irek Rizaev, Daniel Dhers and more all gunning for that top spot. After the dust settled, Jose took the win and landed his fist Simple Session gold medal! Check out the full results below.

Here’s a rad one we had sent through featuring Jose “Maligno” Torres getting down at a bunch of different skateparks and a little trails action! Jose is a dialed machine with a deep bag of tricks filled with flips, whips, spins, stretched no handers and more and he puts those tricks to good use on everything he touches! Enjoy!

“This is the first “Instagram Compilation” that we have in mind to perform in order to highlight the Latin talents of BMX.

José “Maligno” Torres has been on tour raising trophy after trophy in several of the cities of Europe representing Argentina and the entire Latin BMX scene. Not for nothing we started this series of videos with this great champion and great person.” – Cathedral BMX