Here’s a proper compilation edit for your viewing pleasure. Our BMX coming through with a 9 minute mix featuring a ton of different riders going to work on spots. This ain’t some Instagram compilation. Clean film work from start to finish. Take a look!

Some of the Merritt squad recently loaded up for a trip to Montana and Colorado to put the spots to work! We don’t get a ton of BMX videos from Montana especially, but it’s clear there’s plenty of dialed spots to put to work. Check out what Montana Ricky, Justin Care, Anthony Catlow and JP Ross got into! 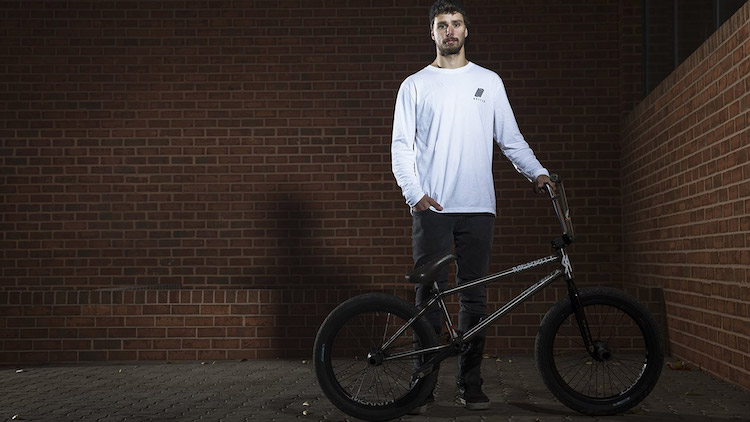 It’s always a bummer finding out a rider got seriously hurt. We just found out that Justin Care took a bad slam and ended up with a fractured skull and a brain bleed. Justin is currently in the hospital and will be getting some surgery now that the bleeding stopped. There has been a GoFundMe Page setup to help raise some funds to help Justin with his bills and everything while he’s off the bike. Fortunately, it looks like he has insurance which is a big help. Check out more details right here.

The Yea coming through with a new 6 minute mix featuring the squad going to work on spots and parks out East! This one has a pretty chill vibe to it, but the riding is real solid with a great mix of spots and styles from all the different riders. This is definitely worth a watch!

Cool Breeze by The Jeremy Spencer Band” – The Yea

Merritt coming through with a fresh promo video featuring Casey Starling, Charlie Crumlish, Brandon Begin, Billy Perry, Justin Care and more putting their Battle Wheels to work out in the streets. This is loaded with a bunch of great riding, and it’s safe to say if the wheels can hold up for these guys, you’ll be good to go as well! Hit play and check it out! You can pick the Battle wheels and rims up through BMX shops and mail-orders that carry Merritt worldwide like Source BMX.

“Our Battle wheels are some of the strongest wheels out right now. Charlie put together a little something with the team putting them to the test.“

Here’s a treat from the Stink Pit squad. They’ve just uploaded the full “Stink Pit 5” video online for your viewing pleasure. This is 40 minutes of pure street goodness from the squad that you won’t want to pass up! Hit that play button and take it all in.

“Our 5th video that was released around Summer of 2018.

United Bike Co. have decided to released their full “Affirmation” DVD online for everyones viewing pleasure! This 30+ minute BMX video is filled with riding the team filmed over a pretty short time period of 6 months, which is not much time to film for a full length DVD these days. Despite the short timeline, the team was able to produce plenty of dialed clips on the spots they cruised along the way! Hit play and enjoy the full video. If you would like a DVD copy, you can pick up a copy for about $8 on the United website!

“Affirmation is a chance for us to introduce a few new faces in with a mix of old. No bells and whistles just the crew having a good time and doing what they do. Filmed over the space of 6 months (and some footage that had been sat on for a while) by Emerson Morgan, featuring Fernando Laczko, Ben Gordon, Kris Bunnage, Jack Seymour, Jack Gruber, Alex Valentino, Frasier Hill, Justin Care, Jeff Kocsis, George Duran, Fooman, Jordan Okane, Harry Mills Wakley and Miki Fleck.” – United Bike Co.

Merritt coming through with a fresh warehouse edit to celebrate the holiday! They had a big session on their warehouse ramps and rails, with plenty of guys from the team and more in town to throw down and have a good time! Hit play and check out what went down!

“There’s nowhere more beautiful to spend the holiday than Clifton New Jersey! The boys went ham at our annual holiday party tho ?