We’ve seen a lot of backyard ramps over the years, and they always look like a good time. Steve Melton recently built up this box jump with a rollin and quarters on both ends for his backyard out in North Carolina. Keith Schmidt dropped by to catch some riding time with Steve on the new setup. Here’s a look at what went down!

It’s always pretty crazy to think about how much footage never makes its way into a video or online in any form. Logan Place sent over a mix of clips he had stacked up on an old computer from last year that was close to never seeing the light of day. Instead, he decided to whip all the clips up and put together this video for your viewing pleasure. This has footage from Greenville, North Carolina to San Diego, California and a few places in between! It also features a few familiar faces and a few guys we’re not too familiar with. Regardless, we’re glad the footage made its way only because this is a real solid watch.

“So I switched computers earlier this year and a lot of clips were left behind from last year. After finally transferring them I threw them together. Last year was a good one lost a lot of clips that will never see the light of day but what are you gonna do.

Logan Place hit us with a link to a new video Bike Check with Keith Schmidt and his current setup that he’s running these days. Hit play to let Keith give you a run through of his current Laird Frame setup and check out a whole bunch of riding from a bunch of skateparks!

“I caught up with Keith in San Diego a few months ago during a few days off in between shows. Keith goes over the parts he has been riding as well as some riding clips.
Filmed & Edited by: Logan Place ”

Here’s a fresh BMX video featuring Keith Schmidt going to work at The Unit, the DDASC Skatepark and more down in North Carolina for you to check out. Keith is no stranger to putting his deep bag of tricks to good use, and this is a good reminder of that. Take a peek at what he threw down!

“Sixteen skatepark hammers by Kieth Schmidt in his adopted home of North Carolina for the lens of Dan Foley.
Credit: Dan Foley”

Although the music in this new Keith Schmidt video is pretty unbearable, the riding at the DDASC park is really good. Hit play (and mute) and see some of the creative lines he cooked up during his sessions.

END_OF_DOCUMENT_TOKEN_TO_BE_REPLACED

This weeks 10 Trick Tuesday is more like a 10 Clip Tuesday with Keith Schmidt putting his bag of tricks to good work at Daniel Dhers’ park! Get a look at what he cooked up for this fresh BMX video!

“The Daniel Dhers Action Sports Complex (DDASC) is Keith Schmidt’s home park and he has it so dialled that any time he rides it, it’s a masterclass in BMX shredding. From the outdoor box set up to the inside rhythm section and the street-style indoor course, Keith has some magic for every section of the park and he is showing it off in this video. On a side-note: what a f*ckin park!” – Epic TV

END_OF_DOCUMENT_TOKEN_TO_BE_REPLACED 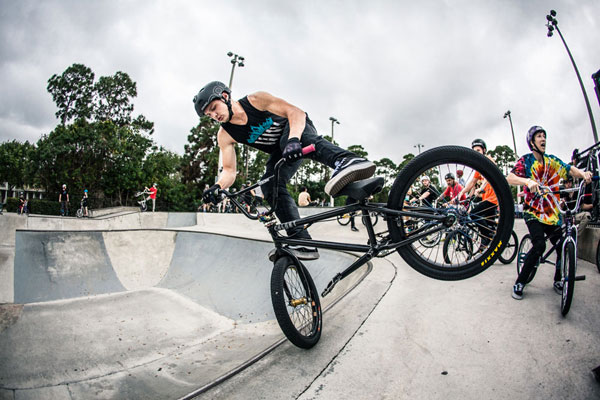 Last weekend was the fourth stop of the FLBMX Skatepark Series that stopped in Albacoa skatepark! Although the weather didn’t quite cooperate for part of the day, they were still able to throw an awesome contest that had amazing riding and good vibes! Our good friend, Josh McElwee, was on hand to snap some dialed photos and came through with a new photogallery featuring the likes of Mark Mulville, Chad DeGroot, Matt Coplon, Keith Schmidt, Trey Jones, Jabe Jones, Jack Straiton and more! Check out all of the photos in the link below! 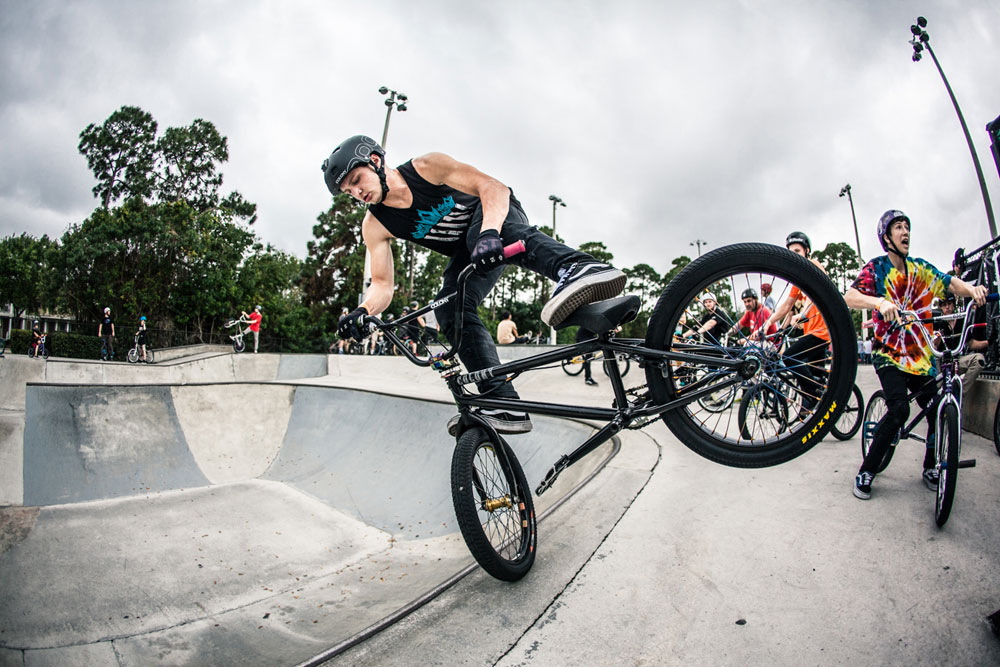