Par BMX coming through with a fresh video featuring Kristaps Reimanis putting Nathan Williams‘ signature HELP! frame from Kink to good use during some very productive riding time at a plaza. As always, Kristaps delivers with some great riding from the ledges and rails to the bowl and more! Take a look!

Sometimes coming up with the name is harder than putting in the work for a video. Here’s a look at the new “Still Untitled” video featuring the Par BMX team out slaying spots in the Baltics! This is stacked with a ton of familiar faces that all produced some amazing riding. Add in some real clean film work and you have just under 16 minutes of footage you can’t pass up!

“This is “STILL UNTITLED” by PARBMX. A team video filmed all over the Baltics states (Latvia, Lithuania, Estonia) during the course of the past 2 summers.

BMX is alive and well over in this part of Europe and this 100% street video showcases some of the best talent in the Baltic’s scene. Very happy to present this to the BMX brotherhood all across the globe.

Rider sections (in order of appearance):

PARBMX is a 100% rider owned and operated BMX shop and distribution in Latvia, a small country in north-east of Europe. The shop was established back in 2007 by two lifelong friends & riders – Aivars Sneiders & Janis Dreimanis, who own and operate the shop and distro to this day.”

Kristaps Reimanis goes to work in Malaga for Par BMX!

At the time of posting this, it’s about 20-degrees out and snowing… So seeing somebody enjoying the sunshine, warmth and amazing spots in Malaga, Spain is a little hard to watch. Par BMX sent Kristaps Reimanis on over to Malaga to go to work on the spots over there. Even though Kristaps was robbed, it’s safe to say he had a damn good time. Take a peek!

“With the amount of sunny and joyfull videos you get from any part of Spain, here is one made of blood, sweat and attitude. Kristaps got robbed during his way to Malaga and was left with a pair of jeans and a t-shirt. Sorted out by the KINK team manager Jay Roe with some fresh softgoods, Kristaps continued to crush all the spots on his way one by one – just like a man on a mission.”

The Par BMX crew wrapping up 2016 on a high note! Here’s a fresh mix of footage from the team they collected over the course of the year from different trips and sessions around their home street spots and skateparks. The Par BMX team is pretty diverse from the older guys who have been crushing it for years, down to the younger up and coming riders, so you get a good balance between the styles, tricks, level of riding and everything. This is a real solid watch from start to finish. 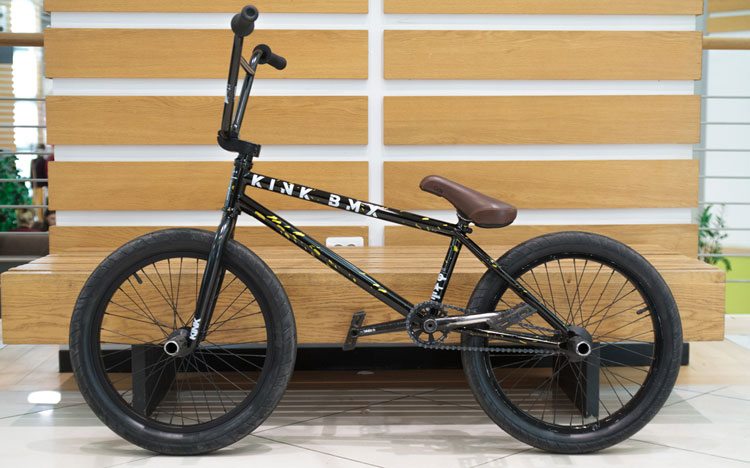 Kink‘s connect over in Latvia, Kristaps Reimanis has a fresh Bike Check over on the Par BMX website for you to check out. Kristaps just dialed in one of the 2017 Solace III frames along with a couple other new parts to freshen things up. There’s a little wear and tear, but overall it’s looking like a sturdy BMX bike to us! You can check out a bunch of photos, a full parts list and more on the bike right here — Kristaps Reimanis Bike Check

Here’s some gold from Kink‘s connect Kristaps Reimanis that was just sitting on a hard drive waiting to be seen. Hit play to watch Kristaps slay rails and put a bunch of other rad spots to good use. It’s crazy that some of these clips haven’t been used until now!

“Here’s a few clips from Kristaps that have been patiently waiting to be used and just haven’t found the right project. It’s time to clean out the hard drive. Filmed by Janis Cunculis, Darryl Tocco and many more.” – Par BMX

Kink‘s connect through Par BMX, Kristaps Reimanis coming through with a dialed new video from his trip to Amsterdam for your viewing pleasure. This is packed with some big grinds, great spots, freecoaster action and more. Make sure you stick around for the end because those last two clips are wild!

“Kristaps spent a month in Amsterdam enjoying the huge array of spots this city has to offer. He came back to Latvia with a huge stack of clips filmed by whoever was nice enough to hold the camera.
Editing: T. Zarāns”
END_OF_DOCUMENT_TOKEN_TO_BE_REPLACED