Here’s a new Snipes X New Era collaboration from a week of riding that Mati Lasgoity, Jaime Gonzalez, Max Bergmann, Marvin Mayer, Austin Mazur and many more got in out in Spain. As expected, the crew of riders delivered on some great riding and the spots were endless. Hit play and take it all in!

Filmed and edited by Woozy BMX

Mati Lasgoity is now doing it for DUB BMX!

Here’s some good news for you! DUB have added Mati Lasgoity to their line up! Here’s his welcome video that’s definitely Ryan Nyquist approved, packed with amazing riding from big grinds to heavy nose balance! Hit play and enjoy!

The FISE Montpellier BMX Street contest always brings out a ton of heavy hitters that are no strangers to laying down crazy grind combos and some ridiculous lines. As expected, this years contest was no different! Here’s a highlight reel giving you a look at what guys like Courage Adams, Anthony Perrin, Matti Lasgoity and more all threw down during their time on the course. Courage Adams ended up coming home with the top spot and it’s pretty easy to see why after you see some of the lines he pulled off! Hit play!

“FISE the biggest event in europe for actions sports had an amazing street park for skateboarders and also for BMXers playing around in a jam/best trick format, a bit messy but definitely entertaining thanks to the good will and good riding of Courage Adams, Alex Donnachie, Mati Lasgoity, Liam Zingbergs, Joris Coulomb, Anthony Perrin and the revelation of this comp : Emeric Michon, the new french shredder.

You cannot go wrong with some Mati Lasgoity clips, no matter what year they were filmed in. Fernando Gomarin Olaiz was sitting on a few gems from 2015 that never found their way online, so he whipped up this new edit for your viewing pleasure. As always, Mati brings a ton of style and plenty of grinds to the table. Get on that play button. You won’t be disappointed..

“Some clips with Matias Lasgoity in Barcelona around 2015 that got lost on my hard drive … Some of them been filmed again on HD.
Filmed & edited by Fernando Gomarin Olaiz”

Here’s a look at the 5th place video for this years Sosh Urban Motion contest! Mati Lasgoity teamed up with filmer Antonio Robles for their part. As expected with Mati, he brought a ton of nose balance and a good mix of tricks from grinds to big tailwhips to all the spots he came across. This has a pretty laid back vibe, but there’s plenty of heat to take in. Hit play and enjoy! Also, if this is 5th place… We can’t imagine how good 1st place is.

“2nd of the Wild Card #mysoshurbanmotion contest, Barcelona’s Mati Lasgoity & Antonio Robles hang out in the parisian streets to make so huge trick, like a backflip in a Skateboard spots in République, Paris.”

Here’s a rad BMX video from a trip through Malaga and Barcelona, Spain and Paris, France! Hit play to check out a bunch of damn good riding from Luke Jackson, Haitam Taqy, Hernan Rimoldi, Augustin Gutierrez, Mati Lasgoity, Diogo Santos, Mirco Andreani, Dian De Medeiro and Mauro Valencia who all put in some heavy work on the streets! Awesome riding, great spots and some dialed film work! You can’t go wrong with this one!

END_OF_DOCUMENT_TOKEN_TO_BE_REPLACED 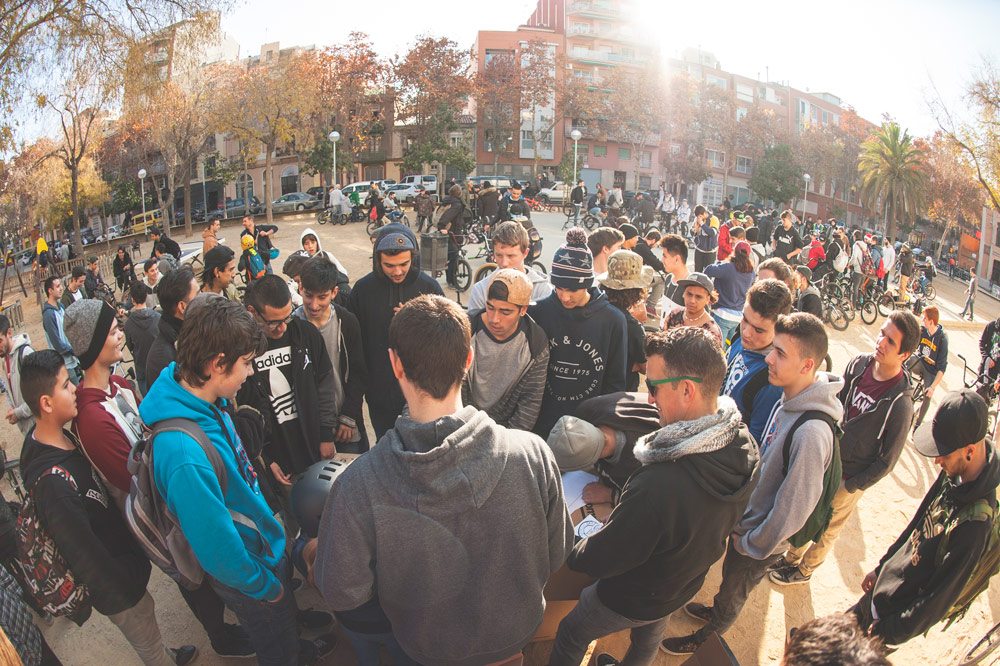 Starting the day near 360BS Shop in Barcelona!

Fiend have a new connect in Sevilla, Spain through Human BMX, Mati Lasgoity, that they picked up! Check out this welcome video filled with a TON of nose balance and grinds! This is a clear indicator as to just why Fiend decided to add Mati to their line up. Great watch from start to finish! Don’t pass this one up!

Filmed and edited by Hector Cash