The CLVLND crew down in Australia coming through wtih a new mixtape loaded with riding and good times! Hit play for just over 13 minutes of pure BMX goodness.

It’s pretty crazy how fast time flies… Six years ago Mick Bayzand was busy filming for Colony‘s DVD and, as expected, things didn’t always happen first try. Here’s a video of Mick doing a HUGE 30 stair rail that took a few goes. Imagine having to go at this more than once? That would suck. Even though it probably wasn’t easy, Mick kept going at it and ended up on the winning side of things! Check it!

“6 years ago Mick Bayzand battled with a beast of a rail but Mick is no stranger to this scenario and he came out on top.

The Australian winter has passed and the warmer temps have been treating them nice down there. Kym Grosser had a bunch of footage from the DIY spot him and a handful of others called home when things were cold and wet. So, instead of letting it go to waste, he put together this rad BMX video for you to check out. It’s pretty awesome seeing what a couple rails, ledges and other setups built out of scrap materials can lead to. Take a peek!

“Had a bunch of clips of the boys from the indoor spot sitting on my computer so I threw this together , we rode the spot all winter in 2015 and had a heap of fun there .. riders are Sean Falkenstein , Mick Bayzand, Brad ‘Ando’ Anderson, Ash Simmons, Jaxon Andrawartha, Kym Grosser, Nick Harris ..”

END_OF_DOCUMENT_TOKEN_TO_BE_REPLACED 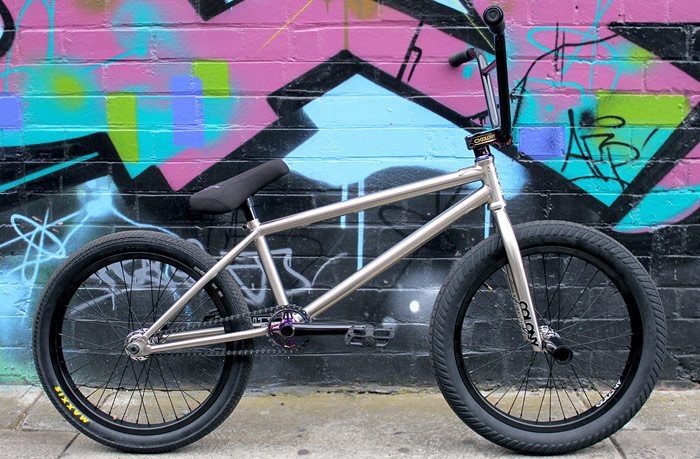 Colony have released a fresh Bike Check with Mick Bayzand and his 2016 signature Burna setup decked out with Colony parts from top to bottom for the most part! You can get a closer look at this bike, along with a full parts list over on the Colony BMX website — MICK BAYZAND BIKE CHECK — All we know is that looks to be one dialed BMX bike!

END_OF_DOCUMENT_TOKEN_TO_BE_REPLACED

Strictly BMX sent through their latest BMX video featuring Kym Grosser, Mick Bayzand and Sean Falkenstein going to work on the new Noble Park skatepark down in Australia. Everything about this place looks SO damn fun to ride and these guys definitely did a number to break the place in properly! Get on that play button and take a look!

Filmed by Kym and Sean

END_OF_DOCUMENT_TOKEN_TO_BE_REPLACED

Now this is one we’re real pumped to see in the inbox! Cooper Brownlee just hit us with a link to the entire Focalpoint video “Have Fun With It” from way back in 2011! This is over 24 minutes of pure BMX video goodness for you to enjoy! Hit play!

“The Have Fun With It DVD dropped back in 2011 so we thought it was to get it up online.

The whole point of this video was to show the vibe and good times that we tend to have when out riding, hopefully that showed throughout.

Watching it for the first time in 4 years was a real treat seeing who still rides and who fell off the scene, along with it being the first major project we filmed in HD.

We haven’t seen a ton of footage from Colony‘s Mick Bayzand lately, but that’s because he’s been healing up from a few injuries that have slowed him down. Either way, he finally has collected enough clips for a dialed new edit packed full of street and even trails goodness. This is one BMX video worth hitting play on!