Get a look at Mike Saavedra’s brand new S&M setup in this bike check from Profile Racing! 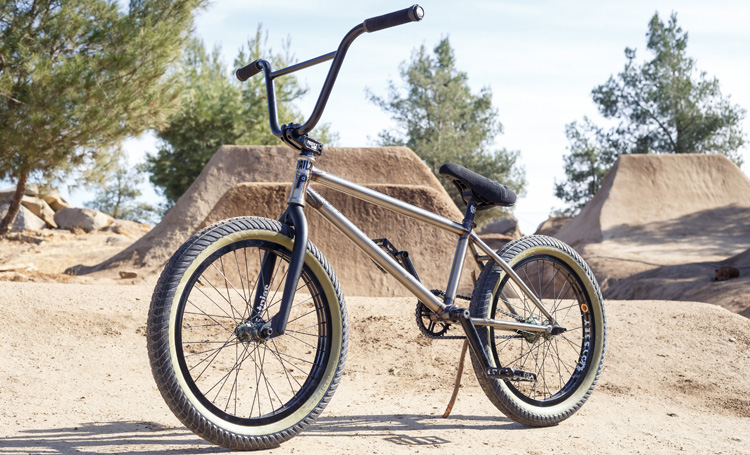 After Mike Saavedra‘s eventful trip to Barcelona that lead to his bike being stolen, followed by a mission that lead to him getting the bike back, he decided to part the bike out to some of his friends over there. When he got back to California he dialed in a brand new S&M Bikes / Credence MOD setup decked out with parts from Profile Racing and more. There’s a brand new Bike Check over on the Profile Racing website giving you a closer look at the bike, along with a full parts list. You can check out this dialed unit RIGHT HERE! 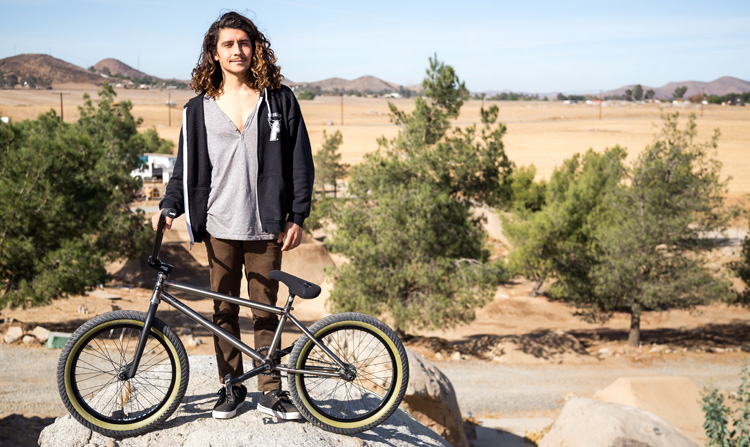 What do you think of Mike’s new bike? Are you digging it? Let us know in the comments below!

If you missed out on the River Roast Jam that Mike Saavedra threw the other weekend, then you missed out on a hell of a good time. Here’s a highlight video from the jam that gives you a look at all of the amazing riding that went down and some of the good times had off the bikes, too! The best part? This was all to help keep the Milestone MX park FREE for people to ride whenever. How rad is that? Hit play and enjoy!

“First annual 2017 River Roast went down at Milestone Mx in riverside. With some of the deepest talent in bmx coming together for a rider supported event. This was one of the most epic dirt events of 2017 from high air to the mud wrestling enjoy the mayhem that was this years River Roast” – Mike Saavedra

Last weekend a bunch of riders got together for the first River Roast jam and it’s safe to say it was a huge success. Here’s a raw cut of footage giving you a look at what went down on the trails throughout the day. There was a great turnout of riders from Pro to the young guns just getting started. Bonus points for the babes and the mud wrestling. Check it!

“The first annual River Roast in Riverside, CA was a huge success. Tons of dudes came out from all over California and shredded under the sun competing in a bunch of events dreamt up by SoCal dirt OG Mike Savedra, there was cash for tricks being handed out by some local “Tilted Kilt” babes, a high air contest, a best 90’s trick jam, and even some mud wrestling babes (and dudes) for good measure. Look out for River Roast next year as it’s sure to grow and become even more legit next year! Shouts to Mike for throwing a rad a event and to all of the locals who paid to come out, ride, and support this new local spot.

It’s always a bummer hearing about a set of trails that ended up getting plowed. After a ton of work, the Palm Trails out in California were recently demolished. Mike Saavedra was one of the guys who put a ton of time into the place, and luckily got the chance to enjoy it while it lasted. Here’s a short but sweet video from a solo session he got in before they were taken down!

It’s always rad to see what Mike Saavedra and Sal Saavedra are working on for their trails spots out in California! Here’s some footage from a session at the Palm Trails with Mike, Sal, Heath Pinter and a few others! Dialed riding and the spot looks super fun to ride! Enjoy!

Profile Racing starting your week off with a dialed video from some time a few of their team members spent cruising some of Southern California’s more notable spots! This video has a ton of real solid riding from ditches, pools and more that you most likely have seen a time or two, with a real laid back vibe to it. Enjoy!

“Right after interbike, Jared and Devin Eberwein hosted Gervais Rousseau and Alexis Desolneux during a long weekend in the SoCal desert. The goal was to hit as many iconic spots as possible. Along the way, we met up with Mike Saavedra, Chris Rivers, John Stafford, and Vince Kroff.
Here is what we captured over four days.
Enjoy!

When you have a guy like Mike Saavedra keeping the trails at a place like Woodward West dialed in, you know they’re going to be good. Here’s a little insight from Mike on what was new for 2016, along with some riding footage.

“Better late than never. In this video Mike Saavedra tells us a little but about the changes to the dirt jumps in 2016, and then we get to watch as everyone breaks in the new additions! Join us for Winter Camp and ride these amazing BMX/MTB trails in person. Woodward West has some of the best trails in the world.

Filmed and edited by Juani Zurita”

For the latest episode of Red Bull Raditudes, we make our way to Mike Saavedra‘s Blue Bench trails where we get some insight from Mike about the trails and his recent injury (that will probably make you squirm — I did), along with some excellent riding footage from a few of Red Bull’s finest! Hit play because this BMX video does NOT disappoint!

“Raditudes” is an intimate look into what motivates these very individual BMX riders every day.”