Check out what went down at the 2017 Evals BMX Jam down in South Africa!

The scene down in South Africa is always doing something rad. The Evals BMX crew decided to wrap 2017 up on a high note by throwing a jam at the Thrashers Skatepark! Check out this dialed video they whipped up from the jam giving you a look at what went down, then check out some words and a photos that Colin Loudin put together!

“Evals Jam 2017 – There’s something special about end of year jams. They give you the opportunity to get together from around the country and connect before the holidays, look back on the year and conjure up ideas for new events and road trips. Jams like this make you leave with a smile on your face and add the kind of stoke that gets you excited for the new year ahead. Rico from Evals BMX, who is undoubtably one of the most dedicated guys to grace the South African BMX scene. Apart from being a badass rider himself, Rico runs a BMX shop and is really passionate about helping the local SA scene grow from the ground up. The open format jam and best trick/long jump challenges really got everyone on their bikes and sending it without the pressure of a normal contest environment.

A decent crew from out of town came through including Murray Loubser(Gaansbaai), Eric Garbers(Namibia) and Chiko M(Botswana).
It was cool to see these guys arrive at the park and shred it like it was their local in just a few minutes. Team Joburg/PTA were also in the house. Vincent Leygonie, Matt Duffy, Nathi Steeze, Jason Hood, Francois Bodenstein & Doran Mathewson went b-mode on the park like it was closing down. All these guys did something different, from savage gaps to using the back rails on the park.

Thanks also goes out to Monster Energy, Omnico and Skabanga Crew for backing Evals to make sure the vibe was great. If you’re reading this, hopefully it will inspire you to throw a jam of your own.

The crew down in South Africa might have had some terrible luck, but it lead to an awesome BMX road trip!

Whenever we see a video pop up from Kevin Schnider, we know we are in for a treat. Here’s a really dialed video that he whipped up from a recent road trip he took with Murray Loubser and a few others to explore street spots, ditches and more in South Africa. Even though things didn’t go to plan, it definitely lead to some excellent riding, spots and good times. Add in some super clean film work and you have a BMX video that’s well worth your time! Hit play and enjoy!

Commonly, a situation where, if anything can go wrong, it will.
A BMX roadtrip is almost like a booby trap. Take 6 guys across 2000kms, sleeping in tents and flinging themselves down staircases and handrails on a daily basis, there is bound to be setback.. or three.

This trip embodied Murphy’s Law. From broken bikes to equally broken bodies, to finding our campsite nearly submerged after a hail storm.

We soldier on, and we make the best of an otherwise incredible landscape through the middle of South Africa, and we do what we set out to do, ride new spots and make memories with our friends.

Filmed and edited by Kevin Schnider
Music by Tussilago – Waltz“

This one is for those of you who love heights… Not.

We’re not quite sure why bridges make for a lot of fun to ride, but they do and this has to be one of the gnarliest. Hit play to take a ride with Darren Oatley and Murray Loubser as they take a rebel run on a bridge that has a HUGE drop on both sides and plenty of traffic to dodge. This is crazy and we’re not sure how they didn’t get whacked by a car.

“Darren Oatley & Murray Loubser are straight savages for this… ? Dodging traffic at 6:30am to roll in off the Tollgate bridge arch which is 2 storeys up and 4 storeys to the left. Strictly deadman moves!” – Skabanga Crew

Murray Loubser and Darren Oatley teamed up to film a part from the “Street Game Video Contest” down in South Africa. Here is the video they came through with that ended up taking the top spot! Great riding and rad spots in this one! Take a peek!

“Murray and Darren brought the fire in this one. some of the best riding you’ll see today plus the editing delights of Colin Loudon” 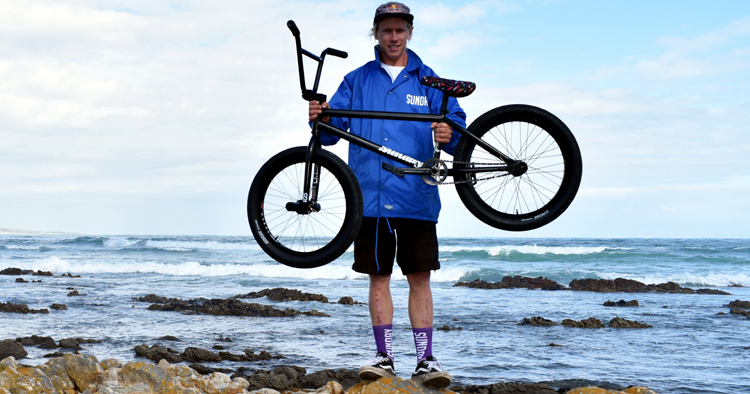 It looks like after putting in a ton of work and crushing it for a while now, Murray Loubser caught the attention of Sunday Bikes and Odyssey! Murray is now on both brands AM teams and has dialed in a brand new bike that looks like it’ll hold up great to the gnarly riding Murray does. Get the official word below and expect to see more of one of South Africa’s finest!

“Odyssey is excited to welcome South Africa’s Murray Loubser to the AM team! Murray rides fast, goes big, and his tech skills are on point – check out any of the highly impressive web video parts he’s put out over the last couple of years and you’ll understand why getting Murray involved was a no-brainer. We’re stoked to have him on board and are looking forward to watching him casually dominate any and every obstacle put in front of him. Follow @mr.moo__ on Instagram!” – Odyssey 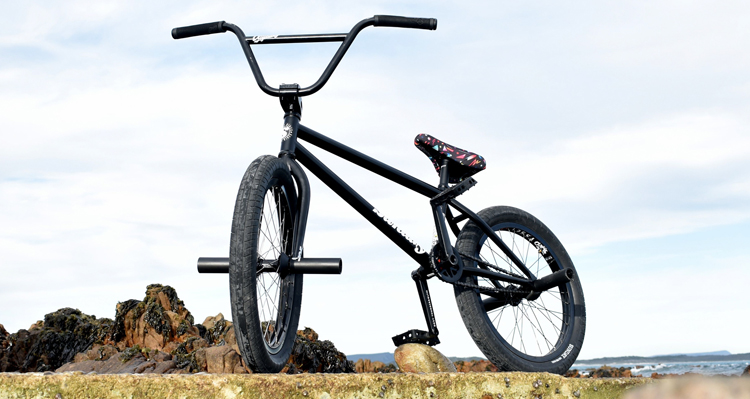 The amazing videos from this years Mongoose Jam continue to surface! This time around we get a look at what Greg Illingworth‘s team consisting of Van Homan, Murray Loubser and camper Jack Seeley with filmer Kevin Schnider cooked up! Greg went hard on the coaching to push these guys and they ended up coming through with a ton of amazing riding and a good vibe. This one gets gnarly toward the end, so make sure you watch this one from start to finish!

“Team Illingworth interjects some humor along with some top notch riding into their video for this years Mongoose Jam Video Battle at Woodward Camp. But that is what you would expect with a crew like this. Watch Greg Illingworth, Murray Loubser, Van Homan and camper Jack Seeley in this Kevin Schnider produced video.”

The Common Crew coming through with a banger for your viewing pleasure! Murray Loubser made the trek up form South Africa to spend a few weeks exploring street spots around Southern California. While he was here, he managed to stack a ton of banger clips that you can enjoy in the BMX video below. This is a definite must see! Murray never disappoints.

“Murray AKA @Mr.Moo__ the legend from South Africa stayed with us for a few short weeks but in that time was able to produce an amazing video part with Francis behind the lens. Rails, gaps, stairs, and even tech- Murray does it all. This is what we like to call “GOING B MODE”! Click play now!” – Common Crew

Here’s a fresh BMX video worth checking out! Murray Loubser has teamed up with Kevin Schnider to produce one dialed BMX video from the streets of Cape Town, South Africa for Fox! As always, Murray puts his deep bag of tricks to work on a ton of great spots from rails and ledges to curved wallrides, loading docks and more. Plus, the film work on this turned out awesome as well! Enjoy!

“Murray Loubser hitting the streets of Cape Town for his 2017 Fox edit.