Fit Bike Co. keep rolling out the classics for everyone to enjoy again! Here’s their “Trippin’ In Oz” video that originally was released in 2010 from a trip that Brian Foster and Justin Inman took to New Zealand to cruise trails and cement parks! After that we get a mix from spots in California from a bunch of other familiar faces. This video might be a decade old, but damn is it a good watch! Hit play and take in all 18 minutes of pure BMX goodness.

Check out Pat King’s section from the “Banned 5” video!

Here’s one section from the Banned video we were waiting to see pop up online! Check out Pat King‘s section that’s filled with wallrides galore, big 360s, crazy tailwhips and much, much more!

We are HUGE Florent Soulas fans, so when we saw that Fit Bike Co. uploaded Florent and Pat King’s section from “Holy Fit”, our day was made. If you want to watch an amazing BMX video… Click play!!

“Florent Soulas is not human. Creativity and bike control for days outta France! And who doesn’t love a little Pat King footy?!

END_OF_DOCUMENT_TOKEN_TO_BE_REPLACED

Check out a couple of wild clips from Florent Soulas and Pat King’s footage in the “Holy Fit” DVD! So good!

“We got a six’er here for you. Three from the incredible Florent Soulas and three more from the rather mysterious Patrick King. Complete bike control from two very different styles. ” – Ride BMX

END_OF_DOCUMENT_TOKEN_TO_BE_REPLACED

Check out 30 seconds of Pat King absolutely crushing it at his ramp setup at his house! So good.

END_OF_DOCUMENT_TOKEN_TO_BE_REPLACED

Pat King, Phil Jones, Seamus McKeon and a bunch more North Carolinian mad men made one heck of a mix for their clothing brand Lunch Meat. So, as they put it: “Sit back, relax, throw on your favorite terry cloth robe, and pour a glass of merlot.”

Fit Bike Co.‘s Pat King recently built up a fresh setup during his trip to Oregon! Check out this dialed Benny build along with some sick riding photos in this new bike check!

“ Pat King recently ventured out of the Dirty South for a few weeks to spend some time shralping Oregon with Shawn. While he was out west, Pat built up a Benny frame and Justin Shier was rad enough to send in this bike check of it.“ 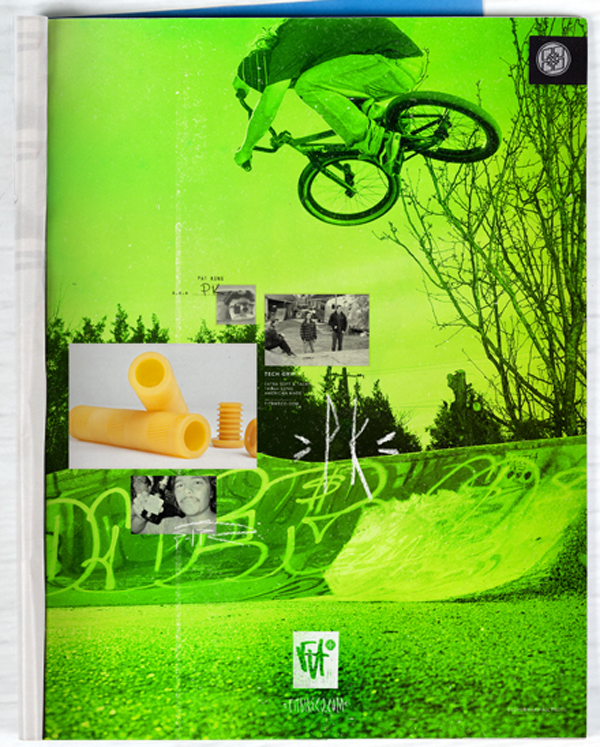