Redline coming through with a fresh BMX video featuring Parker Heath putting in the work on street spots, Dennis Enarson‘s backyard and more out in San Diego! Parker puts his deep bag of tricks to good use for this one and he’s definitely not scared to drop a roof or roll in on something crazy. Check it.

“Parker and Brandon team up in the San Diego area for a few months to bring us this!

We haven’t seen much out of the Redline program this past year, but it looks like Brandon Dosch is still holding it down for them. Check out this fresh BMX video where we get a look at Brandon’s street side, with a few park and trails clips mixed throughout for good measure. Detroit might be a little rough around.. all the edges, but they got spots! Check it!

““Sick days and wild nights. Brandon Dosch came home to Michigan for the summer and spent the majority of it getting down in the one and only Detroit.” —Jeff Tabb

END_OF_DOCUMENT_TOKEN_TO_BE_REPLACED

Redline dropped this fresh one of Ronnie Napolitan getting some time in at The Unit in Greenville! As expected, Ronnie tore the place up with some big lines and his deep bag of tricks. That X-Up Superman is so good.

END_OF_DOCUMENT_TOKEN_TO_BE_REPLACED

Redline hit us with a link to their flipbook giving us a look at their 2015 complete bike range. Hi that flipbook above to get a closer look and more information on each bike. Looks like a solid line up!

END_OF_DOCUMENT_TOKEN_TO_BE_REPLACED

I had a feeling this was going to be good going into it, but damn it was really good! Here’s part one of what I’m assuming is a 3 part series featuring Ronnie Napolitan crushing spots in different cities for Redline! For this first stop, Ronnie has his way with Austin, Texas! Hit play! You won’t be disappointed.

“Redline gave pro rider Ronnie Napolitan the choice of 3 cities to ride, film and enjoy. The first of those cities is the capital of the lone star state, Austin, Texas.
Directed by Terrell Gordy”

END_OF_DOCUMENT_TOKEN_TO_BE_REPLACED

Check out Brandon Dosch putting down some real good riding on the Markit ramps in this video from Redline! Hit that play button!

“Dosch made it out to San Diego to catch one last California session at the MARKIT ramps before making the move to Austin Texas. Smooth and stylish as always!
Filmed & Edited by: Christian Rigal
Song: Mayan Calendar Girl- The Frowning Clouds“ 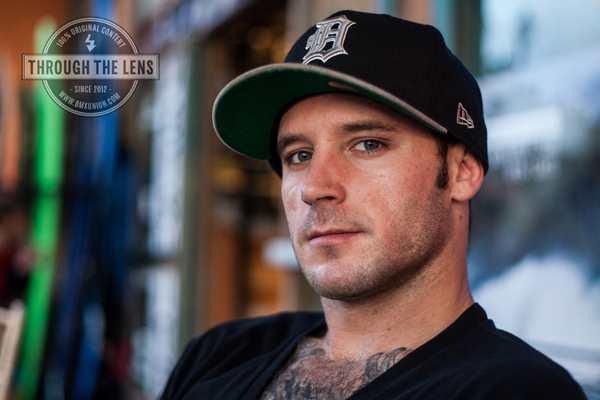 Well here it is… The one I have been waiting for. I have been talking about this column for months and months now. Every time I mention to someone that I write a weekly column and tell them how many weeks that I’ve been doing it for it reminds me how crazy it is. I can’t recall anything that I’ve done specifically and routinely for 100 weeks in a row and I think that goes for most people. That is why this column is one to remember. For this week I had the chance to catch up with Brandon Dosch and interview him before he starts on his next chapter in life in a new State. Brandon is an amazing rider and has been killing it for years. He has the drive and determination to progress and continue to push his riding forward for a long time to come. He wants to give back to BMX, and understands the importance of making riding look appealing to the younger generation. Take a few minutes to see what he had to say and thank you to everyone who has been down with TTL since this column started. Here’s to 100!