GT Bicycles have release their new full-length “Can You Film This?” video online for everyone to enjoy! This 54 minute video has been years in the works and is jam packed with dialed street, park and dirt riding from their stacked team! As expected, this video turned out amazing and it’s an absolute MUST SEE, so get on that play button to check it out now!

“Can You Film This? GT BMX’s newest full length video is here! After three years of filming and an epic week of premieres around the world, we are hyped to bring it to you in full. “Can You Film This?” Is based on the simple idea of riding around and filming bike tricks with your friends. Get a Look at what the up-and-coming GT BMX crew does when those C.Y.F.T moments hit…” – Our BMX

“CYFT highlights GT’s up and coming generation of riders. Initially a project to not let the typically bro-cam footage that was stacking up go to waste from those “Hey dude, Can You Film This?” moments. In time, the project gained momentum and evolved into a full-length we couldn’t be more proud of.” – GT BMX

GT Bicycles coming through with a fresh video from some time the squad spent cruising around Tallinn, Estonia hitting up street spots and the SPOT park As always, these guys all deliver with a ton of great riding and the spots are so good. Hit play and take it all in!

Brian Kachinsky and Sullyvan Guaincetre team up for this new GT Bicycles video!

The Globetrotter himself, Brian Kachinsky, made his way to Lyon, France to spend some time riding with his GT Bicycles teammate, Sullyvan Guaincetre, to cruise the spots and stack clips. Both of these guys put their pegs to heavy use, and it looks like Brian had a crazy scare that almost destroyed his leg! This is a real good watch, so get on that play button!

“Brian Kachinsky meet up with his new French GT teammate Sullyvan Guaincêtre for a four day street mission in the city of Lyon. The spots looked amazing and Brian came through with his burly go for it style and he had some wild looking crashes—but thankfully he escaped any major injuries—and Sullyvan delivered with his super smooth tech style. Seeing their contrasting styles in the same video is pretty sick.” – Ride BMX

“When I was a child I can remember my mom often saying, “A lot can change in a few days”. This was usually when something would go wrong or if I was feeling ill or upset. Fast forward to adulthood, life has taught me that this phrase is still very applicable. I feel like in “just a few days” a trip to Lyon, France with Sully and the Frenchy’s crew turned from a fun idea to a reality. In the blink of an eye, I was headed to Lyon to hang out with one of my newest GT teammates. In “just a few days” I got introduced to Sully’s intelligence, laid back attitude, and his extremely smooth riding style. We shared a ton of laughs and passion for street exploration. I’m really excited to have Sully as a part of the GT crew and look forward to future adventures with him. In “just a few days” we experienced a lot—good and bad—but with that comes character and bonding experiences. I’m happy to say that in “just a few days” Sully grew from an acquaintance to a friend. This is yet another reason why BMX is the best. Merci beaucoup to GT, Sully, Johan, Alban and the entire Frenchy’s Distribution crew. J’ai de la chance de t’avoir comme ami.” — Brian Kachinsky

“It’s always a great pleasure to travel with new guys, especially when it is with the legendary BK & the good Sullyvan. As in every trip, there was many adventures—crashes, a broken fish-eye lens, and plenty of rain—but the good memories are the only ones that remain. Thanks to both BK and Sullyvan for giving their best and to Frenchys and GT to develop BMX the right way. Here is the story of our four days around Lyon & Saint-Etienne.” — Romaine Fel

Sullyvan Guaincetre is now doing it for GT Bicycles in France!

Earlier today we got word that Sullyvan Guaincetre had joined GT‘s team over in France through Frenchys Distribution, now his welcome video is now online and it’s packed with amazing riding from the streets. Sullyvan is no stranger to putting all four pegs to good use and it looks like his new Globetrotter frame is holding up great for him. Hit play to see what Sullyvan stacked for clips! This kicks a ton of ass from start to finish.

“We met Sully on the GT Euro Tour while in Paris. He stood out to me amongst all the
incredibly talented locals. He wasn’t just good on the bike, but his approach to the session
along with his style made me an instant fan. When the opportunity to add him to the crew
presented itself, it was an easy yes from myself and the rest of the team. Can’t wait to get
him out with the squad! 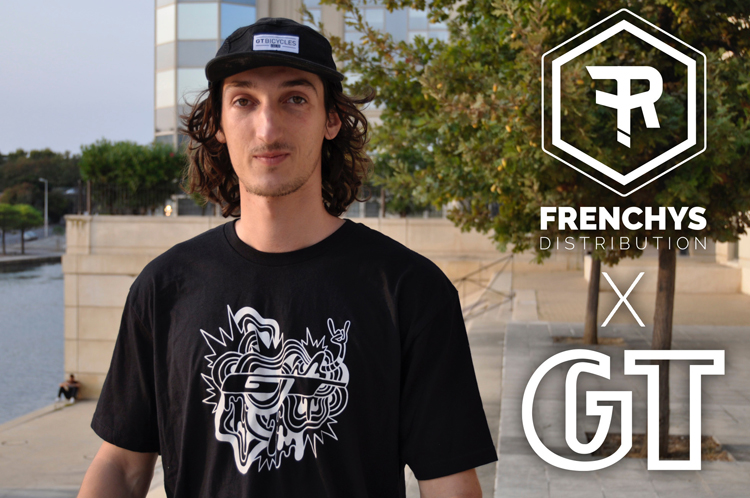 Sullyvan Guaincetre coming through with a few clips while out cruising Montpellier!

It has been a minute since we’ve seen a BMX video from Sullyvan Guaincetre, but here’s a short but sweet one for you to check out. Hit play to watch Sullyvan go to work on a few street spots while out cruising in Montpellier, putting his pegs to good use along the way!

“Small video filmed in Montpellier when I went down to Sully! It’s April 2017!

Here’s a fresh one featuring Cult‘s connect over in France, Sullyvan Guaincetre getting down on spots all over Paris! Sullyvan puts his pegs to heavy use on a bunch of ledges and rails to go along with some stretched suicide no handers and spin combos on a bunch of banks, nose balance and more. This also has some interesting film work. Get on that play button and check out what went down!

Cult‘s connect through Frenchys Distribution, Sullyvan Guaincetre, coming through with some fresh heat from the streets. Sullyvan puts all four of his pegs, his freecoaster and nose balance to heavy use for this one with some creative combinations for trick that will have you scrolling back to watch it again. Real solid BMX video from start to finish. Take a look!