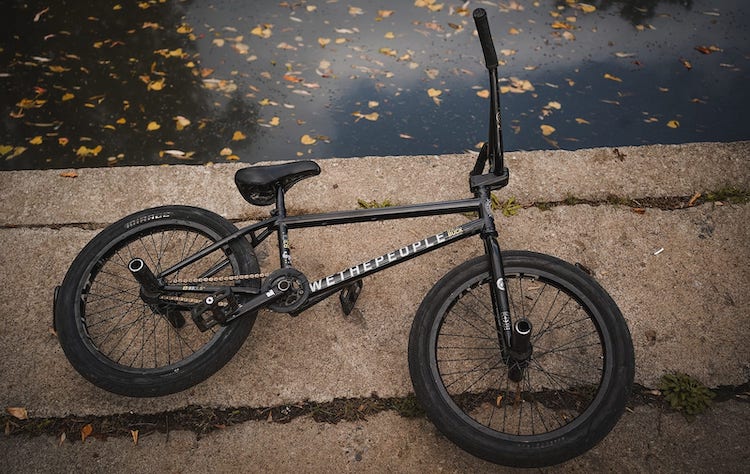 Curious what Dillon Lloyd is running for a setup these days? You’re in luck because Wethepeople dropped a fresh Bike Check giving you a closer look at his brand new Buck setup decked out in Wethepeople and Eclat parts. You can check out the full parts list and a bunch of photos of the bike over on the Wethepeople Website!

It has been a little while since we’ve seen Joeri Veul‘s name pop up, and now we know why! Joeri’s been healing up from a brain hemorrhage that has sidelined him for a while! Fortunately it sounds like he’ll be okay, but it might be a while before he can get back on the bike. Until then, here’s a fresh video with some clips he was sitting on for Wethepeople. As always, Joeri delivers with the good stuff! Take a peek!

“One of our favourite guys out there, Wethepeople rider Joeri Veul filmed this video shortly before he suffered a brain haemorrhage last year. Joeri is taking some time away from riding whilst he recovers but managed to put together this video with a few clips of his homies in The Netherlands to finish it off. Much love and respect to Joeri for pushing through the tough times and staying motivated. We can’t wait to see you back on a bike soon Joeri!” – Wethepeople

“Back in September 2020 I suffered from an acute brain haemorrhage. Suddenly I was not able to ride my BMX anymore, something I built my life around over the past 13 years. Before this happened I was always out looking for spots, filming and hanging out with friends who also happen to ride bikes… I always enjoyed filming or being filmed, as you can push each other to battle against a trick you have in mind. Besides that, filming also encapsulates the whole scene surrounding that trick. The random encounters with strangers on the streets, the many flat tires that were had that day, or whatever funny situation you happen to get in with friends. It’s a compilation of lifelong memories you shared with friends. This video is just that: a compilation of memories that we gathered just before I got the haemorrhage. I hope to create many more when I’m able to ride in a few years again. – Joeri Veul 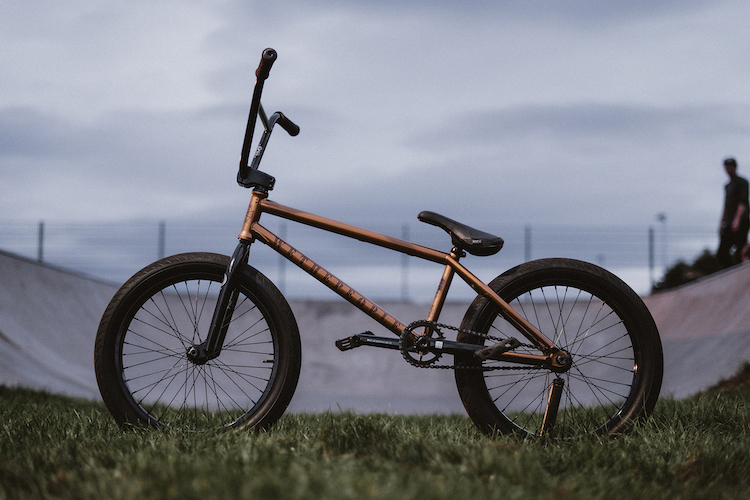 Wethepeople released a quick Bike Check with Brad McNicol and his current Revolver setup that he’s been riding. There’s a bunch of photos and a full parts list that you can check out right here! The bike looks like a dialed unit to us!

Wethepeople coming through with a fresh video featuring Jordan Waters going to work on spots over in the U.K! Get on that play button for a bunch of real solid lines and combos! Take a look!

Check out this new one featuring Danny Heron going to work on street spots over in the U.K for Wethepeople. Danny puts all four pegs to work on rails and ledges galore, manual lines, spins, and more, making for a real good watch. Take a look!

“The UK’s Danny Heron has been part of the Wethepeople team since earlier this year but now he’s made things official with this new video. If you’ve not seen Danny ride before then expect a plethora of grinds and some of the snappiest hardways out there. Filmed throughout the north of England with @nathsaprick . Go on lad!” – DIG

Here’s a fresh one featuring Wethepeople‘s Jeffrey Lapointe going to work on street spots! This video has a pretty laidback vibe to it, but Jeff puts all four pegs and his freecoaster to heavy work on every rail and ledge he came across. Take a look!

“Wethepeople’s Canadian youngster Jeffrey Lapointe is as smooth as they come. Sit back and watch over 5 minutes of cutting edge street moves from the man himself. Jeffrey killed it for this one.

Wethepeople coming through with a fresh split video featuring Stephen Atencio and Wiktor Skibinski slaying spots in Barcelona! Both of these guys put their pegs to heavy, heavy use on every rail and ledge in sight, along with plenty of ridiculous combos on banks and more.

“What happens when you give two of our heaviest AM’s 4 days to make a split video? Enjoy the delights of Stephan Atencio and Wiktor Skibinski tearing Barcelona a new one.