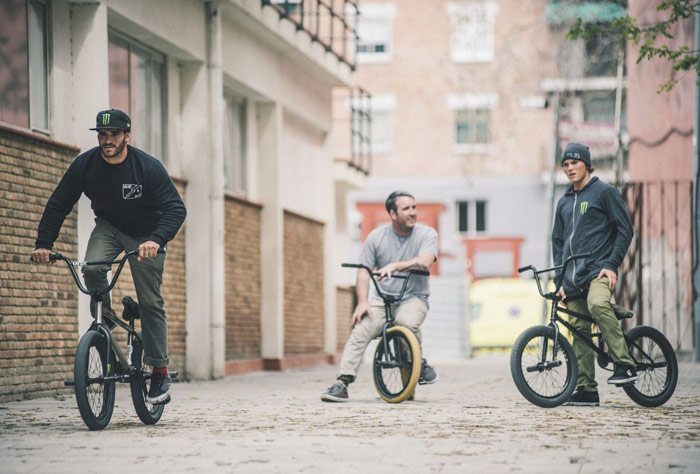 Years with Monster Energy: 4 and a half

What was it that first got you into BMX? Any early memories come to mind?
Growing up in Hastings, the scene was really strong back then based around Backyard/The Backyard Jams and there was always a constant flow of riders coming through town. Was a really rad time to be a rider in the area.

What is your official role with Monster Energy? I feel like having a BMX background was pretty important?
Officially, I look after our BMX and Skateboard programs for Europe, Middle East and Africa. Having a BMX background is super important to me and I have always been a fan of Skateboarding too. It’s a good balance and I work with a great team of people.

I’d imagine between the Skate and BMX teams, events and everything you stay busy keeping up with everything. What’s a “typical” day of work like for you?
I normally get going early and hammer out my emails, then go for a ride and see a few people. Then in the afternoon it will be busy till mid evening because of the U.S/other parts of the world get going.

In the past year I have consciously tried to travel a bit less and just focus on certain things. In this job it’s easy to stretch yourself and go to everything all the time but I really enjoy being at home with my wife, family and friends. If you try to do too much it all becomes a bit blurred and hard to focus on the job in hand.

What about when you’re on the road with the team? How does that all go about?
I’ll always try and wake up early and fire out a load of work on my computer before the crew are up and moving. Really hard to be out filming etc and have to handle stuff from a phone. After that it really depends on where I am at and what I am doing. It really differs between projects and events.

You’re more than just a chauffeur for these guys. What are some of the different things you do with your job that most people wouldn’t realize?
Lots of things really, I just try and support them and take the pressure off to get the job done. They are the ones working the magic and they should only have to focus on riding/skating.

Obviously a job like that has a lot of perks. What would you say the best part about the job?
As I said before, I get to work with great people spanning from the athletes themselves to my colleagues at work. Those two things coupled together means that we have been able to do some cool stuff. It’s great to see an idea that you dream of become reality.

What about your least favourite part of the job? Anything stand out?
Ummmm… I hate complaining about things as I love what I do and I am very lucky to be able to make a living of of something I love. I guess sometimes that can become stressful as my personal life and work are very entwined but… Swings and roundabouts. 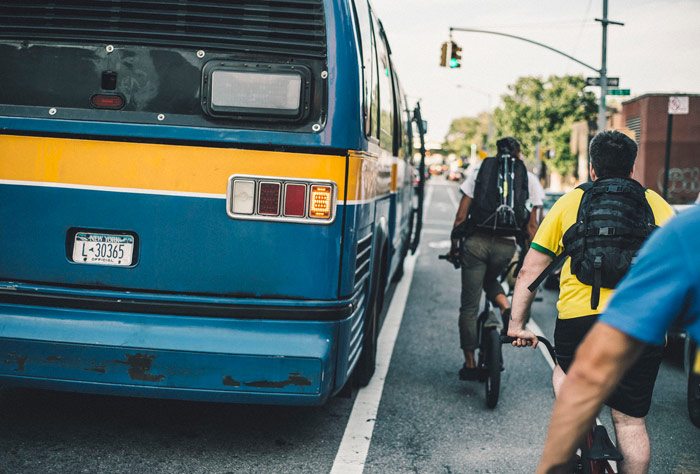 Did you ever go to college or anything prior to this job? Was that sort of thing required?
I actually did video production at college, haha! It never really went anywhere but I feel it gave me a bit of an understanding of the production side. None of those things really came in to it with the Job I am in now, they just took in to account my previous job at 4Down / United and gave me a chance.

A lot of people probably don’t realize it, but The Street Series is a separate thing from your Monster job, right? Can you tell us a little bit about how The Street Series got its start? You have been kind of the head of that whole thing, right?
It’s not so much that its a separate thing, it’s just a lot more than a ‘9 to 5’. In 2012 I worked with Jack DUB, Benny, Lacey and Jay Bean on starting the events and it kind of grew from there. This is our 5th year of jams now with us hitting over 20 cities in that time.

I generally look after the whole planning side as well as all the social media etc. I always speak to the crew though on all points as they have been a part of it since day 1.

You guys are starting to plan the 2016 Street Series, right? What’s the game plan for that this year? Is it all going to be one BMX day or are your spreading it out?
Yep, BMXDAY is officially on July 20th but as that’s mid-week we will throw the jams on Saturday July 23rd. I can’t confirm cities yet but we are hoping to do 2 in the U.S, 2 in Europe and 1 in Australia.

On top of this, we have filmed a promo for BMXDAY 2016 in LA a few weeks back and I cannot wait for everyone to see it! it was produced by Will Stroud and Rich Forne and features Dan Lacey, Benny L, Dakota Roche, Alex Donnachie and Ed Zunda. It’s quite different from your normal web video so it will be good to see what people think of it. 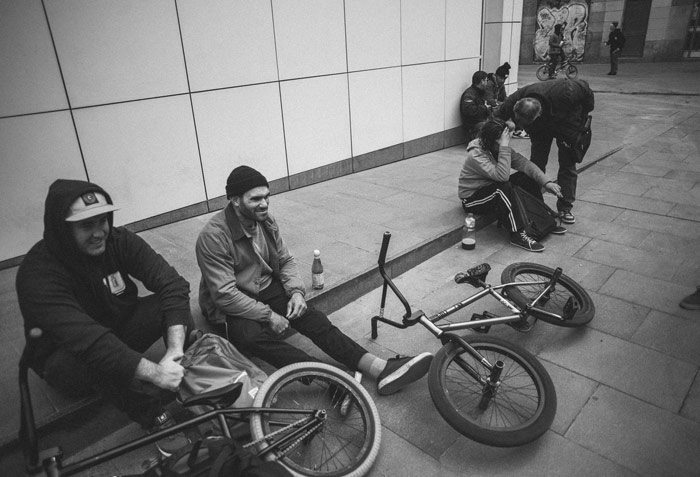 Where do you see things going with that event in the future? Do you want to try and make it something more mainstream, or is it more of a grassroots style event?
We have looked at so many options over the years and to be honest, I think 2016 will be the final year as it stands. It’s been 5 great years and we want to leave it on a high. The whole goal was always to get BMXDAY going and get kids out there doing their own thing which I think it has. After this year’s jams we will obviously still be supporting it all but in different ways that will hopefully continue to help BMXDAY grow.

Other than Monster and The Street Series, you are also pretty involved with Source BMX and their new Source Park, right? What all do you help out with that project?
Well, Marc and Rich are good friends of mine and I live right by the park. I am not officially involved but I try to help where I can as they have something really special going on there.

The new Source Park had it’s grand opening and the place looks amazing. What do you think of the whole project? How do you feel it will influence the BMX scene around Hastings?
The hard work the whole Source team have put in to get that park going is unreal and its been amazing for the town. Hats off to them! Its been great so far and i can only see it being good for the scene with riders from all over travelling to it. They have a lot planned over the course of the year and are going to be doing a lot of good for BMX in general.

Where do you see the future of BMX going? Obviously we’ve been seeing a lot of different riding, shops going head to head with the internet and more.
I don’t think thats something anyone can answer although a lot of people seem to think they can.

In my opinion, BMX will grow and grow and through that more and more brands will pop up that some people like and others don’t, thats the nature of the beast. In ‘my’ opinion, everyone should support what they want to support and enjoy it. I have my own opinion on whats good but I don’t expect others to agree. You should never force someones opinion… In my opinion, haha.

What kind of advice do you have for people looking to work in the BMX Industry? Especially in the team management area of the industry?
Not sure if there is a set route for this? I never ‘set out’ to work in the industry or the area I do, it just happened as I stuck with it let things run its course. Just work hard and support what you like and believe in. 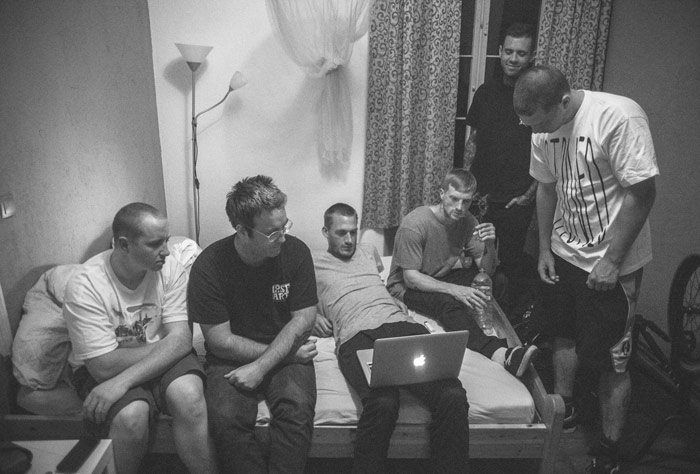 What do you think is going to be one of the most important things to keeping BMX growing and progressing?
As I said, people doing their own thing and not following the crowd. I love that people have their own opinions! Can you imagine how boring this would be if everyone got along and did the same thing?

I’m a believer that hard working people with the right intentions will alway be okay. Especially if they do not dwell on things that others do/they disagree with.

Do you still find much time to ride, or does working in the BMX industry mean less time to ride?
Yes, my wife and I just moved back to Hastings and it timed perfectly with the new SOURCE PARK opening. I love Hastings and can’t see us leaving there.

How do you keep yourself motivated and keep BMX fresh for you? Do you ever find yourself getting burned out?
I think everyone gets burnt out on anything they do, its just part of the process. Something always comes up to get the excitement going again and you need low points to realise why we do what we do.

Where do you see yourself in a few years? Could you see yourself moving up into a different role with Monster?
Not sure, there have been opportunities to go for things in the past and I haven’t as this is what I do. I just want to work with good people, do cool things and see where it leads.

What are you getting into when you aren’t working these days? Do you have any hobbies or other projects keeping you busy?
I have a motorbike that I really enjoy riding and seeing friends/family. Aside from that its pretty much always been BMX, BMX, BMX, haha. 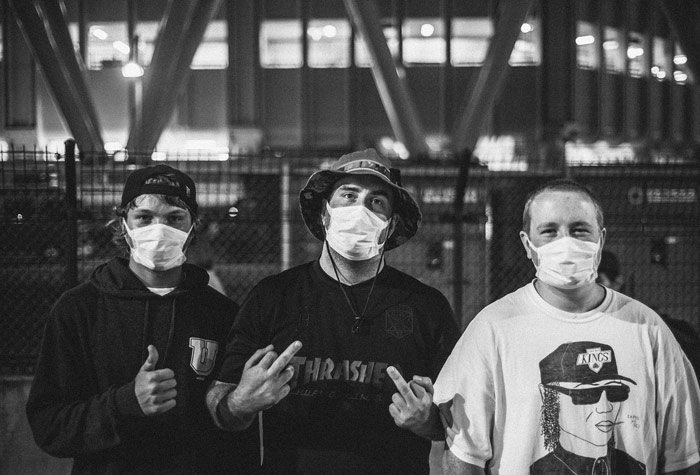 How can people keep up with you these days?
Instagram is my thing really. My personal one is @Creasemeister and I also run the @Thestreetseries account.

Do you have any shout outs or thanks?
My wife Judith and my family/Friends for all the support. Aside from that, there are too many to list but they know who they are.

Anything else you want to say?
Have fun, ride your bike and try not to worry about what others are doing.