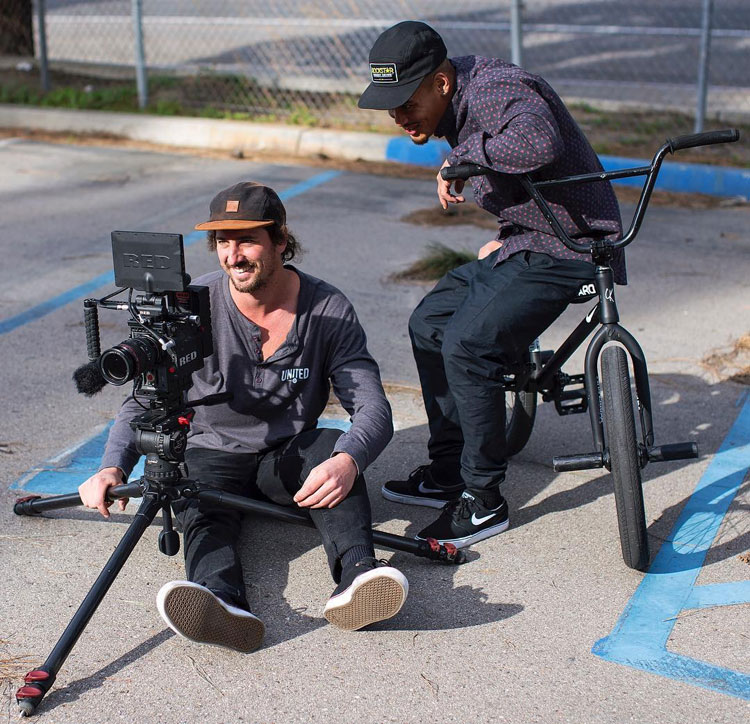 It’s that time of the year again! X Games have just announced the 6 riders that will be filming a video part for the “Real BMX” contest! Like last year, each rider will be working with one filmer to create their best video part possible. After that there will be a fan vote, and then judges that will pick the winners.

We were surprised to see Colt Fake’s name pop up again for this since he had a Real BMX section last year. We are assuming he got picked to do another video because he won the Fan Vote. Regardless, we’re stoked to see what he cooks up again.

Currently out in Portugal ?? filming for an @xgames #realbmx part with @davesowerby So honoured to be a part of this event ????? @bakosphoto

As soon as we saw Alex Donnachie will be filming a part, we knew there was no way he would be going with anyone beside BSD‘s filmer, Dave Sowerby. Sure enough, that was his pick and we’re bound to see something amazing out of those two.

Hyped on the invite from @xgames to work on a #RealBMX part with @christianrigal. It's lit!

We knew as soon as we saw Chad Kerley on the list that he will be working with Christian Rigal for his section. That’s one hell of a duo that always yields amazing results.

Beyond thankful and unbelievably stoked that @mikemastroni and I will be part of the @xgames #realbmx contest this year! The videos will air on ABC this June!

We’re weren’t shocked to see that Demarcus Paul will be working with Volume Bikes filmer Mike Mastroni for his section. They’ve been filming together for a few years now and it makes for a super good team.

So stoked and grateful to get invited to film a part for @xgames #RealBmx with @peteradam this year! It's going to be a fun next couple weeks!

We weren’t quite sure if Nathan Williams would go with his go to guy, Will Stroud, for his section, but it looks like he’s going to use United‘s go to filmer, Peter Adam for his video. That’s another super dialed pick for a filmer. Peter has been producing some phenomenal videos for a while now, so they should end up with a banger of a video.

Hey everyone! Super excited to announce that @darryltocco and I will be at it again for @xgames #realbmx. We are mid way through filming and can't wait to finish! coming out in June! Thank you again @stew1201 for this amazing opportunity

Colt Fake has announced on Instagram that he will be working with Darryl Tocco again. That’s one hell of a combination that we know will produce good results.

Super stoked ?on the invite to 2017 @xgames #Realbmx video project with @yo_navaz

Dave Krone will be working with Ryan Navazio for the contest. You already know with Ryan handling the film work things will be looking top notch.

So that is a look at the X Games Real BMX Riders and Filmers for 2017! Who do you think will be taking the win this year? Let us know in the comments below what your vote is now!