It has been a little while since we’ve seen a fresh Chris Bracamonte video, but fortunately Colony BMX was sitting on a bunch of footage of Chris! Hit play to check out just under 2 minutes of grinds, hang five balance for days and more!

“We were sitting on some golden Chris Bracamonte footage that needed to see the light of day.

The crew at Colony just dropped a brand new Bike Check with Chris Bracamonte and his brand new raw Monash setup that he dialed in with Colony parts from top to bottom. As expected, the bike turned out super clean and looks amazing. The raw with black parts is never a bad route to go when it comes to a color scheme for a BMX bike. You can check out a bunch of detailed photos and a full parts list over on the Colony website! 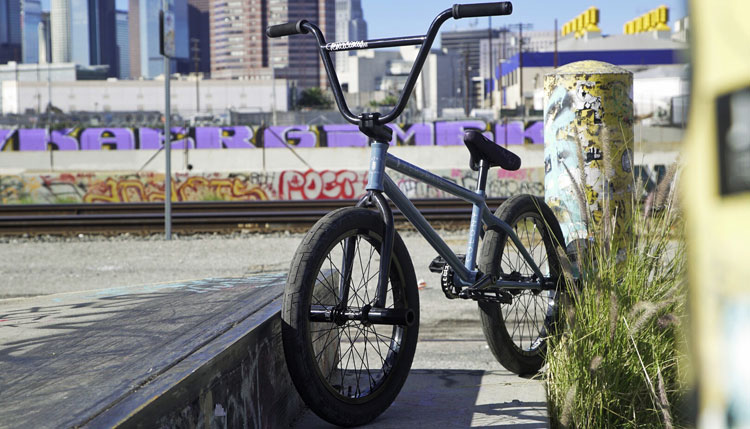 New year, new setup for Chris Bracamonte. The crew over at Colony just dropped a new Bike Check with Chris and his fresh new 2017 Versatil setup that he dialed in decked out with Colony parts from top to bottom. You can check out a full parts list and a bunch of photos over on the Colony website — Chris Bracamonte Bike Check

Want to see more bikes? Check out all of the latest Bike Checks!

Colony just sent through this new video Bike Check giving us a look at Chris Bracamonte‘s current Tradition setup that he’s running these days. Fair warning, this video is more of a riding edit than a bike check, but we aren’t complaining. Chris brings a ton of nose balance and grinds to the spots he came across out in California. Enjoy! 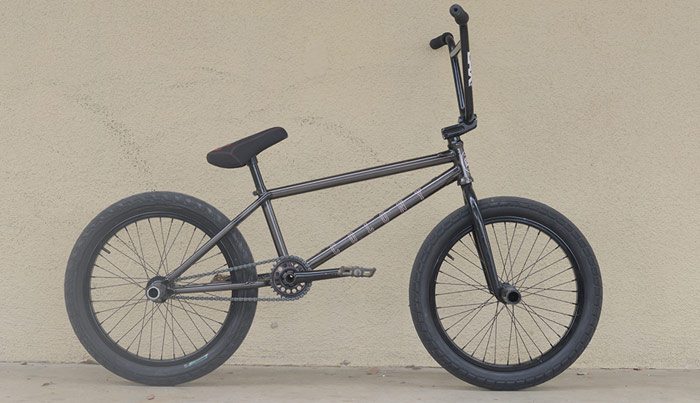 The crew over at Colony have released a new Bike Check with Chris Bracamonte and his current Tradition setup that he’s running that’s decked out from top to bottom with Colony parts. You can check out the full parts list and a ton of photos over on the Colony website — Chris Bracamonte Bike Check
END_OF_DOCUMENT_TOKEN_TO_BE_REPLACED

It’s pretty awesome seeing what BMX riders can come up with when they get the chance to do something like a DIY spot in an abandoned building. We’ve seen the Melbourne DIY spot pop up in a handful of videos over the course of the past year and it seems like they keep accumulating more and more things to ride. Here’s a look at a session that went down with some of the Colony and Division Brand squads courtesy of DIG.

““One day during my stay in Melbourne we were rained out when we had planned on going out to ride street and film. So Cooper Brownlee, Wolfgang Ray, Ricky Catanzariti, Chris Whyte, Marius Dietche and myself went over to this DIY spot Cooper and some locals had put some work on a while back. Fortunately for us the spot was really dialed and we got in a really good session.” – Chris Bracamonte

Colony coming through with a fresh BMX video from the time Chris Bracamonte spent down in Australia hanging out with some of the team! Chris worked hard during his stay stacking clip after clip of pure gold. Watch as he puts his pegs to heavy use, along with plenty of nose balance!

“Back at the start of the year Chris Bracamonte flew over to Australia and spent 6 weeks with me whilst we hit the SOC tour and then stayed back in Melbourne for a month. In that month not only did Bracamonte help film some great videos with the team guys but he also pieced together enough clips of himself for the edit you see before you…

Filmed and edited by Cooper Brownlee.”

END_OF_DOCUMENT_TOKEN_TO_BE_REPLACED

Did you catch the Summer of Colony Road Trip Video that dropped back in January? Well, you should have because it kicked ass. Today, Colony have released some B-Roll from the trip which ended up being just over 6 minutes of real solid clips that just didn’t make the cut. Hit play to see what Alex Hiam, Chris Courtenay, Clint Millar, Josh Dove, Polly, Chris Bracamonte and Victor Salazar had for clips just waiting to be seen!

After that, go watch the actual video: Summer of Colony Road Trip