Here’s a fresh one featuring Dan Coller, Mike Gray and Jake Petruchik getting a session in at the Canandaigua Plaza out in New York! Although this park is pretty basic, it doesn’t look like it kept these guys from dropping some hammers on what they had to ride.

“Dan, Mike, and Jake shut down Canandaigua Plaza near Kink’s home in Rochester, New York. Amazing riding from three of the best in the game.
Credit: Doeby” – Vital BMX

END_OF_DOCUMENT_TOKEN_TO_BE_REPLACED

Curious what Dan Coller is running for a setup these days? Take a closer look at his current Kink Solace setup along with some heavy riding clips from some of the street spots he went to work on out in New York in this new video bike check!

“Take an up-close look at Kink pro Dan Coller’s personal ride and watch him put it to use on the streets or Rochester, New York.
Credit: Doeby Huynh”
END_OF_DOCUMENT_TOKEN_TO_BE_REPLACED

You know when the Kink Bike Co. crew load up and do a road trip that we’re in for a dialed BMX video! This time around they loaded Darryl Tocco, Dan Coller, Jake Petruchik, Josh Pascasio and Matty Miller in the van and hit the road to ride spots in Rochester, New York, Philadelphia and Long Island. Check the video to see what went down!

If you didn’t know Dan Coller is an absolute beast before now… This new DIG X Eclat BMX video should do the trick. Check out Dan absolute CHARGE some huge rails and ledges! This is so good.

“We’re psyched to present this DIG exclusive video with Eclat’s east coast shredder Dan Coller! Dan put himself through it for this one and we’re sure you’ll agree it paid off. Filmed during the last six months of 2014 in Spain and the US – you don’t want to sleep on this! Filmed by Jay Roe, Darryl Tocco and Jake Pertuchik.”

END_OF_DOCUMENT_TOKEN_TO_BE_REPLACED

Kink dropped this weeks One Hit Wednesday video featuring Dan Coller with a HUGE feeble 360 down in Mexico City! If you never saw the Kink in Mexico City video or would just like to re-watch it, you can check that out RIGHT HERE!

“We were fortunate enough to visit Mexico City in March of 2014. Although we were slightly intimidated by the city’s public perception as crime ridden and violent, we could not have been more pleasantly surprised. The city was vibrant and beautiful, the people were welcoming, and the spots were amazing. This particular plaza was stacked with setups, the scariest being this right side out ledge. Dan stepped up to the feeble 3 and laced it first try, just after Tony Hamlin was nearly arrested for drinking a beer at the base of the stairs. Nice one, Dan.

Filmed and cut by Darryl Tocco”

END_OF_DOCUMENT_TOKEN_TO_BE_REPLACED 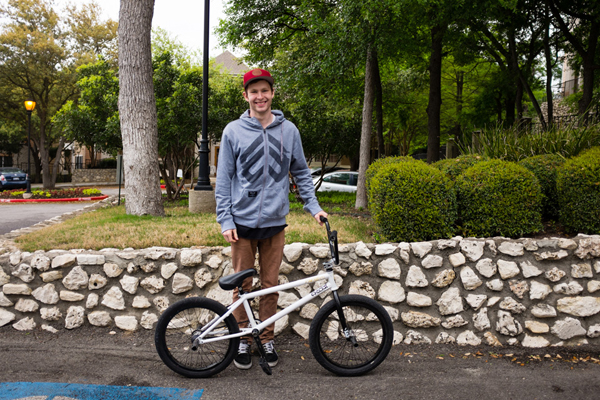 Head over to the Eclat website to get a closer look at Dan Coller’s current Kink setup loaded with Eclat and Kink parts! Check it out right here!

END_OF_DOCUMENT_TOKEN_TO_BE_REPLACED

Kink and Eclat‘s Dan Coller has been on fire for a long time, but DAMN! This new video is loaded with some serious heat and by far the best riding we’ve seen from him. This is one video you gotta check out!

“I first met Dan when he was around 14. Back then he was affectionally named Lil Dan, and he was at that point where you could tell that he had a ton of bike control, but that damn bike was just a little too heavy for him. He was more finesse than anything else. Lil Dan hit a damn growing spurt (did I really just write spurt?) shortly after, dropped the “lil” stigma, and began straight man-handling his bike—with some finesse, too—on setups that no one else can or would want to touch. It’s my treat to drop his latest video, courtesy of the people that help him out: Kink Bicycles and Eclat…

END_OF_DOCUMENT_TOKEN_TO_BE_REPLACED

The past two days have been HECTIC in the Daily Section with videos! We figured there’s probably a good chance you missed a few, so we’ve gone through and compiled all of our favorites and compiled them into one post for you to enjoy all at once! We’ve got videos featuring Deven Ferrer, Aaron Ross, the Kink team in Mexico, some of The Shadow Conspiracy team at Trey Jones’, Mark Mulville, Filippos Kosmidis, Courage Adams and Stefan Lantschner, Rob Wise and even a new one from the legend, Mike Szczesney! Check it all out below!