Seeing Hi-8 footage always brings us way back to when we first started messing around with cameras. Although the quality is rough, it’s still so good. The other reason why this video is so good is because it features Ryan Chadwick, who for the past few years has been damn busy behind the lens filming for Shadow Conspiracy’s “What Could Go Wrong?”. Although he had that going, he was still able to stack some damn good clips for this new edit from DIG. Enjoy!

“After releasing the first Hi-8 edit early Jan 2015 using my Sony TRV-608, I wanted to keep filming and start to work on a second Hi-8 edit. These edits are focused on having fun and filming my friends out riding wherever we end up that day. From the start, Chadwick was very adamant about stacking enough clips so he could have his own part. Though Chadwick was in the midst of his typical TM duties, going on Shadow trips and then to finalize/produce the What Could Go Wrong DVD, he still managed to get out there and finally get his turn shred in front of the lens. So without further ado, here’s Ryan Christopher Chadwick in all his Hi-8 glory, enjoy!” – Eric Bahlman

Filmed and edited by Eric Bahlman 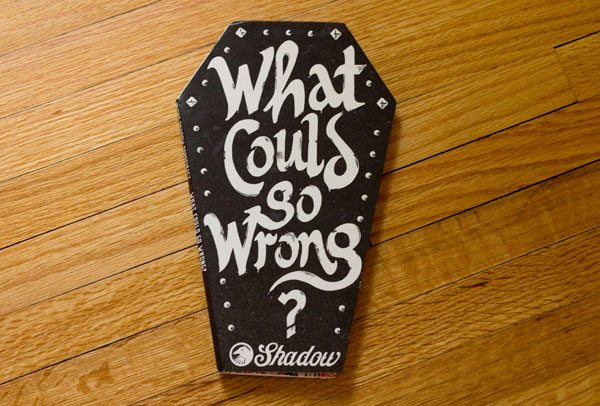 With fewer and fewer BMX DVD’s being produced every year, it’s getting more and more exciting when an actual BMX video comes out in a hard copy form that you can pop into the DVD player and watch on your TV. What’s even better is when a brand is putting heavy time, energy and resources into producing a video that is worth watching it in that format versus online. Over the course of the past three years, The Shadow Conspiracy team have been busy bouncing around the world stacking clips for their “What Could Go Wrong?” DVD that we have been hearing about since they initially started working on the video. After three years, countless trips and a lot of ups and downs, the video was finally premiered this past weekend in New York City at the House of Vans. Approximately the same time that premiere was going down, we popped open the mailbox to find a copy of the video waiting for us to enjoy. After watching the video, we decided it would be a good idea to get a review out before you drop some money on a copy…

END_OF_DOCUMENT_TOKEN_TO_BE_REPLACED

The anticipated DVD from The Shadow Conspiracy “What Could Go Wrong” is due out in August and it’s bound to be an absolute BANGER of a BMX video. They just released the trailer for the video and it’s just over 2 minutes of what we can describe as a WILD RIDE through three years of filming. We CANNOT WAIT to see this video!

“What could go wrong? A question every rider asks themselves before trying something new. Sometimes the answer is good and sometimes, it’s bad. You might find yourself rolling away from a set of stairs smiling ear to ear, or you may find yourself at the bottom of that same set of stairs bloody and beaten. There’s never a definite answer. Whatever happens though, in the end, it’s really about how you got there.

Hit play to watch the new trailer for “What Could Go Wrong?”, the third full-length video from The Shadow Conspiracy coming August 2015!

END_OF_DOCUMENT_TOKEN_TO_BE_REPLACED

Volume Bikes keep firing out these extras from “The Finer Things” video for your viewing pleasure. This time around we have a quick line from Eric Bahlman that’s filled with grinds and manuals. Take a peek!

END_OF_DOCUMENT_TOKEN_TO_BE_REPLACED

Volume Bikes just released another round of extra footage from Eric Bahlman’s section in “The Finer Things” video for you to get a look at! If you are looking for some grinds, this is one for you to quickly check out!

END_OF_DOCUMENT_TOKEN_TO_BE_REPLACED

Here are a few more goodies that didn’t make the cut for Eric Bahlman’s section in the Volume Bikes “The Finer Things” part! If you haven’t seen the full video yet, you’re blowing it! It’s one BMX video worth picking up.

END_OF_DOCUMENT_TOKEN_TO_BE_REPLACED 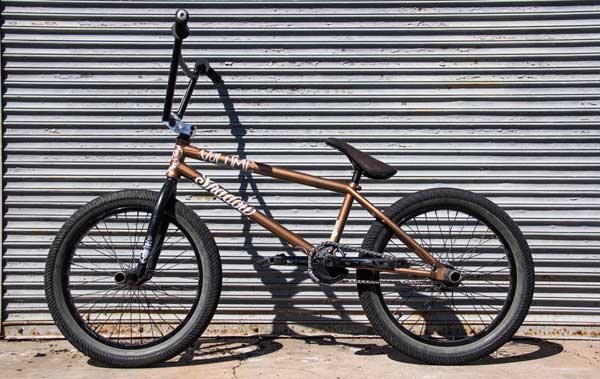 The Shadow Conspiracy just dropped a bike check giving us a closer look at Eric Bahlman’s freecoasting machine that he’s running these days! This Volume Bermuda V2 is decked out with Shadow parts and looking like one dialed BMX bike! Get a closer look RIGHT HERE!