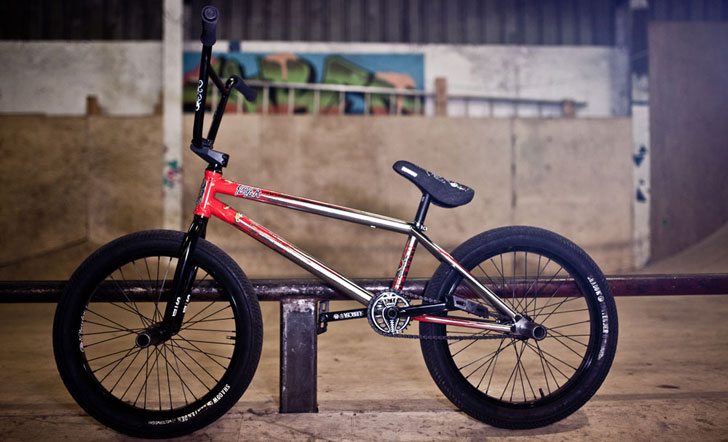 With the Subrosa X Slayer collaboration dropping in just a few weeks worldwide, Subrosa decided it was time to drop a new Bike Check with Scott Ditchburn and his current Subrosa X Slayer Thunderbeast build! This bike looks so damn good. You can check out more photos and a full parts list on the Subrosa Website — Scott Ditchburn’s Slayer Thunderbeast

Here’s one we didn’t expect to see pop up online today! The Shadow Conspiracy have uploaded all the sections from their What Could Go Wrong? DVD that is packed with section after section of pure BMX goodness. We pulled all the sections together for your viewing pleasure! Check out the intro above and each of the sections below!

“The long awaited web release for our third full-length DVD “What Could Go Wrong?” is finally at hand. Starting off strong with the incredible intro section showing what three years of hard work, dedication, and everything in-between results in. What Could Go Wrong is right!

“Shadow rider Trey Jones starts off our third full-length DVD “What Could Go Wrong?” with a BANG! From huge gaps to tech nose manual lines, Trey can and will do it all. Trey left nothing on the table when it came to this section and it’s sure to be a classic for years to come.

“The mystical French BMX master Joris Coulomb comes through with one of his strongest DVD sections to date in Shadow’s third full-length video “What Could Go Wrong?” With unbelievable bike control, Joris is sure to blow your mind with his mix of tech and burly maneuvers including crazy crank flips and even wilder tire rides.

Music:
The Thin Bloods
“Anything”
The Teepee EP
http://www.thethinbloods.com”

“The longest standing Shadow team member Seth Kimbrough has been a legend for years now, but that hasn’t meant he’s slowed down at all. Case in point, his absolute fire section in our third full-length DVD “What Could Go Wrong?” If you want classic Seth riding, watch and learn.

“There are few dudes who have really become one with their freecoaster and Arizona Shadow rider Eric Bahlman is one of them. With his insane balance, Eric’s section in our third full-length DVD “What Could Go Wrong?” is one that will never be duplicated.

“The dynamic, English duo of Scott Ditchburn and Paul Ryan come together with an incredibly impressive split section mixing their two unique styles of riding in to one. Grinds that will make your head spin and combos that don’t make any sense, the lads make for one of our favorite parts in our third full-length DVD “What Could Go Wrong?”

“The Shadow Conspiracy has always prided ourselves in having one of the strongest families in BMX and it shows in this heavy hitting mix section from our third full-length DVD “What Could Go Wrong?” From French connect Kevin Kalkoff riding full speed to Matt Ray slanging bars faster than the speed of light, if you want to see the dudes go in, don’t miss this part.

“What more is there to say about Shadow rider Albert Mercado‘s section in our third full-length DVD “What Could Go Wrong?” other than it is ABSOLUTELY INSANE. The dude does so many tricks that shouldn’t be possible on set ups that shouldn’t be rideable that it makes for one of the most entertaining parts in the video. Stop reading and get to watching!

“The sleeper shredder Johnny Devlin pulled out all the stops while filming for his section in our third full-length DVD “What Could Go Wrong?” From the first trip to the last, Johnny went full speed and left no unique spot unridden. If you want some classic BMX riding, this is the part for you.

“The youngest member of the Shadow Conspiracy squad Mark Burnett worked hard on this part starting as a flow rider and ending up as a full fledged member of the Pro team. There’s a reason he was given the bump and this section is part of it. Big rails, tech ledge lines, and a style he can only call his own, Mark is at the front of new school BMX and his “What Could Go Wrong?” DVD section shows it.

“Former A Pro racer and style god extraordinaire Lahsaan Kobza started filming for his full-length “What Could Go Wrong?” DVD section with a purpose. Throughout the process, Lah knew exactly what and where he wanted to film and we made sure it happened. With clips from all over the world, this section shows just how thought out and determined he was. Enjoy!

“Simone Barraco‘s NORA Cup winning Video Part of the Year “What Could Go Wrong?” DVD section is 8 minutes of non stop shredding. Pushing the levels of riding in all areas, Simone’s incredible style makes for one of the best video parts we have ever seen. There’s nothing else to say other than WATCH THIS!

“The Credits section is the best part of any great video because it gives the viewer the opportunity to look behind the scenes of what it was like to film a full-length video. With all the laughs, smiles, and good times, filming for “What Could Go Wrong?” was an experience none of us will ever forget and now you won’t have to either.

We’re not sure how this one hasn’t been posted yet, but we’re definitely blowing it. Seventies Distribution uploaded the entire “Brighton Aint Ready 2” video to their Youtube channel, so we figured it’s time to get this beast shared. This is 48 minutes of pure goodness featuring a ton of your favorite riders all getting down on the spots that Brighton, England has to offer. Grab a drink, hit play, kick back and enjoy! Also, if you want, the original “Brighton Aint Ready” that came out in 2009 is embedded below as well!

Mike King did an amazing job on the whole project and we’re very proud for this to be online for everyone to see (apologises to anyone in countries that may be blocked from watching this due to music restrictions!). We would like to thank everyone that has the DVD or Deluxe version of the video.” – Seventies Distribution

Filmed and edited by Edd Allen.”

A little while back Subrosa‘s Scott Ditchburn and Emerson Morgan and The Shadow Conspiracy‘s Paul Ryan hit the road to visit a handful of shops and skateparks around the U.K to catch a session with the locals. Check out this video giving you a look at how the trip went!

“The Subrosa Street Rail and shop tour in the UK was amazing! Sit back and enjoy some amazing riding and good times from Subrosa riders Scott Ditchburn, Emerson Morgan, special guest Paul Ryan, and company as they session all over the UK!

Biggest of thanks to Seventies Distribution, Hardcore Hobbies, Motion, Waller, Foundation, Crucial, and The Boneyard Skatepark for your hospitality.

Shout out to all the locals who came out to jam with us!

Filmed and Edited by
Mike King

“Mountain of Dreams” and “Under the Shadows of the Sun”
RARE BREED
http://rarebreed666.bandcamp.com”

END_OF_DOCUMENT_TOKEN_TO_BE_REPLACED 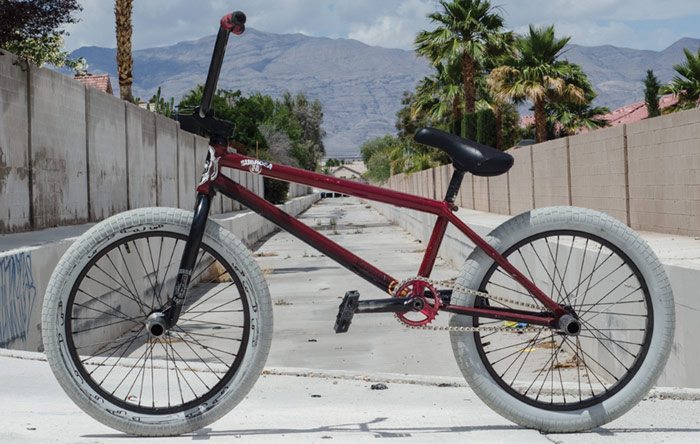 Looking for a new Bike Check to check out? Subrosa Brand dropped a brand new bike check with Scott Ditchburn and his current signature Thunderbeast frame in his red to black fade colorway. Although the bike has some wear and tear, it looks like one dialed BMX bike to us! Head over to the Subrosa website and take a closer look — Scott Ditchburn Bike Check!

END_OF_DOCUMENT_TOKEN_TO_BE_REPLACED

Subrosa just released this new video featuring Scott Ditchburn getting loose on a Subrosa Street Rail! This is grind combo after grind combo of pure goodness. Hit that play button and see just what he threw down!

After you watch that, lear all about the Subrosa Street Rail here!

The Subrosa Street Rail is an affordable way to turn your basement into training grounds, your front yard to a skatepark, and your local parking garage into a rainy day haven.