Frenchys Distribution coming through with this new edit featuring Florian Montanari putting his pegs and freecoaster to good use on spots over in France and Prague! Florian put every rail, ledge and spot he came across to good use and this edit is packed with some great riding. Take a peek!

“Some awesome clips by Flo Montanari around France and Prague! Good times.

Some of the Wethepeople crew recently loaded up for a trip on over to France to meet up with some of the Frenchy’s Distribution crew for a trip through a few of the country’s cities to see what they had to offer for spots. Here’s a look at the clips they stacked during their visit! Real solid!

“Wethepeople’s Felix Prangenberg, Ed Zunda, Jordan Godwin, Mike Curley and Frenchy’s Robin Bourhis and Theo Zannettacci took to the roads of France for a week of roadtripping and the odd shop stop, passing through Lyon, Marseille, Geneva and Montpellier. See what went down here…

Some of the Wethepeople and Eclat crew recently got together on a Frenchys Distribution trip around Lyon, France to see what the area had for spots! Check out this BMX video packed full of dialed riding and dialed spots! Looks like these guys had no trouble stacking clips for this one! Enjoy!

END_OF_DOCUMENT_TOKEN_TO_BE_REPLACED

I’ve been waiting for this one to drop. So good. 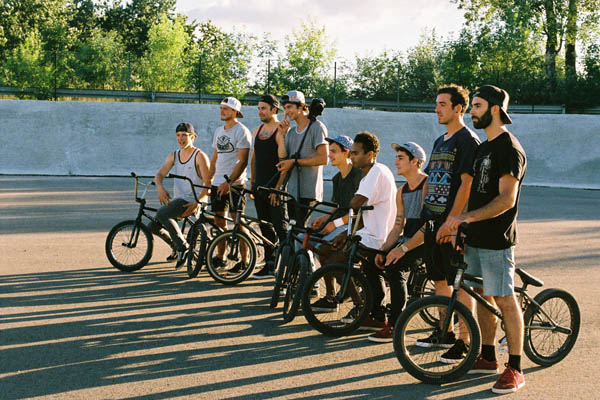 The entire Frenchy’s team got together for their annual trip to shoot photos and film. The video from the trip should be out soon, but until then, head over to Defgrip to check out 23 rad photos from their time together.

United‘s Alex Valentino recently spent some time riding some ramps he set up inside the Frenchys warehouse. Damn good.

Mongoose‘s French connect through Frenchy’s, Julien Massé, spends an hour dropping some heavy moves for you to check out. Take a peek at what went down!

Music : A length of pipe
Filmed and edited by Antoine Pick (watchit.fr)