The Unicorn team from France took a trip to California and crushed it at a TON of spots!

Here’s a dialed video we had sent through this morning by Hadrien Picard who tagged along with the Unicorn team during their recent trip to California! Unicorn is a clothing brand that is from France that is owned by Youtuber & BMX rider, Vodk, who has a massive following. For this trip, Justin Fouque, Thomas Bennedetti, Maxime Berton, Alex Bibollet, Nils Cianci and Christophe Haas spent some time cruising a ton of spots from Woodward West and Pat Casey’s Dream Yard to OB Park, the Wetlands Trails and more. This video is 10 minutes long and jam packed with amazing riding. Add in that Hadrien Picard handled the filming and editing, so you know this is a BMX video that is too good to pass up. Hit play and enjoy!

Take a behind the scenes look at what the teams got into while filming for their Sosh Urban Motion parts!

Here’s a behind the scenes video giving you a taste of that’s to come from the Sosh Urban Motion videos that are going to be making their way online soon! With a line up like this, you know it’s going to get crazy!

If you don’t get excited any time you see Courage Adams‘ name pop up, you’re definitely blowing it. Red Bull just released this new Lined Up video, which is a raw cut of one long, continuous line that Courage did while cruising spots in Madrid, Spain. As always, Courage mixes his incredible bike control and balance, dialed bag of tricks and style to make for one hell of line that’s worth checking out! Take a peek!

As an athlete, getting one continuous line dialled is tricky enough as it is, without adding into the mix city streets and a cameraman in tow. Taking to his adopted hometown of Madrid, BMXer Courage Adams spins the tricks in this seamless line. Captured by the ever talented Hadrian Picard as part of his Lined Up series.” – Red Bull

The latest 3 Day Metro Pass from Red Bull has arrived. This time around Kriss Kyle, Jordan Godwin and Felix Prangenberg spent 3 days exploring the city of Milan, Italy! This city is loaded with incredible spots and it’s safe to say the three of these guys had no trouble stacking clips for this one. Check out the video below. You can also check out the full story and photos on the Red Bull Website.

“Cobblestones and BMX don’t really mix well – in fact, it straight-up sucks. The combination of a rigid frame and small wheels means your wrists really know about it after a long day riding around a city.
Italy is famous for its cobblestones and ancient buildings, so you’d be excused when wondering why the hell we went to Milan for the latest Three Day Metro Pass trip!”

Filmed and edited by Hadrien Picard
Photography by Fred Murray

You know it’s going to be a good day when you start things off with an email from Hadrien Picard that includes his latest video! This time Hadrien worked with Anthony Perrin and Red Bull to explore the city of Paris, France during some winter evening sessions. The end result? Dialed riding, rad spots and some excellent film work. Check out the video above, then get a look at a few photos that were also snapped while working on this project.

“All those who practice BMX street know how this can be a chore. It is necessary to avoid the pedestrians, to pay attention to the circulation, to escape the vigilance of the guards or the forces of the order. What if the best solution was to ride at night? That’s what were said Anthony Perrin and Hadrien Picard . For their last project, they spent 11 nights filming on some of the most beautiful spots of Paris and its suburbs. The end result is to be found above!” 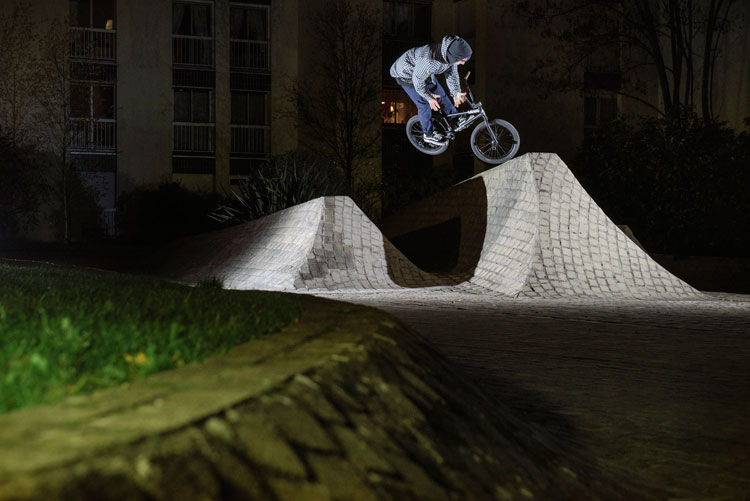 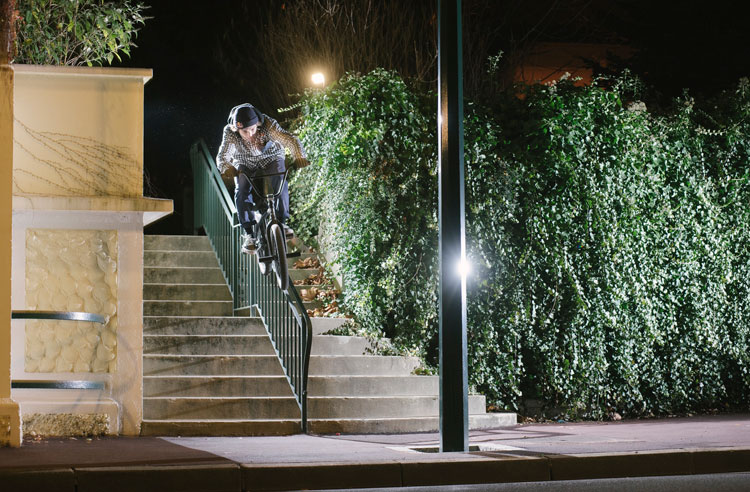 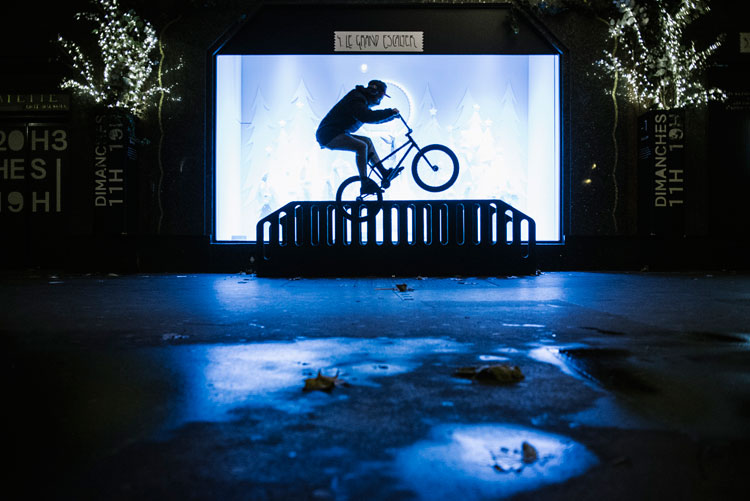 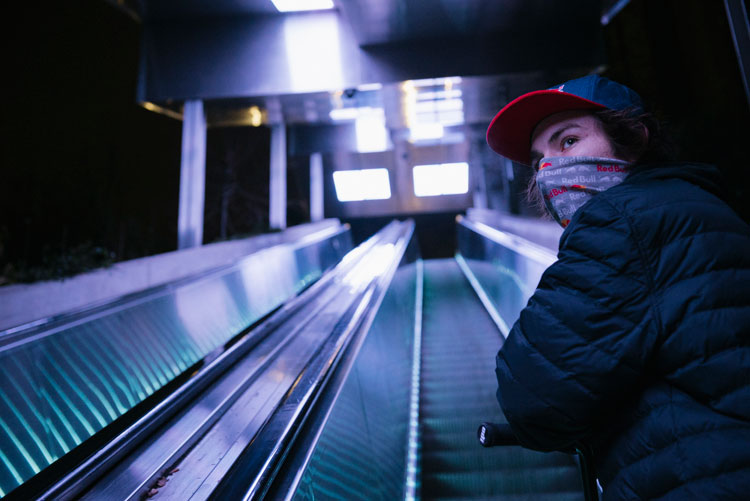 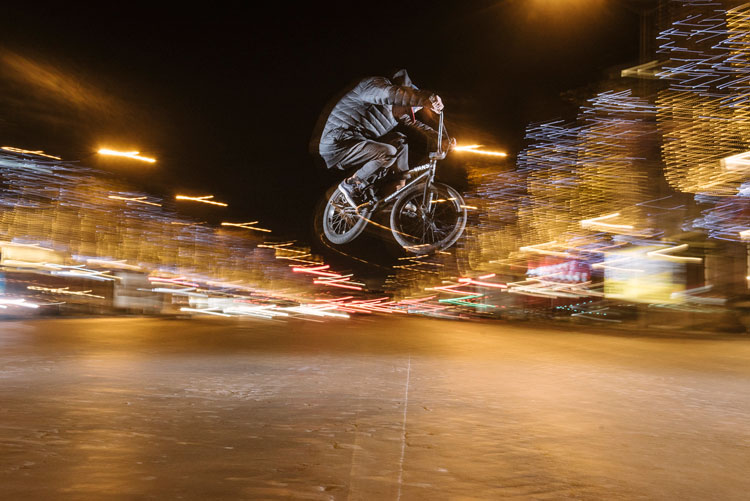 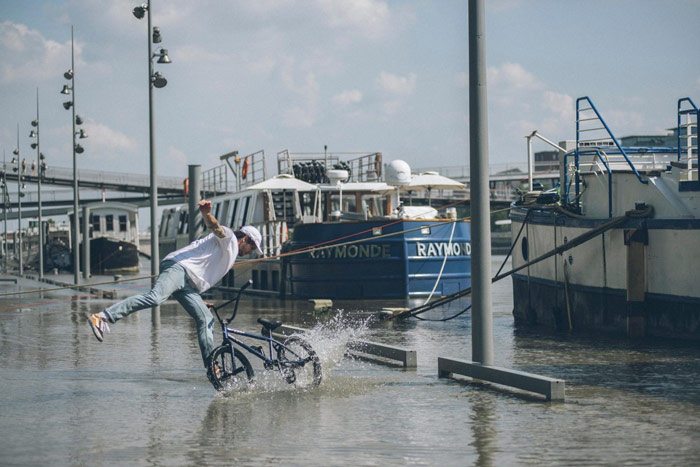 You know that old saying “when life gives you lemons, you make lemonade”? Here’s a perfect example of that saying played out in real life. The other week, Paris, France caught a ton of rain that lead to some heavy flooding in the city. Instead of just sitting around waiting for the water to recede, Hadrien Picard and Matthias Dandois decided to make the best of the situation and shoot some rad photos of Matthias putting together some riding in and around the water. There is a photogallery up on the Red Bull website that you can check out here — Matthias Dandois Riding in the Paris Floods.

END_OF_DOCUMENT_TOKEN_TO_BE_REPLACED

Red Bull coming through with a dialed new video featuring Matthias Dandois and Viki Gomez giving you some insight on their friendship, goals and more. More importantly, this is packed full of some damn good flatland riding! Hit play and enjoy! 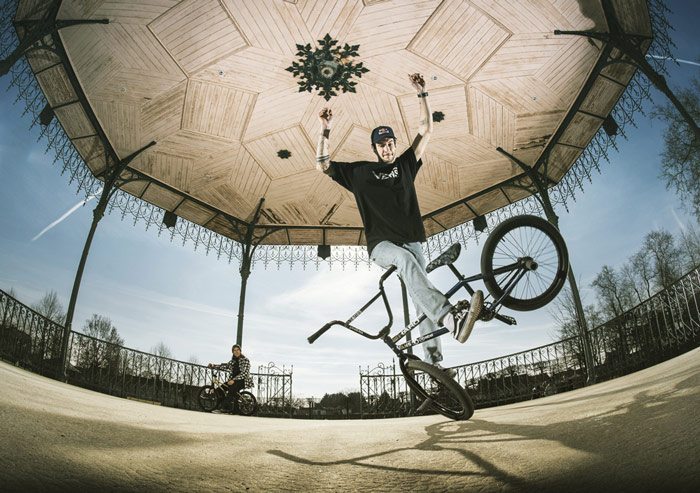 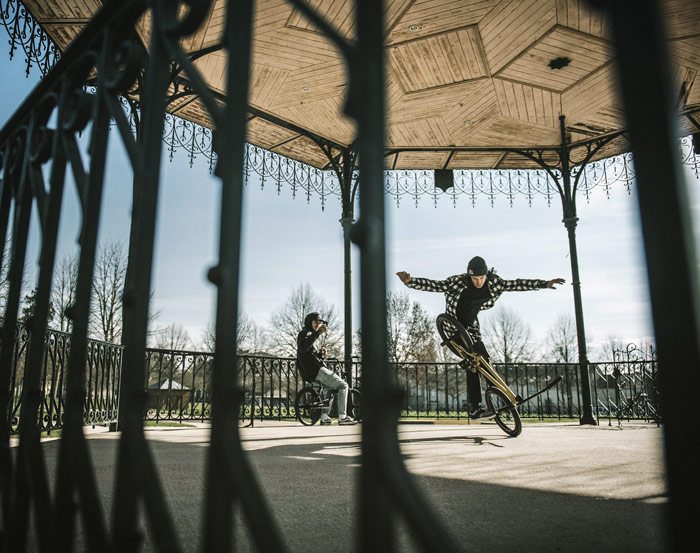 END_OF_DOCUMENT_TOKEN_TO_BE_REPLACED

You know you’re in for a treat when Hadrien Picard drops a new video in the inbox. Here’s the latest from Red Bull featuring Matthias Dandois taking advantage of a spot that is normally filled with water. Hit play to watch some incredible flatland riding in a real unique spot already!

“After wrinkled over the rooftops of Paris , Matthias Dandois fell back to Earth … and even a little lower. In his latest video, made by Hadrien Picard, seen enchainer tricks to Canal Saint-Martin. Inside the channel, more precisely.
This winter, the iconic channel tenth and eleventh districts of the capital has been drained of water to undergo heavy maintenance. A site that has profoundly changed the landscape of the neighborhood… and who offered a golden opportunity to Matthias Dandois , specialist BMX flat and lovers of the city of Paris, and Hadrien Picard, filmmaker never short of original ideas.” 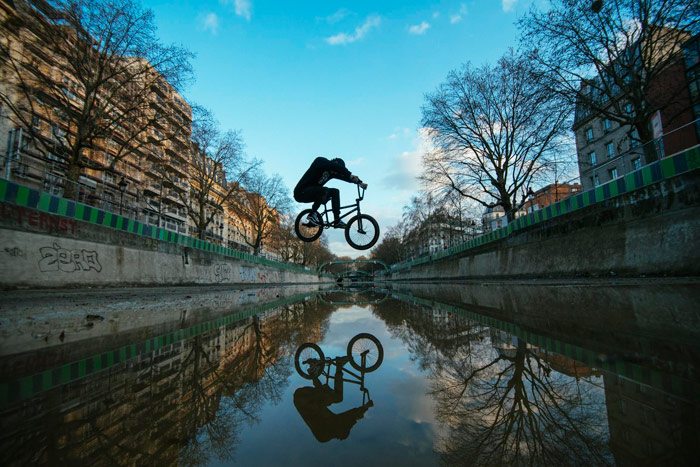 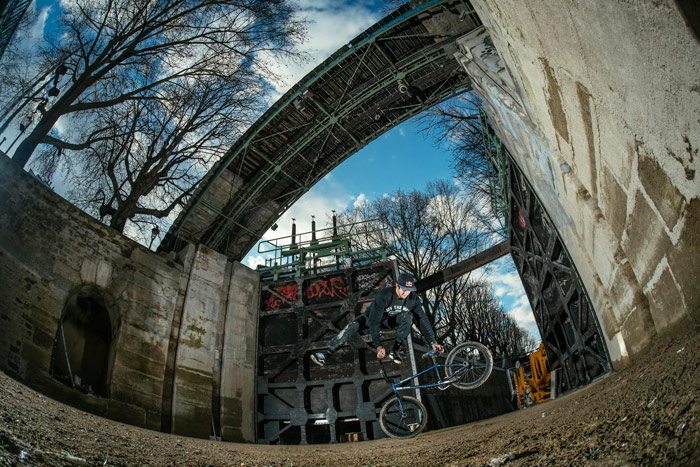 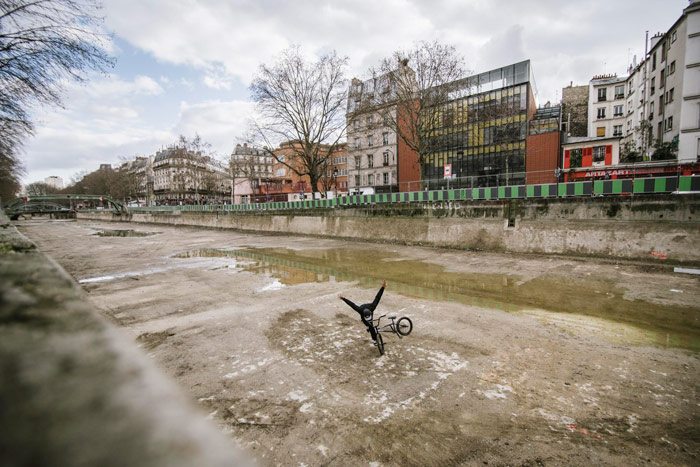 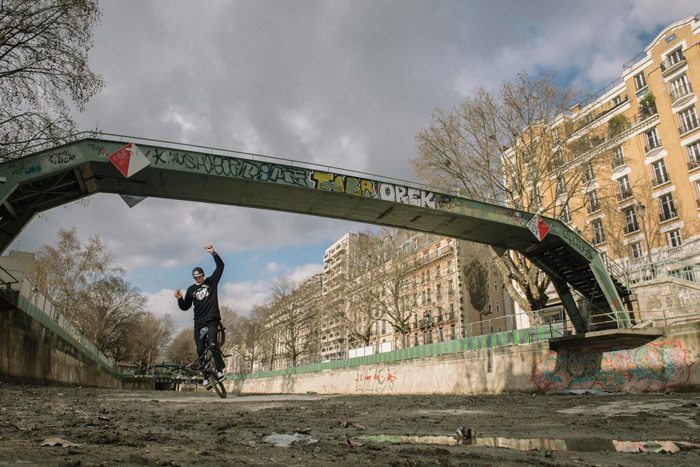