The Ride On crew over in Greece recently took a trip to Rhodes Island to see what it had in store for spots to ride. Here’s a look at what the crew got into! We’re not too familiar with Rhodes, but it looks like there’s definitely plenty of untapped spots! Hit play to see what these guys stacked for clips!

“Our team spent a week in Rhodes island to explore and uncover the spots and get the summer vibes , since no one ever paid a visit to ride before we didn’t knew what to expect there but the results were pretty much what we wanted, lot of spots and nice moments!

Here’s one we missed yesterday that dropped on Friday the 13th featuring Jason Eustathiou going to work on street spots for Ride On BMX. There’s nothing scary about this one, but there’s plenty of dialed riding from grinds to manual lines, freecoaster action and more! Take a look!

““You never know what worse luck your bad luck has saved you from”.

This is @jasoneustathiou for @rideonbmx Friday the 13th.” – Ride On BMX

When the Eclat team get together for a trip, you know it’s going to be a good one. The crew recently made their way to Athens, Greece to put the endless spots to proper use! Hit play to check out banger after banger!

“It may be famed for being one of the oldest cities in the world, dating back 7000 years, but Athens, Greece isn’t just dusty cobbles and philosophers in sandals. We sent DIG video guy Peter Adam off with Eclat’s Bruno Hoffmann, Lewis Mills, Alex Kennedy and Jordan OKane meeting up with locals, including Eclat teammate Jason Eustathiou, to sample the city’s best spots. Needless to say with this crew things got heated, fast. Sit back and enjoy 9 minutes of high grade from some of the best to grace a bike.” – DIG

The latest video from the “Lost In” series continues. This time around Monster Energy dropped Jason Eustathiou, Greg Layden, Jiri Blabol, Raul Jula and Michal Smelko in Hamburg, Germany to let them explore the streets and slay the endless spots. Hit play to check out all the amazing riding that went down! Dialed riding, great spots and some super clean film work. You won’t want to miss this one.

“Monster Energy’s ‘LOST IN’ series continues this year with a series of trips and we’ll be there for each one. First on the cards was Hamburg, Germany with Monster Energy’s own Jason Eustathiou, BSD’s Greg Layden, insta-legend Jiri Blabol, young TBB-Bike shop fireball Raul Jula and tech wiz Michal Smelko. The trip lived up to the name with some epic pedals with no idea of our route, but sometimes that’s the best way. Look out for more in the Lost In series really soon.

Jason Eustathious goes to work on the streets of Torino, Italy for his latest BMX video…

You can always count on Jason Eustathiou to come through with the goods. Here’s a fresh BMX video from some time Jason spent exploring the spots around Torino, Italy. We don’t see a ton of footage coming out of Italy and it’s safe to say Torino is a pretty untapped place. Based off this video, it looks like the city has plenty of great spots to ride and Jason put a bunch of them to great use. Hit play and check it out!

“We’re always hyped to see footage from Greece’s Jason Eustathiou​ and this time he’s been busy in the streets of Turin (or Turino if you have the euro flair), a city nestled up in the north west of Italy. Despite some drastic weather changes, broken wheels and a big slam, Jason managed to lay down a bunch of his signature tech lines. That last clip is butter!” – DIG

“Back in the end of July we visited the city of Torino in Italy along with Jason Eustathiou for bmxday jam…we thought it would be a good idea to extend the trip for a few days in search of some fresh spots. With the help of the local riders we pedaled (a lot) to some really good locations around the city, not everything came out as we planned due to some incoveniences such as weather changes (from super hot to uber rain) ,bike problems such as broken wheels and chains and non the less a big crash of Jason…of course that didn’t stop him from filming his technical lines,although he was a bit dissapointed that he couldn’t charge a couple of big moves on some really sweet rails that he had left for our last 2 days there…but in the end like in every trip, you get to see new places , ride new spots, meet a bunch of interesting people and nothing else matters!“​​​ – ​Ronny Skevis​​ 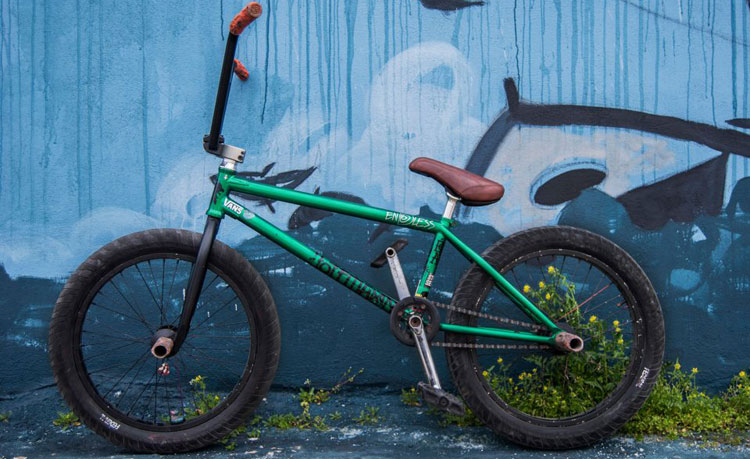 The crew over at Eclat caught up with their newest recruit from Greece, Jason Eustathiou to take a closer look at his new setup decked out top to bottom in Eclat parts. You can check out a bunch of photos, a full parts list and a re-up of his welcome video over on the Eclat website. Check it all out here — Jason Eustathiou Bike Check

It looks like Eclat have added Greece street wizard Jason Eustathiou to their line up through Ride On Distribution! Here’s his official welcome to the team video that is loaded up with grind after grind of pure goodness for your viewing pleasure. Jason has always kept a steady flow of videos rolling out over the years, so we can only imagine having Eclat backing him, that we’ll be seeing plenty more from him in the near future. Get stoked! Until then, enjoy this dialed BMX video!

“The family grows one stronger today as Greek street technician Jason Eustathiou joins the Eclat AM team through RideOn BMX. Peep your eyes on this banger of a video shot during the past year throughout Europe. Jason is one of the most progressive street riders out there right now and we are over the moon to have him part of the squad. Look out for more from Jason in the very near future…

The crew at RideOn BMX over in Greece decided to load up for a 12 day trip to Thessaloniki, where RideOn originally started years ago. Here’s a video featuring Jason Eustathiou, George Adamidis, Alexandros Bika, Thanasis Zintros, Panos Manaras, Giannis Patelis, Orestis Kostikidis, John Manaras and Alexandros Karaxalios getting down on a ton of rad spots, bringing a good mix of tricks and styles to the table. This also has some real clean film work. This is definitely a BMX video you won’t want to pass up! Enjoy!