John Buultjens sits down for an interview!

The latest episode of Brant Moore‘s Moore BMX podcast series continues. This time around John Buultjens sits down to talk. John is one of those guys who can really keep your attention with his story from his childhood on up through what he has going on these days with parting ways with Haro to firing up his own consulting company working with different BMX brands on projects. This is a real good listen, so get on that play button!

“John Büültjens has one of the most incredible stories within BMX that anyone has ever heard. From an abusive childhood home in Scotland, to the Brand Manager for Haro, one of if not the most iconic brand in all of BMX, to having a full on Hollywood movie starring Ludacris made about his life. John has been on an incredible journey in this lifetime and has said that his life is a study of survival. He was also the leader in the Haro Lineage project which brought countless individuals back to the sport of BMX. John Büültjens is a legend, let’s talk BMX with him!” – Brant Moore

Haro is celebrating the 40th anniversary with a new Lineage Master Freestyler. Here’s a quick video they put together giving us a look at the bike with John Buultjens and Bob Haro giving the run through with all the details. This was a live stream, so the video isn’t quite perfect, but it does give you a look at this amazing looking bike! These are limited edition and will be available at the end of the year!

“Celebrating 40 Years of Freestyle Radness is the Bob Haro Lineage Master Freestyler. Only 400 to be made! Bob’s first bike that revolutionized the sport of Freestyle BMX – The Haro Master has become one of the most iconic bikes in BMX history today.

Modern components and manufacturing processes make this remastered version of Bob’s original bike a must have for Haro and freestyle aficionados.

The story of John Buultjens turned movie is now here…

If you keep up with the BMX news, you probably saw a while back that there was a full-length feature film being made that’s based off the life story of Haro‘s Brand Manager John Buultjens. The movie will be dropping soon, with some premieres already kicking off. Here’s a look at the trailer that gives you an idea of what’s to come. This trailer doesn’t give away a ton since John’s story is super deep and it’s a long road from when he was a kid on up to where he is today. Either way, we’re excited to see this one since it looks real solid.

The book telling the story of Haro Brand manager, John Buultjens, has just been released as a book, ahead of the full-length feature film… 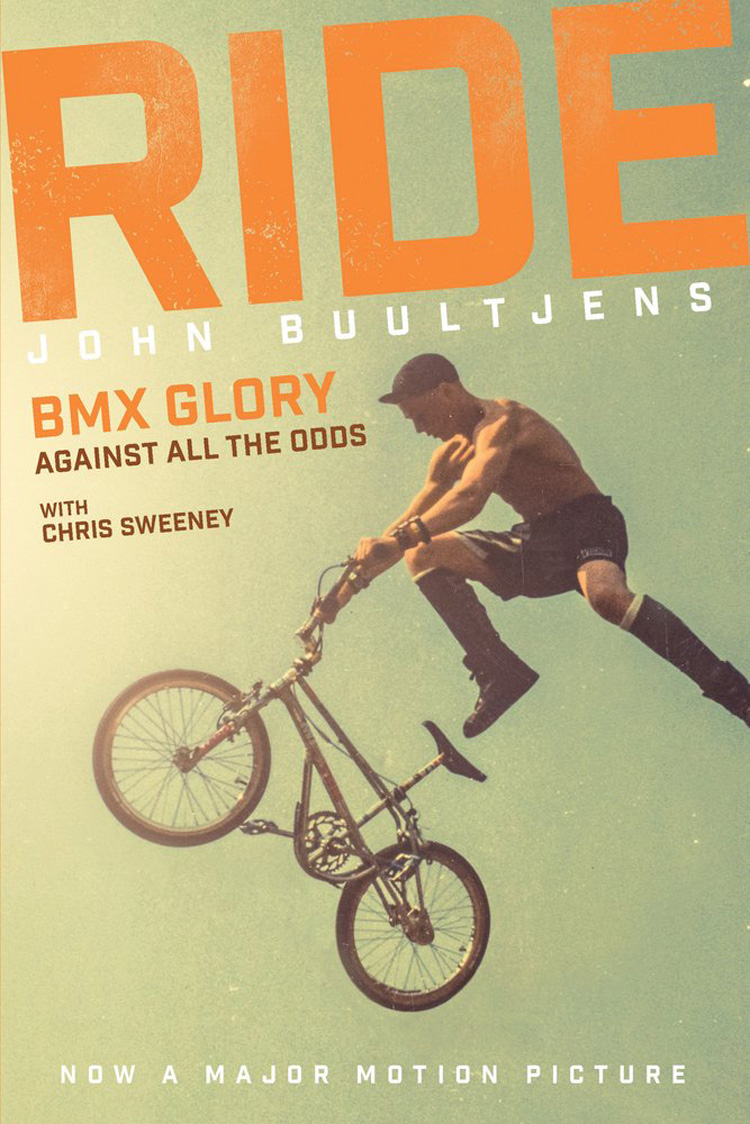 Anyone who has spent some time with John Buultjens knows he has one hell of a story and it’s an absolutely incredible one. What you might not know about the Haro Bikes Brand Manager is that he had a hell of a life growing up, leading him down the path to where he is today. There’s a full on movie about his story coming, but they just released the book to tell the story as well and it’s available NOW! Get the details below.

“Ride lays bare the harrowing beginnings and the tough life lessons learned by John Buultjens on his rise to BMX Glory, Against All the Odds. Raised by his poor family on Glasgow’s Drumchapel estate, he slept rough to escape his violent father’s beatings. Placed in a children’s home by his mother, he was then adopted by a bi-racial couple. After conquering his own racism, his life turned around, and the blockbuster movie E.T. inspired a love of BMX. Although spurred by bitterness, John’s emigration to Australia saw him take his sporting enthusiasm to new levels. Then came the call from California to lead Haro BMX. As their global brand manager, he now backs and sponsors riders across the globe. Hollywood has since turned his unbelievable journey into a movie, set for release in March 2018. Here, John reveals inner secrets including family murders, hatred, sexual abuse – and how his white-knuckle ride has taken him to the top against all the odds.”

Haro Bikes just dropped this video they put together featuring John Buultjens giving you a run through of the entire 2018 Lineage Complete Bikes line that will be released in March! As always, Haro have done an amazing job of combining modern features with the retro styles! All of these bikes look amazing, so hit play and get the full details!

“Feast your eyes on these!

With the influence of the 1988 line of bikes, BMX Brand Manager John Buultjens introduces the 2018 Haro Lineage complete bike line. 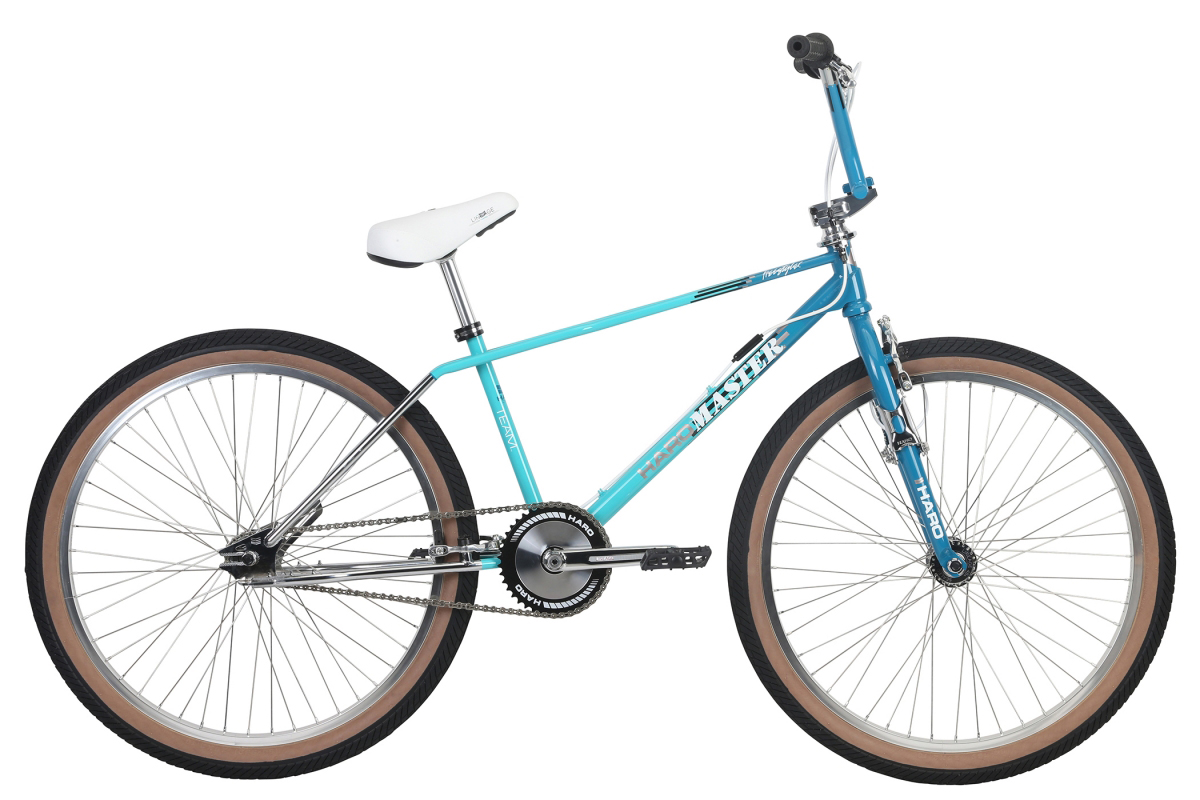 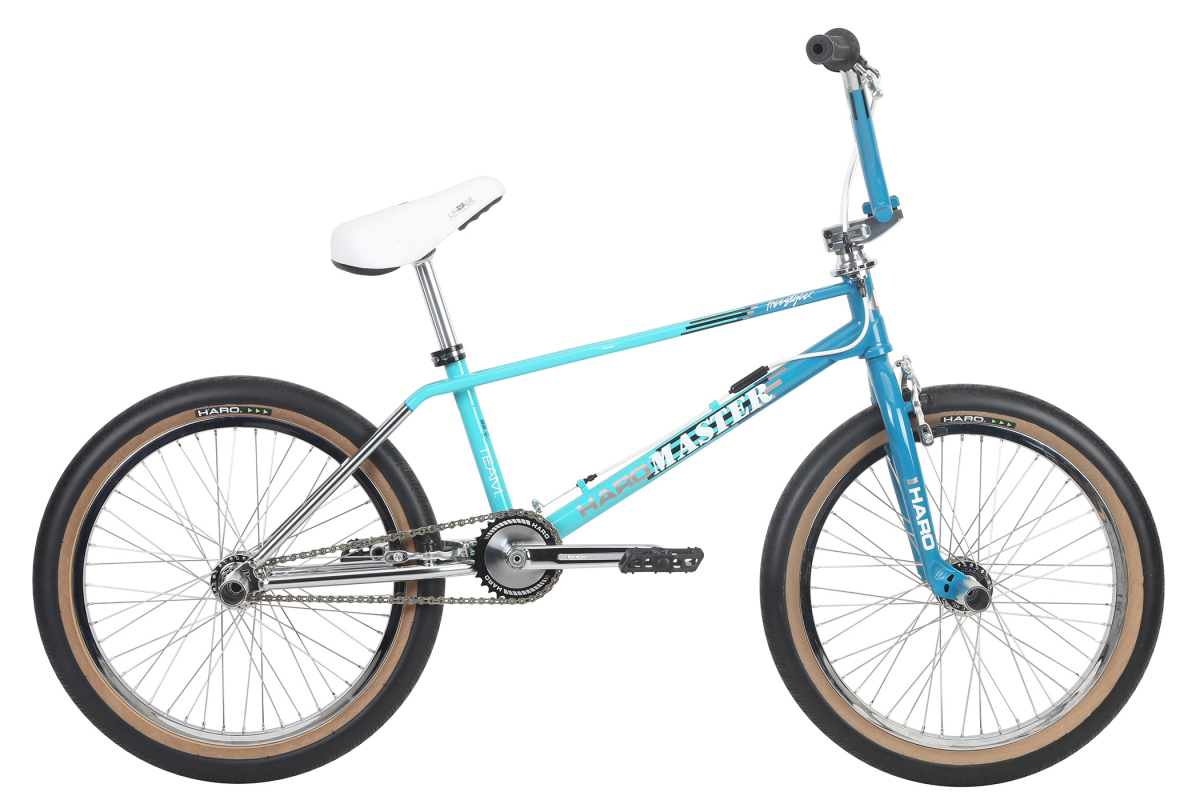 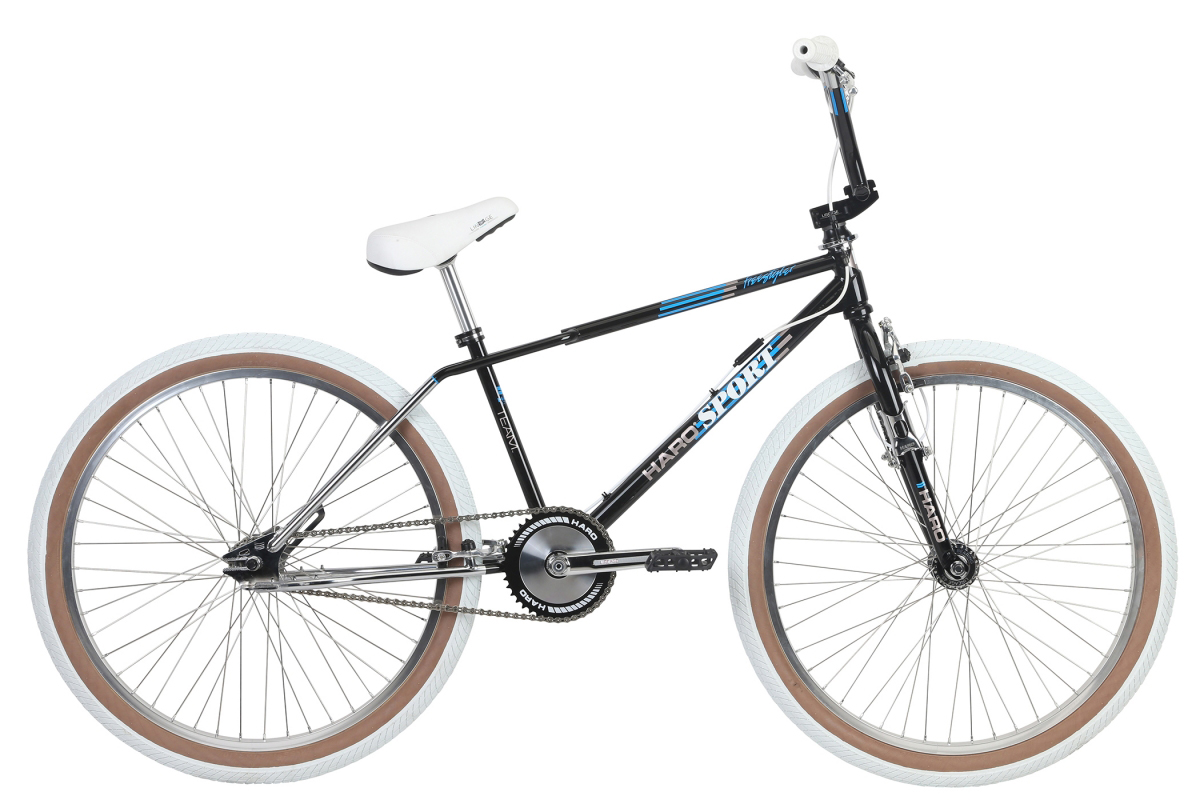 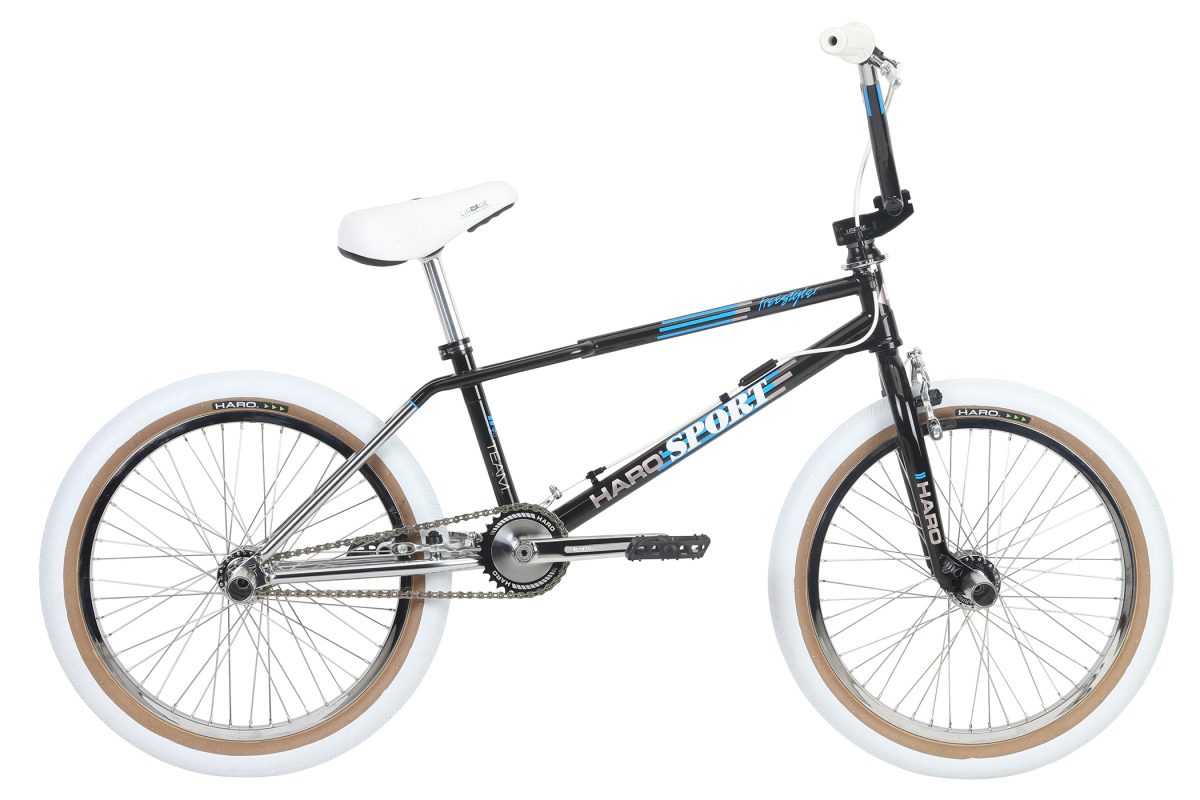 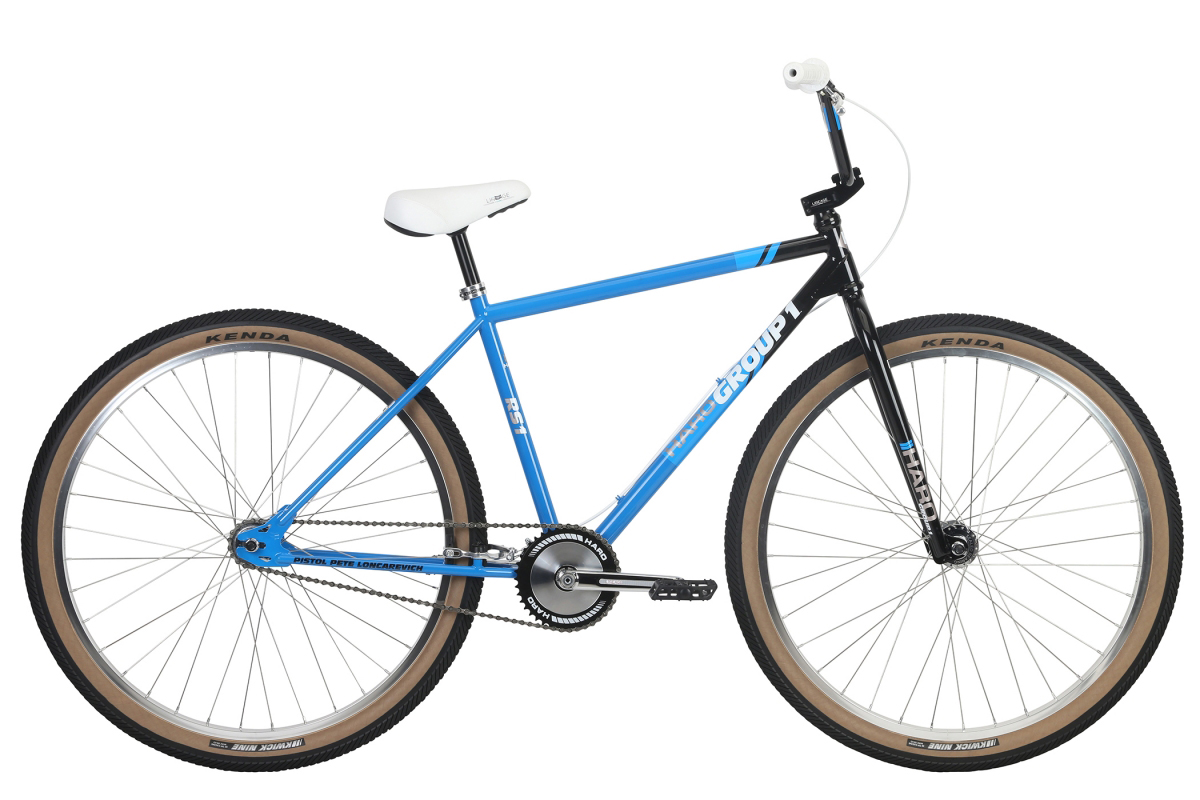 Here’s one we’re sure a ton of you will be excited about. Haro‘s Brand Manager, John Buultjens dropped this sneak preview of the frame and fork that will be used on the 2017 Dave Mirra Tribute Bikes that they are currently working on! Not a lot of details are available yet, but we do know that proceeds will be going to Dave’s family, and we assume these bikes will be pretty limited edition! We’ll definitely keep you in the loop as soon as we know more!

If you have been on Instagram lately, there’s a good chance you might have caught some glimpses into a new movie that’s in the works that is based around BMX. More specifically, it’s based around the incredible life of Haro‘s brand manager, John Buultjens, and how a new family and BMX completely changed his outlook on life and his future completely. This movie has a pretty interesting cast from a number of pro riders to guys like rapper / actor Ludacris and more! Hit play to check out a news story on the movie that gives you some details. We’re really looking forward to this one. John’s story is absolutely amazing and unless you have crossed paths with him, you probably haven’t heard it. This movie should really open up a lot of peoples eyes well beyond BMX riders. 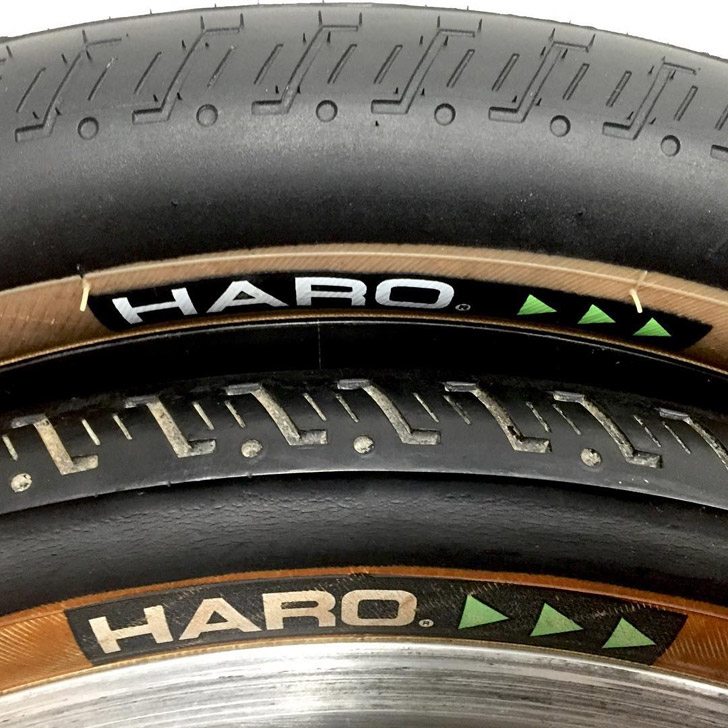 Over the course of the past few years, we’ve been seeing a lot of old school products being brought back to life between a number of brands like GT Bicycles and Haro. If you have been following Haro, it has been pretty rad seeing what John Buultjens has been making happen since he took the reigns. We’ve seen a number of retro inspired products surface over the past two or so years, and it looks like John isn’t done yet. We just spotted this sneak peek of the modern HPF tire next to an older HPF tire that we’re assuming is from the 80’s. No details on the tire yet, but we would imagine it will have the same tread pattern with a more modern size, appears to be a 2.20″ in the photo, but we could be wrong. We did receive a comment on Facebook saying that the tires will be available in 2.00″ and 2.20″ sizes after we posted this. So, if you are into the old school side of BMX, get excited. These have been two years in the making and we would imagine it won’t be long before you can pick these up through Haro dealers worldwide.