Woozy BMX dropped this new mix of footage from a full day of riding around Hastings, England with Alex Donnachie, Kriss Kyle, Jordan Godwin, Dan Paley and Kevin Kalkoff. The crew hits skateparks, street spots and a DIY spot, leading to a good mix of tricks and styles between each of these guys. The first part is more edited with the second part being a raw cut with some b-roll, crashes and some non-riding footage. It’s definitely an interesting watch from start to finish, so get on that play button and see what went down!

If you didn’t see this news coming, you have clearly been sleeping on Jordan Godwin. The crew over at Wethepeople have just announced that they have given Jordan the bump up to the Pro team! Here’s a video featuring a few of his older clips with some words from the team! We figured this news was coming since he has his own signature colorway coming for the Wethepeople Battle frame soon! You can get a look at it here — Interbike 2016 – Wethepeople

“Some things just make perfect sense. After one hell of a year, on trips across the world with the team filming for his upcoming section in our DVD “FOUNDATION”, it was a no brainer that Jordan Godwin should take his rightful place on the Wethepeople PRO team.

Unless you’ve been living under a rock, you will have witnessed just how hard this fast food addicted Welshman has been killing it this year. Jordan’s humble personality, positive attitude and downright savagery on a bike have really made him feel like part of the family here, and with Jordan now joining the PRO ranks you can expect to be seeing much more of him real soon.

Welcome to the PRO team Jordan, you earned it man!”

Here’s a short but sweet video Wethepeople dropped from a street session Jordan Godwin caught over the weekend! Plenty of technical grind lines cooked up in this one. Check it!

“50 seconds of pure perfection from the Welsh street wizard.

Did you catch the Battle of Hastings contest at Source Park today? If you missed the live stream, you definitely missed some insane riding. Lucky for you, there will be no shortage of footage from the contest popping up over the course of the next few days. Here’s a look at the crazy riding that went down during the Best Trick contest that Jordan Godwin won! So many crazy tricks in this one. Check it!

Wethepeople dropped this fresh new video Bike Check with Jordan Godwin and his fresh new Battleship setup that he’s testing out decked out top to bottom in Wethepeople and Eclat parts! Hit play to let Jordan give you the full run through, along with a few riding clips for good measure.

If you want a better look, there’s a couple of photos and a full parts list that you can check out right here! It looks like a super dialed ride to us! 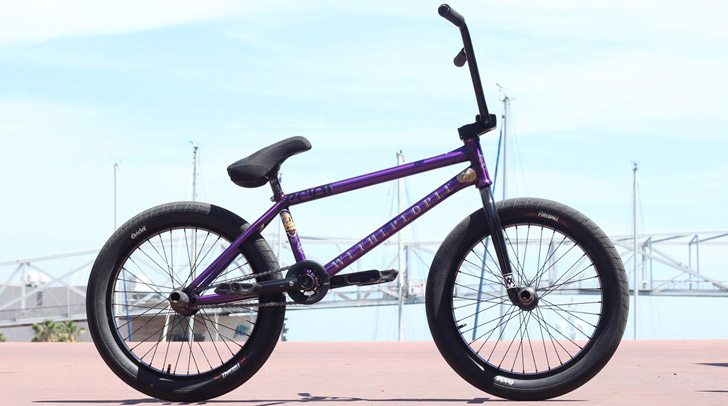 Wethepeople have released their latest On Board video. This time around they strapped the GoPro on Ed Zunda as him and some of the crew hit up spots around Barcelona, Spain while filming for Wethepeople’s latest video project. This gives you a look at some of the riding that went down, a little tube slingshot action and more. Hit play and take it all in from Ed’s POV!

“While filming for FOUNDATION, a new WTP video project; Ed Zunda hit the Go Pro for the day. So heres what its like to be on board with Ed for a day in the streets of Barcelona with Jordan Godwin, Mo Nussbaumer and Felix Prangenberg.”

Freedom BMX coming through with a rad new video from the Ciao Crew X DUB jam that went down in Frankfurt, Germany on BMX Day! This video is packed full of dialed riding from a ton of familiar faces on all the spots they cruised throughout the day with some techno beats! Hit play and take it all in!

“As part of the annual #BMXDAY found on 23 June 2016 Ciao X Dub Jam held in Frankfurt. Despite the miserable weather forecasts that even were loud Kachelmann until the eve of the jam with more than 80 percent, an estimated 170-200 people made their way into the German financial metropolis. including Sam Jones, Harry Mills Wakley, Jordan Godwin and Dub Jack from England. was launched at the IG Farben Building also known as Westend campus, from where it went towards Vicky’s school. There the session rather quickly rather LIT – P-Berg show included. With other spots and the ticking clock in the neck, the crowd moved towards the city center, where two rails was attacked at the Hilton Park. The next spot on the map was the world famous Junkie fountain where the swag was turned really fast. After a few silly NBDs it went over the UniRail the last spot: Bocki! There, the session went on until the rains arrived on time at 8 in Frankfurt. Since the majority of the people had been prescribed at this time pizza and beer, which was, however, no matter. Thanks to all for the dope day and shout-out to the Vienna group travel for the longest journey.

END_OF_DOCUMENT_TOKEN_TO_BE_REPLACED

Here’s a fun one for those of you who have been riding BMX for years now. Wethepeople decided to throw some questions at Jordan Godwin to see just how much he really knows about the history of his sponsor. Hit play and see if you can answer them correctly… They don’t give you the answers in the video, but you can check them out right here. If you can correctly guess these just watching the video, you’re going to feel old, haha. We personally got 4 out of 5.