We don’t see a ton of BMX videos coming out of India, but there’s more and more people picking up bikes. Here’s a video from some time Joris Coulomb spent cruising spots, taking in the sights and culture with some of the locals. This is completely different than what we see in more videos, so if you want to check something out that you don’t see every day, definitely hit play on this.

“It’s no secret that BMX enables you to connect with people throughout the world who you’d never usually encounter, and that’s what this video is all about. We take a look at the Mumbai, India Locals who Joris Coulomb rides with whenever he visits the country. This is a testament to the fact that riding bikes with friends is fun wherever you go and can shape your life positively.

The Shadow Conspiracy coming through with a fresh video giving us a look at what Joris Coulomb got into during a recent trip to India where he spent his time riding a few spots, taking in the sights and enjoying the culture. This was all self filmed, making for an interesting perspective. Take a look!

“Shadow rider Joris Coulomb continues his travels, and this time he went to India. Diving headfirst into the culture and the not-so-normal riding spots, Joris documents the full journey. Watch and see what happens when Joris experiences the beautiful country of India.

Filmed and Edited By: Joris Coulomb” – The Shadow Conspiracy

The annual BMX Street Line contest that BMX Avenue throws over in France went down the other weekend and a ton of riders turned out for a full day of riding and good times, along with a look at the new BMX Avenue shop. Hit play to check out what Joris Coulomb and all the other riders threw down!

“Bmx Avenue Street Line by Joris Coulomb. New shop, riders full of country, a pure afternoon, thank you to the sponsors
Sparky’s for rail, Shadow Subrosa lots and support! Vans for lots o support. Marie Jade for the goods and the presence of the riders.” – BMX Avenue

Alex Donnachie had a bunch of footage from some time in Barcelona, Spain this past winter. Instead of sitting on it for the new Nearly video, he decided to put together this mix featuring Anthony Perrin, Joris Coulomb, Alex Kennedy and Austin Augie going to work on spots. Hit play and take it all in. You already know these guys delivered.

“Post Simple Session this year saw a massive fleet of riders head to Barcelona to catch some rays, spots, coupla’ loose nights and warm up for the upcoming busy period in their schedules. Alex Donnachie originally had this footage allotted for the Nearly 5 DVD but instead he decided to link it into this mix video. Needless to say with the likes of Joris Coulomb, AK, Anthony Perrin, Austin Augie and more, things heat up real fast. This is a must-see today. ”

The Shadow Conspiracy and Subrosa have released their “ONE” video online for everyones viewing pleasure!

Here’s one we’ve been looking forward to for a few weeks now! The Shadow Conspiracy and Subrosa Brand team riders got together in in Atlanta, Georgia where they spent their time crushing spots galore! Hit play because this is 22 minutes of pure amazing.

“In celebration of the release of the “ONE” video use the code ATL-ONE on shop.subrosabrand.com or shop.theshadowconspiracy.com for 10% of your order for the next week. Deal ends Friday July 13th.

Subrosa Brand and The Shadow Conspiracy present ONE.

Get a look at the new Joris Coulomb signature OM Fork from Subrosa! 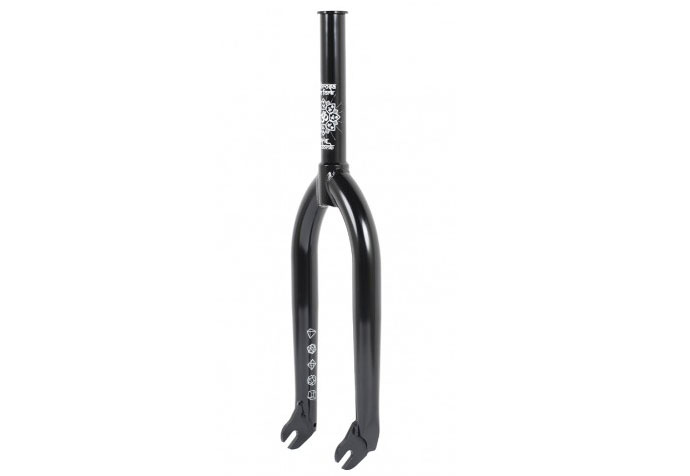 Is it time for a new BMX Fork? Here’s a look at the new Joris Coulomb signature OM Fork! This fork is made from 100% post-weld Deathproof heat-treated 4130 chromoly tubing with a 1-piece CNC machined steerer tube with a welded nut and compression cap, an increased fork leg radius for extra tire clearance, and 22mm offset dropouts. The OM Forks come in Black and Chrome with a weight of 32.3 oz. and can be picked up through BMX shops and mail-orders that carry Subrosa worldwide now, or from the SUBROSA WEBSTORE for $141.99 now. 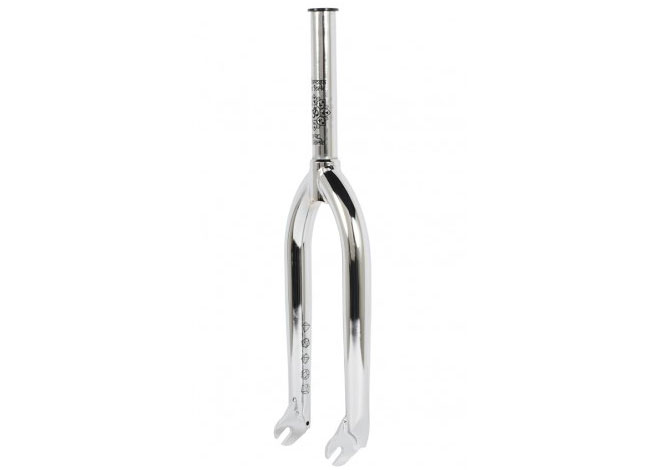 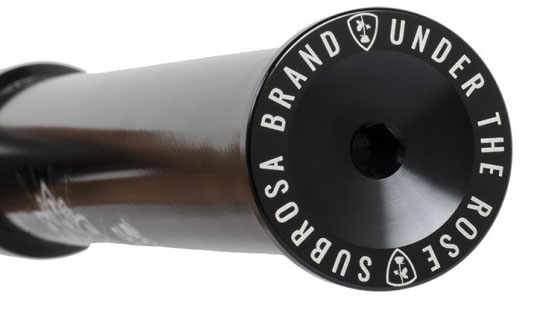 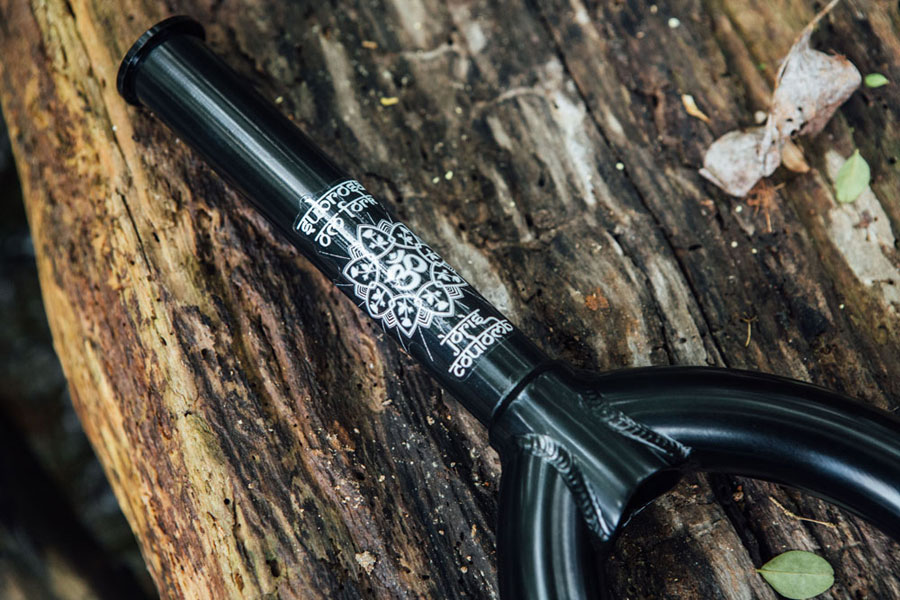 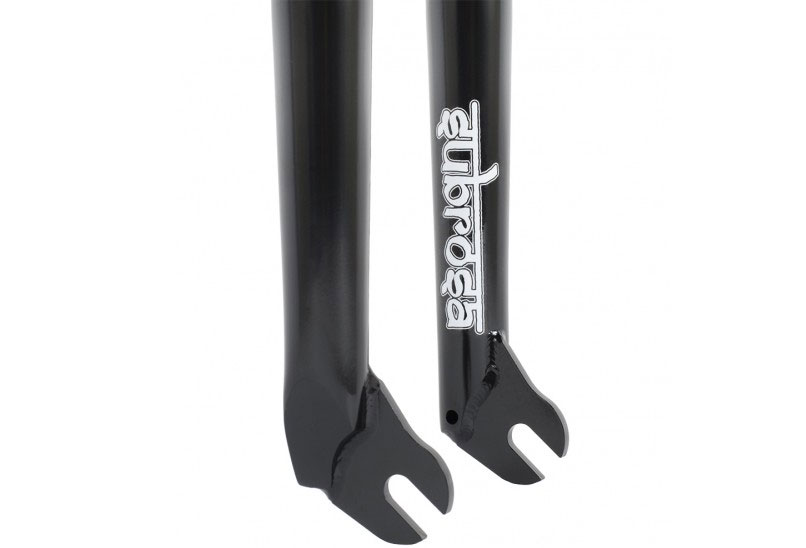 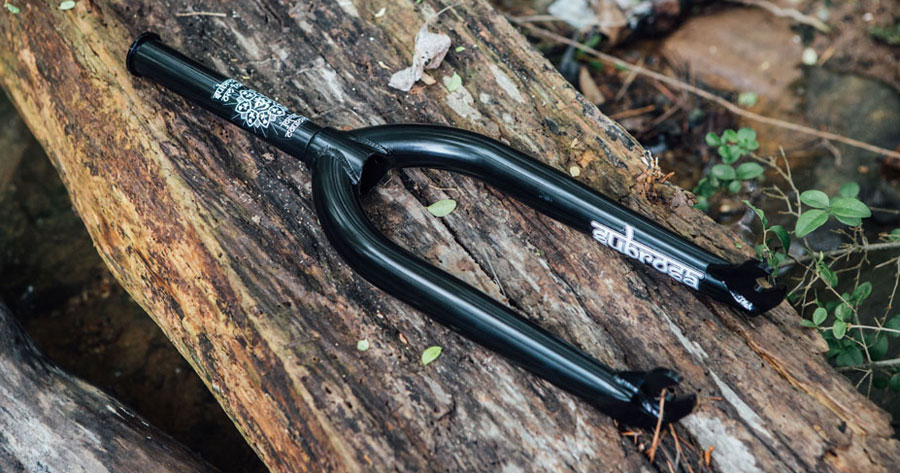 “Building off the success of the Joris Coulomb signature Om frame we’ve added forks to complete the kit. To match the responsiveness of the Om frame these new forks utilize a steeper 22mm offset, are lightweight, and are fully heat treated.” – Subrosa

That’s all the details on the new Joris Coulomb signature OM Fork from Subrosa! Do you have any questions? Let us know in the comments below!

Over the years, The Shadow Conspiracy and Subrosa Brand have existed under the same roof down in Florida, but we haven’t seen them do a lot of projects “together” so to speak, they’ve done a good job of keeping the brands separate. That changes with “ONE” which brings the team riders that represent both brands together for a team trip that was bound to produce some serious bangers. Today, we get a look at the trailer and if you aren’t excited to see this on the 4th of July, you’re crazy! Get ready!

“Subrosa Brand and The Shadow Conspiracy present ONE.